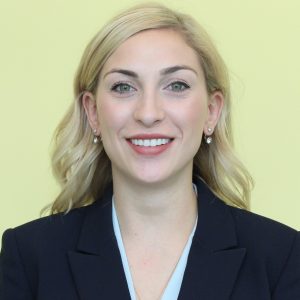 Nikkia Knudsen is a third-year law student from Kent, Ohio. She earned her Bachelor of Science in Biology and her Master of Health Administration from The Ohio State University. Before law school, Nikkia worked as a Home for Life Program Manager at National Church Residences. Nikkia is a Legal Research and Writing Assistant for Professor Danielle Stokes and a Senior Research Assistant for the Innovation Law Center. Nikkia spent her first summer as a legal intern for National Church Residences. She spent this last summer as a Summer Law Clerk for Vorys, Sater, Seymour and Pease LLP. Nikkia enjoys reading, attending workout classes, and spending time outdoors hiking, wakeboarding, or snowboarding. 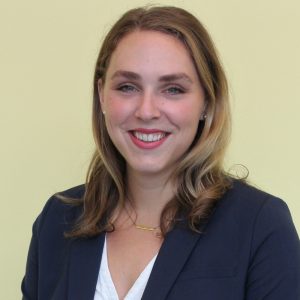 Bell Johnson is a third-year law student from Greenville, South Carolina. She graduated from the University of Missouri, earning a Bachelor of Journalism and a Bachelor of Arts in International Studies. In addition to earning her J.D., she is working toward a Masters in International Relations from Maxwell School of Citizenship and Public Affairs. In addition to her work with Syracuse Law Review, Bell is an Academic Success Fellow and a member of the Syrian Accountability Project. Bell spent her first summer of law school working as an intern for Cadence Consulting in Boston, Massachusetts in addition to traveling to Israel to complete a certificate in Counter-Terrorism Studies at the Interdisciplinary Center Herzliya. She spent this past summer as a Summer Associate at Arnold & Porter in Washington, D.C. 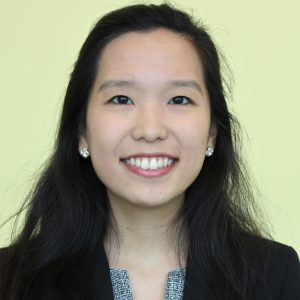 Lisa Liu is a third-year law student from Auburn, Alabama. She graduated from Cornell University, College of Arts and Sciences, earning a Bachelor of Arts in Biological Sciences. In addition to her work for Syracuse Law Review, Lisa was a Research Assistant for Professor Peter Bell and the President of the Asian Pacific American Law Students Association (APALSA). She is currently a Legal Research and Writing Teaching Assistant for Professor Courtney Abbott Hill and a research assistant for Professor Gary Kelder. Lisa spent her first summer of law school as a Summer Associate at Barclay Damon in Syracuse, New York. This past summer she was a Summer Associate at Skadden, Arps, Slate, Meagher & Flom in the New York City office. In her free time, Lisa enjoys cooking, kayaking, running, and watching Auburn football. 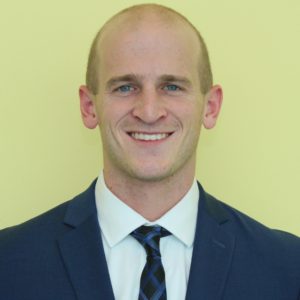 Mike Stoianoff is a third-year law student from Camillus, New York. He received his Bachelor of Arts from the State University of New York at Geneseo. In addition to his work for the Syracuse Law Review, he is a research assistant for the Honorable James E. Baker at the Institute for Security Policy and Law, a teaching assistant for Vice Dean Keith A. Bybee, and a member of the Travis H.D. Lewin Advocacy Honor Society. He spent his first summer as a judicial intern for the Honorable Jonathan W. Feldman at the U.S. District Court for the Western District of New York. During his second year, he was an intern for the Honorable Glenn T. Suddaby at the U.S. District Court for the Northern District of New York and the U.S. Attorney’s Office for the Northern District of New York. He spent last summer with Harter Secrest & Emery LLP in Rochester, New York.

Morgan Mendenhall is a third-year law student from Pittsburgh, Pennsylvania. She has her Bachelor of Arts in both Political Science and Journalism from Miami University in Oxford, Ohio. In addition to being the Senior Notes Editor, she is a teaching assistant for Vice Dean Keith Bybee and a student attorney for the Transactional Law Clinic. Morgan spent her first summer as a legal intern for Henderson Chambers in London, United Kingdom and her most recent summer as a Judicial Intern for the Honorable Tanya Chutkan in the United States District Court for the District of Columbia. Her hobbies include taking care of her plants, hiking, and reading. 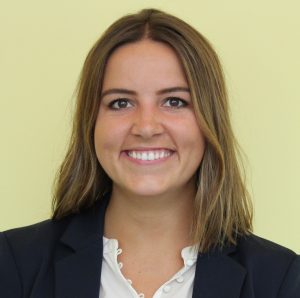 Anna Goodell is a third-year law student from Skaneateles, New York. She graduated from the S.I. Newhouse School of Public Communications at Syracuse University in 2015, earning a Bachelor of Science in Advertising with minors in Psychology and Strategic Management. Prior to law school, Anna worked as an Account Executive at an advertising agency for several years. Anna is concurrently pursuing her Masters of Public Administration from the Maxwell School of Citizenship and Public Affairs. In addition to her work for the Syracuse Law Review, Anna is a research assistant for Professor Arlene Kanter and a 1L Tutor. Anna spent her first summer as a Summer Honors Intern for the New York City Law Department. During the fall of her second year, Anna was an extern at the Onondaga County District Attorney’s Office. This past summer she was a Summer Associate at Jones Day in Cleveland, Ohio. In her free time, Anna enjoys long-distance running, reading, yoga, and cooking. 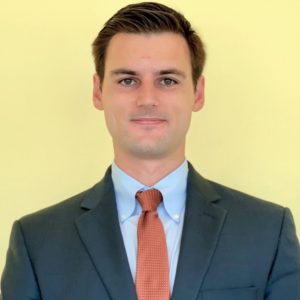 Roland Lindmayer is a third-year law student from Kennett Square, Pennsylvania. He is also pursuing an MBA in Finance at the Whitman School of Management. Prior to law school, Roland graduated from Pennsylvania State University with a Bachelor of Science in Economics. He then worked as an economist at Moody’s Analytics for two years. Roland spent his first summer in Washington, D.C. with the Insured Retirement Institute through the externship program. This past summer, he worked virtually as an honors legal intern for the Division of Investment Management at the U.S. Securities and Exchange Commission. In his free time, Roland enjoys playing tennis, playing violin, and snowboarding. 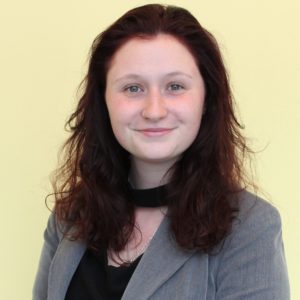 Kylie Mason is a third-year law student from Boston and Pittsfield, Massachusetts. She received a Bachelor of Arts in Philosophy and a Bachelor of Arts in Political Science with a Pre-Law Certificate from Siena College. In addition to her duties on Syracuse Law Review, Kylie is an LL.M. Mentor for the Office of International Programs, an Ambassador for the Office of Admissions, a research assistant for Professor Driesen, and an Orientation Mentor for the class of 2023. Kylie spent her first summer and second academic year as the Law Clerk for the Syracuse City School District Staff Relations team. Kylie spent her last summer and has continued into the Fall as the Law Intern for the Madison County Attorney’s Office. In her free time Kylie enjoys rock climbing, yoga, running, going to concerts, and watching the animated masterpiece Mulan (which is Kylie’s favorite movie). 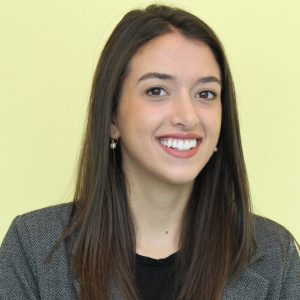 Lisa Cole is a third-year JD/MBA student from Lexington, Kentucky. She received her Bachelor of Science in Business Administration from Babson College. Lisa spent her first summer as an honors intern at the Securities and Exchange Commission. This past summer, she was a law clerk at Cahill, Gordon, & Reindel, where she will work after graduation. In addition to her work on the Syracuse Law Review, Lisa is an active member of the Advocacy Honors Society and competes in trial competitions. Lisa likes to travel, eat, and binge watch Netflix. 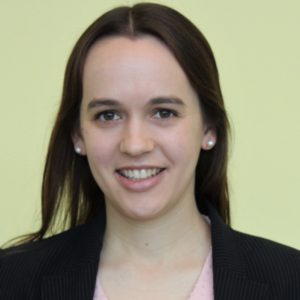 Erica Masler is a third-year law student from Cortland, New York. She earned a Bachelor of Arts in Psychology from Cornell University. Erica spent her first summer as a Summer Law Clerk at Bond, Schoeneck & King, PLLC in Syracuse, New York. During her second year, she was an extern for the Honorable Thérèse Wiley Dancks, Magistrate Judge for the United States District Court for the Northern District of New York. This past summer Erica volunteered with the Legal Aid Society of Mid-New York, Inc. In her free time, Erica enjoys traveling and playing violin. 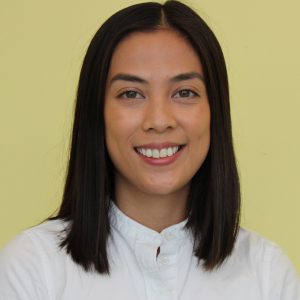 Kim Manas is a third-year law student from Montgomery, Alabama. She graduated from the University of West Florida, majoring in Health Sciences/Psychology of Health. Kim is a research assistant for Professor Andrew Kim and is involved in APALSA and OutLaw. She spent her first summer interning at the Commodity Futures Trading Commission in Washington, D.C. and this summer interning at the Kings County District Attorney’s Office. Pre-COVID, Kim enjoyed checking out new restaurants and bars and going to concerts. During COVID, she has started playing guitar again, facetimed a ton with friends, and enjoyed all the new music her favorite artists are putting out and all the Instagram live collabs, especially the Lil Jon, T-Pain battle. 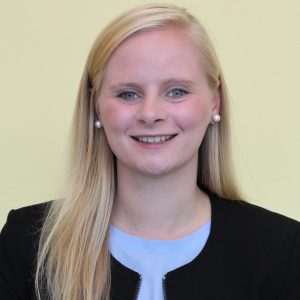 Emily Kosciewicz is a third-year law student from Rochester, New York. She received her Bachelor of Science in Finance and Accounting from The University of Rochester. In addition to her duties for the Syracuse Law Review, Emily is a Legal Research and Writing Assistant for Professor Shannon Gardner. Emily spent her first summer of law school as an In-House Legal Intern at CooperVision in Rochester, New York. She spent this past summer as a Corporate Legal Intern at SRC, Inc. in Syracuse.