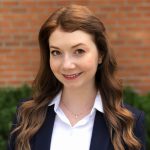 On February 4, 2021 Smartmatic, a voting software company, filed an attention grabbing $2.7 billion defamation lawsuit against the Fox News Network. The lawsuit, which was filed in the New York State Supreme Court, also targeted the Fox Corporation, three star anchors from the Fox News Network, as well as Rudolph Giuliani and Sidney Powell—both of whom are lawyers known for defending Donald Trump and who have made several appearances on the Fox News Network.

Smartmatic argues in its 276-page complaint that Fox, Giuliani, Powell and hosts Lou Dobbs, Maria Bartiromo, and Jeanine Pirro all intentionally lied about Smartmatic in an effort to mislead the public into the false belief that the 2020 presidential election was stolen from the former president. In its complaint, Smartmatic claims that Fox’s programs became a venue for a number of falsehoods about the company in the weeks after the election.

One such falsehood described in the complaint includes a claim that Powell made while on a November episode Bartiromo’s show. Powell falsely claimed that the Smartmatic software was designed for the specific purpose of rigging elections. More specifically, Powell stated:

“We have sworn witness testimony of why the software was designed. It was designed to rig elections . . . It was exported internationally for profit by the people that are behind Smartmatic and Dominion. They did this on purpose, it was calculated, they’ve done it before.”

The lawsuit also points to exchanges on Fox programs in which the defendants heavily imply that Smartmatic sent votes to other countries to be manipulated. In particular, the suit points to a Fox New segment from last November in which Pirro falsely claimed the following:

“The president’s lawyers [are] alleging a company called Dominion, which they say started in Venezuela with Cuban money and with the assistance of Smartmatic software, a back door is capable of flipping votes. And the president’s lawyers alleging that American votes in a presidential election are actually counted in a foreign country. These are serious allegations, but the media has no interest in any of this.”

Smartmatic argues that all of these communications and more caused the company reputational and financial damage. As a result, the company is seeking to recover in excess of $2.7 billion for the economic and non-economic damage that it alleges the defendants caused them as well as punitive damages.

The splashy allegations of economic harm in this case have left many in the public wondering exactly what defamation is and how likely it is that Smartmatic will prevail on its claims.

Defamation is a cause of action that allows individuals to recover for reputational harm. New York has defined defamation as a statement “which tends to expose a person to hatred, contempt, or aversion or to induce an evil or unsavory opinion in the minds of a substantial number of people in the community.” More specifically, defamation occurs when an individual or entity makes a provably false statement of fact that harms a person or company’s reputation. Therefore, it is possible for a company like Smartmatic to be the victim of defamation.

In order to succeed on its claim of defamation, Smartmatic will have to prove the several elements of defamation under New York law. Such elements include that the statement was false, factual in nature, published to a third party, constituted fault as judged by at least a negligence standard, and caused either special harm or constituted defamation per se.

With respect to the level of fault required, typically a plaintiff must only prove that the defendant was negligent in making the defamatory remark. However, if the harmful speech at issue was directed towards a public official or public figure, New York courts require a higher level of fault called actual malice. Contrary to what the name would suggest, the actual malice standard is not about whether the statement was made maliciously; instead, the actual malice standard is a very difficult standard to prove because it requires the plaintiff to show that the statement was made either with known falsity or with reckless disregard for the truth. As a well-known company, it is more than likely that the court will require Smartmatic to prove actual malice. In fact, Smartmatic has anticipated as much as indicated by the fact that the company’s complaint argues that the actual malice standard has been met.

Is Smartmatic likely to prevail?

While, ultimately, it will be up to the court to decide, even this early in the lawsuit, the facts of the case suggest that Smartmatic has a strong claim. In looking at whether the elements themselves are satisfied, it appears that Smartmatic will easily be able to satisfy the elements requiring that the statements in question be false, factual in nature, published to a third party, and caused Smartmatic harm. Although it has been highly contentious as to whether allegations of election tampering are false, the general consensus of independent experts, governors, and state election officials seems to be that these claims are baseless and untruthful. Thus, the court will likely find the element of falsity satisfied. Additionally, the communications at issue in this case appear to be factual in nature because they accuse Smartmatic’s technology of being specifically designed to tamper with election results. The defendants did not present these claims of election tampering as opinion or hyperbole and, as such, the court will likely find the “factual” element of defamation satisfied. Furthermore, Smartmatic will easily be able to show that the defendants’ allegedly defamatory claims were “published” because the defendants made these statements on television programs that were broadcast to the masses. Finally, Smartmatic will also be able to demonstrate that the defendant’s statements caused the company harm under a defamation per se analysis because the communication in question accuses Smartmatic of tampering with election results, which, if true, would constitute a crime.

However, the most difficult element that Smartmatic will have to prove will be that the defendants made these accusatory remarks with actual malice—that the defendants made these remarks knowing that it was false or with reckless disregard for whether it was true. Despite the difficulty Smartmatic faces in proving actual malice, Fox also seemingly believes that Smartmatic has a strong case as evidenced by news packages the company aired in response to the lawsuit. Following Smartmatic initiating this monster lawsuit, the media company began airing news packages debunking the claims it had been making against the voting software company. This move was likely made to lessen possible damages and to prevent the harm from continuing. Additionally, Fox also made the bold move of cancelling the show “Lou Dobbs Tonight,” following the filing of the Smartmatic lawsuit. Interestingly, sources say that the lawsuit was just one factor in Fox’s decision to cancel the program, but it is clear that the news network is facing immense legal pressure in the wake of this suit.

Although it seems that Smartmatic may have a strong case for defamation against these named defendants, only time will tell as to whether Smartmatic’s case is $2.7 billion strong.