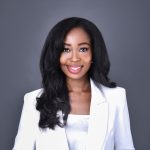 The ongoing abortion debate is a polarizing one, with pro-choice and pro-life advocates fervidly fighting for their position. The disagreement over this issue is far from resolved, and next fall, the country’s highest Court will review another layer to the controversial topic. Abortion-rights advocates challenge the Trump Administration rule, which bares Title X recipients from referring patients for abortions. Trump’s appointment of Justice Amy Barrett in 2020 transformed the Court, making it the most conservative it has been in nearly 70 years. This case will be the first time that the new 6-3 conservative majority will weigh in on the hot-button issue.

Title X is a Family Planning Program administered by the U.S Department of Health and Human Services. It is a federal grant program created in 1970 to provide comprehensive and confidential family planning services and preventive health services to low-income people and families. The program’s services include contraception counseling and provision, breast and cervical cancer screenings, testing and treatment for sexually transmitted infections, and pregnancy diagnosis and counseling. In 2019, the Trump- Administration issued a new rule revising regulations governing the program. In its press release, the Department of Health and Human Services describes the elements of the rule. The rule prohibits referral for abortion as a family planning method and requires a clear and financial separation between Title X-funded projects and programs or facilities where abortion is a family planning method. Family planning centers who want to continue to offer abortion services and counseling can only do so in a physically separate space from their other services. The separation rule applies to sub-recipients who provide services under an agreement with a grantee. To ensure that the entities understand permissible activities under Title X, the regulations require complete reporting by grantees about sub-recipients and informal partnerships with referral agencies. As expected, this polarizing topic has its supporters and its critics.

Opponents of the Rule

Opponents and critics refer to this as the “gag” rule, arguing that the rule is an attempt by the administration to control women’s reproductive rights by preventing doctors from speaking to pregnant women about their rights. Abortion rights groups and the American Medical Association find the prohibition to refer for or support abortion as a family planning method troubling and believe that being forced to withhold medical information from patients is a clear violation of medical ethics. Soon after the new rule was issued, Planned Parenthood left the Title X family planning program. The organization’s acting president, Alexis McGill Johnson, said that the Trump administration forced Planned Parenthood grantees out of Title X. Planned Parenthood has been part of Title X since the beginning. It serves nearly half of the nation’s 4 million Title X recipients. Planned Parenthood is not the only provider to leave Title X as a result of the new rule. Maine’s sole Title X grantee, Maine Family Planning, also withdrew. Opponents say that this rule and the exit of major Title X grantees like Planned Parenthood and Maine Family Planning could block 4 million people with low income who rely on Title X from getting accurate information and preventative care from their health providers.

Supporters of the Rule

On the other hand, this was a win for anti-abortion groups. Supporters of the new rule have longed pushed to cut all public funds from organizations that provide abortions. For them, this rule ensures that federal money is not used to fund abortions. Tom McClusky, vice president of government affairs at the anti-abortion March for Life, said that “abortion is not part of family planning and those services should be separate and even have separate facilities.” This is the dominant view among anti-abortion groups and republican leaders like former Vice President Pence, who has long rallied to defund Planned Parenthood. Anti-abortion groups recognize that many low-income people rely on Planned Parenthood and similar providers for many services that are not related to abortion. Hence, they promote redirecting funds to community health centers that treat low-income patients.

In response to the regulation, six states and over 1000 clinics have withdrawn entirely from the Title X network. Attorneys general from over twenty states, including New York, family planning organizations, and the American Medical Associations filed legal challenges to the regulation. While federal district courts have ruled against the rule and declared it an arbitrary and capricious interference with the Affordable Care Act’s provisions that bar interference with communications between doctors and patients, the Court of Appeals is split on the issue. The 4th Circuit Court of Appeals agreed that the regulations are arbitrary and capricious. The 9th Circuit Court of Appeals, however, allowed the regulation to go into effect. The Trump Administration’s regulation mirrors the regulations issued in 1988 by the Reagan Administration. Those provisions were also challenged and upheld in Rust v. Sullivan, where the Supreme Court held that the regulations did not violate the first or the fourth amendment. The Court held that the government may favor childbirth over abortion and is within its rights to allocate funds. The plaintiffs in this case include American Medical Association and Planned Parenthood. The decision to take the case will give the new 6-3 conservative majority on the high court its first opportunity to weigh in on the abortion debate.

What is Title X? An Explainer, Physicians for Reproductive Health, (last visited Feb. 28, 2021).