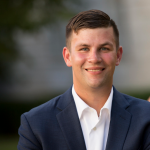 In October 2018 the FBI arrested Robert Rundo, Robert Boman, and Tyler Laube, while Aaron Eason surrendered to the FBI shortly after their arrest.  They were charged with a series of violent attacks at Huntington Beach, Berkeley, and San Bernardino in 2017.  Federal prosecutors also alleged that the means of interstate commerce to incite a riot.  The men were members of the Rise Above Movement (“RAM”), and two months earlier four California men were charged with their part in an attack at a “Unite the Right” rally in Charlottesville, Virginia.

The Anti-Defamation League described RAM as “a white supremacist group based in Southern California whose members believe they are fighting against a ‘modern world’ corrupted by the ‘destructive cultural influences’ of liberals, Jews, Muslims, and non-white immigrants.”  RAM used online recruitment videos and online propaganda that used footage of members fighting at demonstrations and working out.  The Southern Poverty Law Center also noted that members were often “photographed in bloody confrontations with protestors,” and trained in fighting techniques.

Issues revolving around the First Amendment and its limits have been swirling since the Capitol Riots on January 6, 2021.  The Ninth Circuit recently made a decision in United States v. Rundo that will implicate the cases arising out of the insurrection in Washington, D.C. on January 6, 2021.  The Court of Appeals reversed a dismissal by the district court on the grounds that the Anti-Riot Act was unconstitutional as it was facially overbroad.  The appellate court held that only severable portions of the Act were overbroad and reversed and remanded the case back to the district court for further consideration.

Defendants Robert Paul Rundo, Robert Boman, Tyler Laube, and Aaron Eason were charged with conspiring and agreeing to riot.  The defendants recruited members to RAM, attended combat training, and attacked people at rallies.  The defendants were also charged with using facilities of interstate commerce with intent to riot between March 27, 2017 and April 15, 2017.  The defendants recruited members to join RAM and conducted hand to hand training sessions.  Members of RAM travelled to political rallies in Huntington Beach, Berkeley, and San Bernardino after the training.  The group allegedly assaulted people at Huntington Beach and Berkeley, but not in San Bernardino.  During the period at issue, the defendants also used a credit card to rent a passenger van to travel to the Berkeley rally where they committed acts of violence.  The ruling of the Ninth Circuit made using the internet to recruit members to commit violence and renting a van with a credit card and transporting trained individuals to a rally with violent purposes was an overt act to incite a riot.

The defendants made several arguments supporting their assertion that the Anti-Riot Act was unconstitutional.  First they argued that the requirement that the travel in or use of any facility of interstate or foreign commerce relating to the overt act provisions in 18 U.S.C. § 2101(a)(1)-(2), (4) were too far removed in time from the riot to satisfy the imminence requirement mandated by the Supreme Court in Brandenburg v. Ohio.  In Brandenburg the Court held that in order to forbid or proscribe advocacy for force or lawless action, the action must be imminent and the advocacy likely to produce the action.  In Brandenburg the Court distinguished the abstract teaching of the necessity to resort to force or violence and actually preparing a group for violent action, and held that a statute can only stop the latter.

The Ninth Circuit dismissed this argument and adopted the Seventh Circuit’s interpretation of the overt act provisions.  The Ninth Circuit noted that the use of a facility of interstate or foreign commerce included conduct.  It held that the Anti-Riot Act limited the meaning of overt act to mean the requirements in 18 U.S.C., § 2101(a)(1)-(4), which meant those acts themselves—not the steps to achieve those acts—were the required overt acts.  Under this interpretation the bill did not generally criminalize “overt acts” it specifically criminalized the overt acts in 18 U.S.C. § 2101(a)(1)-(4).

Second, the defendant argued that the actions in 18 U.S.C. § 2101(a)(1)-(2), (4) were overbroad because they criminalized speech that urged, instigated, organized, promoted, or encouraged a riot and advocated any act or acts were right or that people had the right to commit them.  The court noted that 18 U.S.C. § 2102(b) indicated the definitions of “incite a riot” and “organize, promote, encourage, participate in, or carry on a riot,” applied to but was not limited to urging or instigating people to riot and not the advocacy of ideas or expression of belief not involving the rightness or right to violence.  The Ninth Circuit held that instigate, aid, and abet met the requirement for imminence, but urge, organize, and encourage or promote did not meet the imminence standard under Brandenburg.

Third, the defendant also argued that the definition of riot was unconstitutional.  The appellate court dismissed this argument as the statute required one or more acts of violence or one or more threats to commit an act of violence that constituted a clear and present danger of or that resulted in the damage or injury to the property or person of another individual.  The Ninth Circuit noted that the requirement for violence or threat of violence was not protected speech.

Finally, the defendants argued that Anti-Riot Act violated the heckler’s veto doctrine.  The heckler’s veto doctrine states that speech cannot be restricted because of anticipated disorderly or violent reaction of the listeners.  The Ninth Circuit also dismissed this argument because the Act required intent to engage in a prohibited overt act was a prerequisite to punishment, and these overt acts required an intent to incite a riot, not knowledge that one might possibly happen.  After confronting the defendant’s arguments, the court held that the unconstitutional sections of the Anti-Riot Act that related to actions that help organize, promote, encourage, urge, and speech not involving advocacy of any act or acts of violence or assertion of the rightness were severable from the act.

The Ninth Circuit reversed the holding of the district court that the Anti-Riot Act was overbroad and unconstitutional and remanded the case back to the court.  Under this order the district court must consider if the defendant’s actions of using volent videos the internet to recruit members, giving them combat training, then using a credit card to rent a van to transport members of a group with the reputation for committing violence at political rallies incited, aided, or abetted a riot.

The primary recruitment tools of groups involved in the Capitol Riot like RAM was social media.  RAM posted videos flashing between moments of members engaged in combat and working out.  The purpose of the group was to attend rallies and operate as a “Fight Club,” and attack counter-protestors.  Similar posts on social media from groups with violent histories that were aimed at inciting violent acts at the insurrection on January sixth.  If any violent groups utilize social media to recruit or used means of interstate commerce to travel with violent intentions or to incite, aid, or abet violent acts, the Anti-Riot Act should be utilized by prosecutors.

Josh Gerstein noted that the decision by the Ninth Circuit might inspire the Department of Justice to utilize the Anti-Riot Act against participants in the January 6th insurrection.  This decision also helps provides guidance as Americans grapple with the meaning and scope of the 1st Amendment.  The Ninth Circuit made it clear that the imminence requirement from Brandenburg does not allow the government to act too soon, “but it can act before it is too late.”

While the debate around censorship by tech companies like Twitter rage on, those using social media platforms must be wary about their posts as any post that could have inctited a riot will be scrutinized under a microscope.  The existence of this legal standard might also make it easier for online platforms like Twitter, Facebook, or Instagram to flag and remove the posts and report them for potential misconduct.  If prosecutors investigating the riot decide that the words and actions in interstate commerce of participants leading up to January 6, 2021 incited, aided, or abetted a riot, the Anti-Riot Act could be used to bring additional charges.