Alessio Evangelista has had a distinguished legal career at the United States Department of Justice, where he served as an Assistant U.S. Attorney for the District of Columbia prosecuting individuals and business organizations for violent crimes and white collar offenses, and at Main Justice as Deputy Chief of the Bank Integrity Unit in the Money Laundering and Asset Recovery Section. Most recently, Alessio was the Principal Assistant United States Attorney for the District of Columbia where he led and managed the largest U.S. Attorney’s Office in the nation for over two years.

Alessio Evangelista grew up in Pittsford, New York. He went to SUNY Geneseo, where he majored in economics. While there, he discovered that he was drawn to economic policy, philosophy and the law. As a result, he applied to law school and was accepted to the Syracuse University College of Law. Syracuse was a perfect fit for Alessio and his wife Rebecca. As he embarked on his law school journey, she began her medical career at SUNY Upstate Medical University.

At the College of Law, Alessio participated in Moot Court and served as Editor-in-Chief of the Syracuse Law Review.  After graduating summa cum laude in 1995, Alessio clerked for two years for the Honorable Frederick J. Scullin Jr. of the United States District Court for the Northern District of New York while his wife completed medical school. Thereafter, Alessio applied to several top law firms in Upstate New York, New York City, and Washington, D.C. After his wife secured a general surgery residency at George Washington University Hospital, he accepted an offer to become a litigation associate at Covington & Burling LLP in Washington, DC. Although he gained excellent civil and criminal litigation experience at Covington, he soon discovered that his true passion was criminal law. According to Alessio, “It turns out that a lot of civil lawyers are not very civil to each other.  Most criminal lawyers, on the other hand, are incredibly professional and courteous.  After all, in most criminal matters, a person’s liberty or a company’s ability to continue operating is at stake.”

After working at Covington for over two years, Alessio decided to pursue another one of his passions: business and entrepreneurship.  Two friends from Covington were launching Fastcase, an online legal research company, and he joined the Fastcase team as one of their first employees. However, after a few months, Alessio missed the law. “I was with my wife at an awards ceremony for medical professionals, and the theme of helping people and being part of a noble profession really resonated with me.” He returned to the practice of law and joined a mid-sized law firm called Beveridge & Diamond in Washington, DC,. While there, he handled primarily criminal matters while working for a partner who was a former Assistant U.S. Attorney for the District of Columbia. 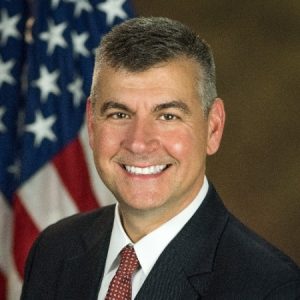 Inspired by the partner he worked for and the other former prosecutors he met, Alessio applied for and accepted an offer to become an Assistant United States Attorney at the U.S. Attorney’s Office for the District of Columbia. He spent his first nine years in the Office investigating and trying violent crime cases, including shootings, car jackings and homicides in the Superior Court for the District of Columbia.  He also served as a deputy chief in the Major Crimes Section where he supervised dozens of prosecutors who investigated and prosecuted violent crimes in the Superior Court Division.

After spending nine years trying and supervising cases in the Superior Court Division, Alessio sought a different challenge. He spent the next three years as a Senior Assistant U.S. Attorney handling federal national security cases, including counter-terrorism investigations, international money laundering investigations and cases involving violations of U.S. economic sanctions and export regulations. Alessio was recruited to combine his supervisory experience and national security and international money laundering experience as Deputy Chief in the Bank Integrity Unit at Main Justice, where he supervised the investigation and prosecution of individuals and financial institutions for money laundering, sanctions evasion, and other criminal violations.

In the Fall of 2017, Alessio returned to the U.S. Attorney’s Office for the District of Columbia to  become the Principal Assistant United States Attorney, where he was responsible for the overall leadership and management of the office. He oversaw all of the litigating divisions of the office and was responsible for building and maintaining the office’s relationship with external partners including numerous local and federal law enforcement agencies, community organizations, the City Council, and other components of the Department of Justice.

Most recently, Alessio served as his office’s Pandemic Response Coordinator, where he led the office’s response to the COVID-19 pandemic. He was responsible for ensuring that employees and contractors were safe by conducting contact tracing after possible exposure incidents at the office and converting almost the entire office of over 800 people to remote work. Throughout the response, Alessio stressed that it was crucial to maintain honest and transparent communication with employees. He also led the Office’s effort to work with the courts, defense counsel, and law enforcement partners to ensure the fair and impartial administration of justice and public safety.

Alessio’s impressive career has taught him many valuable lessons for current law students and young lawyers. He believes that there are three essential traits to effective leadership, especially in a crisis: integrity, compassion, and perseverance. Throughout his career, Alessio has exercised integrity in dealing with courts, clients, witnesses, and employees by always being honest, transparent, and accurate. He has exercised compassion when delivering difficult news to clients, victims, witnesses, and employees with empathy. Lastly, he has persevered by working through the pain and fatigue that is inevitable in our profession. According to Alessio, “these three traits, integrity, compassion, and perseverance, make lawyers extremely important and impactful in times of crisis. They are like muscles that you started building in law school and hopefully continue to build throughout your legal careers.  You will need them when you are called upon to provide sound advice or lead others in a time of crisis.”

On the uncertainty ahead, and his advice to current students and recent graduates seeking to start their legal careers: “Focus on learning the art of lawyering from your professors and experienced attorneys, and make sure integrity, compassion and perseverance guide your thoughts and actions as you progress through your career.  You are now part of a noble profession and the world needs you.”

This story was written by Alumni Editor Gaity Hashimi, and is the twenty-seventh installment of Syracuse Law Review’s monthly feature, “Alum of the Month”. Stay tuned for next month’s feature on another noteworthy Syracuse Law Review alumnus.