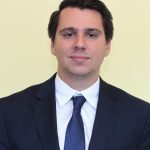 Herbalife Nutrition Ltd., the multi-level marketing health supplements corporation, is no stranger to controversy in the public eye. Ingrained in the social media era, Herbalife has sometimes been called a predatory pyramid scheme, one that obtains their monetary benefits primarily from recruitment rather than the sale of goods and services to the consumer. The multi-level marketing business diagram means that unlike a traditional business strategy that builds the majority of its revenue on the sale of goods or services, Herbalife’s push for recruitment of new distributors of its product acts as a significant source of its income.

Herbalife as well is no stranger to lawsuits and legal troubles. In 2018, the Federal Trade Commission fined Herbalife $200 million after an investigation into the company’s core business model but did not officially label the company a pyramid scheme. In addition, just last year, Herbalife agreed to pay a $20 million settlement with the SEC. The payment was to settle a claim that the company falsely told its investors that its operations in China used different business practices, as the multi-level marketing business diagram that Herbalife uses in the U.S. is illegal in China. In reality, between 2012 and 2018, where Herbalife’s alleged misrepresentation occurred, Herbalife’s practices in China mirrored those in the rest of the world, the SEC said. Herbalife finds itself once again in potential legal trouble, this time foralleged violation of the Foreign Corrupt Practices Act of 1977.

What is the FCPA?

The Foreign Corrupt Practices Act of 1977 is a U.S. federal law that prohibits U.S. individuals and business entities from bribing foreign government officials in the pursuit of business interests. The FCPA has a broad scope and applies worldwide to publicly traded companies and their personnel. Following the 1998 amendments, the FCPA as well applies to foreign subsidiary counterparts.

One of the more significant provisions of the FCPA is the “books and records provision.” The FCPA requires all companies with securities listed in the U.S. to meet specific accounting requirements, such as ensuring accurate and transparent financial records and maintaining internal accounting controls. The Department of Justice (DOJ) and the Securities and Exchange Commissions (SEC) jointly enforce the FCPA.

Herbalife has found itself again in hot water. On May 7, 2020, Herbalife, in its quarterly report with the SEC, announced that it has reached an agreement to pay $123 million in the resolution of foreign bribery investigations by the DOJ and the SEC in connection with Herbalife’s Chinese operations. Herbalife, in its filed quarterly report, said that it planned to resolve investigations into the company’s compliance with the FCPA in China. Under the proposed settlement, Herbalife said it would enter a deferred prosecution agreement with the DOJ. This tentative agreement would defer criminal prosecution of the company on charges related to a conspiracy to violate the “books and records provisions” of the FCPA for three years. Such provision of the FCPA requires accurate and truthful reporting for the company. According to Herbalife, if the company conforms with the terms of the agreement and submits compliance reports to the SEC, the charge would be dismissed with prejudice.

The $123 million settlement stems from the alleged conduct of two former executives of the Chinese subsidiary of Herbalife. Yanliang Li, who served as the company’s general manager in China until 2017 and another former Chinese executive, were charged in November with conspiring to bribe officials in return for business advantages, including licenses for ten years starting in 2017 in violation of the FCPA. Neither individual has been arrested by U.S. authorities yet. The pair allegedly paid bribes to several officials. These alleged briberies include the officials at China’s Ministry of Commerce who administer selling licenses, the Administration for Industry and Commerce, who enforces China’s direct selling laws, and China Economic Net, a state-owned media company who had written articles about Herbalife.

It is unclear what will transpire for Herbalife under the tentative agreement between the company and the SEC and DOJ. However, if Herbalife does pay the settled $123 million to resolve the foreign bribery allegations in connection with its Chinese subsidiary’s conduct, the bribery charges will be dismissed upon meeting the rest of the terms of the agreement and submitting sufficient compliance reports to the SEC.

T. Markus Funk, Getting What They Pay For: The Far-Reaching Impact Of the Dodd-Frank Act’s ‘Whistleblower Bounty’ Incentives on FCPA Enforcement, White Collar Crime Report