Gregory Thornton always knew he wanted to work in a professional field. While in undergrad at Colgate University, Greg started out as a pre-med major. He soon realized that medicine was not his forte and turned to his love for literature and history. Greg changed his major to English with a minor in philosophy. While he enjoyed his major, he still had a desire to work in a professional field and wanted to have an array of opportunities, so Greg applied to law schools. 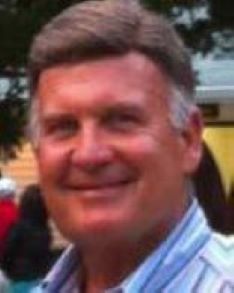 During his time as in undergrad, Greg met his now wife while she was finishing up her studies at Elmira College. Greg applied to Syracuse and was able to start law school while his wife finished up her final year of undergrad.

Greg’s started law school like most other law students, he had no idea what type of law he wished to study. During his second year, Greg had the opportunity of taking labor courses with  Professor Robert Koritz and devolved an interest in labor law. Greg loved this area of the law and the opportunity it gave him to use his own creativity to solve labor relations issues especially in collective bargaining. With the love of labor law in mind, Greg applied for clerk positions in firms around upstate New York that had labor practice.

Greg ended up clerking at Hinman, Howard, & Kattell in Binghamton and Blitman & King, LLP in Syracuse. These two firms allowed Greg to get some experience in labor law practice during his time at law school. He was able to get a sense of both the union side and the management side of labor relations; an experience that Greg would soon use in his legal career.

Finding a job after graduation was no easy task back then. Greg contacted firms on his own, set up his own interviews, and mailed out inquiries and resumes to over a hundred firms. His final year of law school was spent taking trips all over upstate New York, Connecticut, and North Carolina applying to various firms with labor practice departments. Greg’s hard work paid off and he accepted a position at Pullman, Comley, Bradley, and Reeves (now known as Pullman & Comley, LLC) in Connecticut. Greg was particularly excited about starting work there since the firm had an extensive labor practice. After graduating in 1971, Greg and his wife packed up their bags and left Syracuse and headed to Connecticut. Greg was admitted to Connecticut Bar that year.

While at the firm, Greg worked as an associate under Dwight Fanton who at the time was the head of the labor practice at the firm. Dwight had a number of clients including several Connecticut newspapers. Greg worked with Dwight and, after about a year at the firm, ended up doing labor work and negotiating contracts with clients himself- a fast track opportunity for only being a year out of law school. He also had the advantage of practicing under a supportive mentor in Dwight Fanton.

His time at Pullman, Comley, Bradley, and Reeves brought him in contact with the Gannett Co., a national newspaper chain that published more than a hundred newspapers all over the country with more than 150 labor contracts across the chain. This contact with Gannett turned into a job offer and was only the beginning of Greg’s fulfilling legal career, working with a wide vary of newspapers. Greg took the opportunity with Gannett and once again, he and his wife packed up their bags and headed to Rochester.

While at Gannett, Greg was admitted to the United States Federal District Court and the Sixth Circuit and Second the Court of Appeals, and ultimately the United States Supreme Court- though his one case there only went as far as being denied certiorari. As Director of Labor Relations and Labor Counsel for Gannett, Greg represented Gannett before the National Labor Relations Board and various state human right agencies. The papers Greg represented in negotiations and labor manners ranged all over the country from New York to Michigan to California to even Hawaii.

He truly enjoyed seeing how labor/ management relations worked all over the country. One instance in particular Greg remembers was his time in Hawaii. Greg was in Hawaii negotiating contracts for almost three months. The labor relations atmosphere there were vastly different than on the “mainland”. There were no suit and ties worn, deals would often be made over group meals, and sometimes “off the record” meetings were even held in huts on the beach.

Though Gannett was a great experience, the traveling started to take a toll. Greg wanted more time with his family. Representatives of the Chicago Tribune Company contacted him about a position with the New York Daily News. Greg ended up taking up this new opportunity with the Daily News in New York City. During this time, newspapers began to start to feel the effects of dramatic changes in the industry with automation and the internet. There were strikes, threats of closing, and massive consolidations were needed. This was especially true at the Daily News. Greg and those he worked with dealt with tough negotiations and concession agreements between the unions and the owners of the newspaper. With hard work, Greg was able to work through these problems and ended up receiving special recognition by the Tribune Company with the Robert Reneker Award for Outstanding Newspaper Executive of the Year in 1983.

In 1988, Greg received an opportunity to join the Boston Globe. He met with Bill Taylor, the then chairman and publisher. An agreement was reached, and Greg became the Vice President of Employment Relations. He was the Chief Spokesman for all the negotiations for the Boston Globe. Greg became very involved with the Globe on these issues and continued working on them during the transitioning when the New York Times bought the company in 1994, ultimately dealing with a huge revenue loss in 2008 as a result of declining revenues. Greg came up with plans to negotiate the needed changes to the labor contracts to help get the company back on track and in “the black”. Greg ended up being a recipient of the Cushing-Gavin Award in 2002 for his outstanding labor union/ management work. During his time at the Globe, Greg became Senior Vice President of Operations and Employee Relations and became responsible for the Globe’s printing operation as well as all of its plants in addition to the labor negotiations.

After 22 years of working with the Globe, Greg retired in 2010, although he continued for two more years in a consulting capacity. Now, Greg, his wife, and children enjoy their new snowbird home in Florida during the winters. Greg is grateful of all the opportunities his career has given him and gives extensive gratitude towards his wife for being his biggest supporter. Greg’s time on Law Review and his education from law school helped guide him during his career path. When looking into an initial positions, Greg encourages students not only to look at the compensation, but also to look at the hands-on opportunity and the mentorship support the position may offer.

This story was written by Alumni Editor Stefani Joslin and is the sixteenth installment of Syracuse Law Review’s new monthly feature, “Alum of the Month.’ Stay tuned for next month’s feature on another noteworthy Syracuse Law Review alumnus.