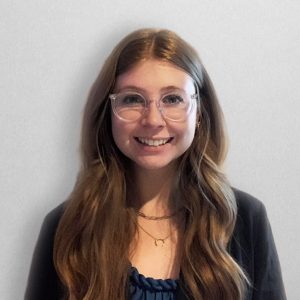 After almost forty hours of deliberation spread across six days, jurors in the Ghislaine Maxwell trial found the British socialite guilty on five counts. Her conviction includes the charges of sex trafficking of a minor, transporting a minor with the intent to engage in criminal sexual activity, and conspiracy charges. She was acquitted on a sixth charge of enticing a minor to travel to engage in illegal sex acts.

Maxwell was held liable for her involvement in convicted sex offender Jeffrey Epstein’s network of recruiting underage girls for sex. He died in prison awaiting trial for sex trafficking charges. Prosecutors accused Maxwell of luring young girls into sexual relationships with Epstein over a 10-year period. The trial included testimony from four women who spoke of Epstein’s abuse that Maxwell facilitated and even participated in at times. Maxwell maintains she is merely a scapegoat for Epstein’s actions.

Maxwell faces up to 65 years in prison. The judge in the case, U.S. District Judge Alison Nathan, recently announced a sentencing date of June 28.

However, Judge Nathan is also considering a request to overturn Maxwell’s conviction. Maxwell’s legal team has asked for a new trial because of concerns over a juror’s conduct. They accuse a juror of failing to disclose that he was a victim of sexual abuse during a pre-trial screening questionnaire. The question asked whether he or anyone in his family had been a victim of sexual abuse. Those who answered “yes” were submitted to follow-up questioning from Judge Nathan to assess whether they could be impartial if chosen to sit on the jury.

The juror, identified by his first and middle names, Scotty David, has said he did not remember seeing the question because he “flew through” the form. Since he did not answer yes, David was not subject to follow-up questioning before trial.

In the United States court system, the inclusion of a prospective juror on a jury can be challenged for cause or as a peremptory strike. For cause challenges occur when the judge dismisses a juror because they believe the person is biased to a degree that would substantially impair their ability to render an impartial verdict. Each side is also entitled to a number of peremptory challenges, which means they can dismiss a designated number of jurors without any particular reason.

David’s disclosure of his own experience with sexual abuse would have given Judge Nathan the ability to determine whether a for-cause challenge was required. Since there was no pre-trial questioning on the subject, it is unknown whether David had any personal bias that played a role in his decision-making. Additionally, David’s truthful answer might have given the defense a reason to use a peremptory challenge had Judge Nathan not dismissed him for cause.

Overturning a verdict for a juror’s failure to disclose information does not occur in every instance. The moving party must show that the lack of disclosure resulted in the denial of a fair trial because of the juror’s bias, a high standard to meet.

For example, in the 2016 trial of New York City police officer Peter Liang for the murder of Akai Gurley, the defense tried to get Liang’s manslaughter conviction overturned after a juror failed to disclose that his father had been convicted of manslaughter. The court held that the defense had not demonstrated that the lack of disclosure violated Liang’s right to a fair trial and refused to grant a mistrial.

The court usually reserves new trials for cases in which jurors are deliberately dishonest, usually in order to ensure themselves a spot on the jury. For example, a new trial was granted in a 2012 case involving a tax shelter scheme when a juror lied and said she only had a bachelor’s degree and did not work. She had actually graduated from law school, and admitted she lied in order to make herself more marketable. The judge in the case stated that if she had answered the question honestly in the first place, he would not have let her serve. The judge therefore granted a new trial to the defendant.

Here, it seems unlikely that Maxwell’s legal team will prevail in their request for a new trial. First, it is a high burden for the defense to prove that the juror was in fact biased to the extent that Maxwell was denied her right to a fair trial. Though we do not know the extent of David’s personal experience with sexual misconduct, it is a significant burden to overcome. Second, there is no evidence that the juror deliberately lied on the questionnaire. It seems far more likely that David simply made a mistake.

Whether the case proceeds to sentencing or is required to be re-litigated, Maxwell’s fate seems to be in Judge Nathan’s hands.