Laurel Eveleigh knew from a young age that she wanted to be a lawyer, but her path to law school was not exactly a straight one.  Trying to dispel the popular notion that practicing law was predominantly Perry Mason moments and dramatic courtroom conflict, her high school counselor (and favorite English teacher) pointed out that lawyers had to be strong writers and spent far more time in the library than the courtroom.  Taking that into consideration, Laurel put the notion of pre-law undergraduate studies, followed by law school, on the back burner for a bit. 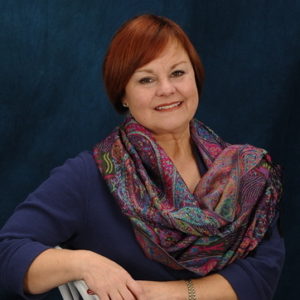 Laurel went to Syracuse University for undergrad and majored in Interdisciplinary Linguistic Studies, which allowed her to pursue her love and affinity for foreign languages and study the science of language structure, evolution and acquisition.  Through her major, Laurel continued to study French (which she had been taking since junior high) and took courses in Spanish, German, Latin and Russian.  While she thought she might pursue a career putting her  language skills to use, when graduation came, a very different opportunity arose and she ended up, at least temporarily, taking another path.

For two summers in college, Laurel had worked temporary jobs for a company that installed computer systems and built specialized data bases throughout the country.  At first she did data input, but later managed the data processing team and the office.  When the company left Syracuse to install its next system in Rochester, they asked her to come with them.   Later, they asked her to interview with them at their McLean, Virginia headquarters for a job after graduation.  Ultimately, they hired her as a trainer and, eventually, Laurel was promoted to work with programmers and users to develop new products for the real estate industry.  After six years, she was recruited by a telecommunications company in Connecticut to do similar work in new product development.

Eventually, Laurel realized that while her work was challenging and interesting, something was missing.  With that thought in mind, she began, once again, to explore the idea of law school.

At first, Laurel looked at part-time law programs so she could continue to work and support herself.  It wasn’t long, though, before she realized that the choice of law school has implications throughout your legal career.  She dismissed the idea of going to school part time, applied to multiple schools and found herself looking very favorably at Syracuse.  She was drawn to the excellence of the school, the success of its alumni and its competitive atmosphere.  With her parents still living in Syracuse it seemed a perfect fit, so Laurel packed her bags and moved back home.

Like many students going into law school, Laurel didn’t know what substantive area of law she wanted to practice but she was sure of two things:  she wanted to be on the Law Review and she wanted to be a litigator.  She knew that Law Review would help her to hone those vitally important research and writing skills and prepare her to be competitive in the job market.  While on Law Review, Laurel wrote her Note about the rights of unwed fathers.  Even though Laurel did not intend to practice family law, there were some cases percolating through the courts and she was intrigued by the knotty issues and competing social and political interests.  Laurel’s Note, Certainly Not Child’s Play: A Serious Game of Hide and Seek With the Rights of Unwed Fathers, was published in Volume 40 of the Law Review.

Laurel was also active in Moot Court.  She and her partner made it to the semi-finals of the intramural Lewis Appellate Competition and won the “Best Brief” award.  As a 2L, she was also selected for the National Appellate Team, coached by Professor Christian Day.  At the end of her 2L year, Laurel’s fellow Law Review members pushed her to run for Editor-in-Chief.  She won the Editor-in-Chief position for Volume 41 and, wanting to put all she had into it, decided not to participate in Moot Court competitions as a 3L.

After graduating summa cum laude from the College of Law, Laurel ended up packing her bags yet again and moving to Washington, D.C. to work for the firm she clerked for as a 2L, Crowell & Moring.  She picked Crowell & Moring because it was the least “big firm like” of all the firms she interviewed with.  Laurel loved the atmosphere – it was a light hearted and welcoming place. But, as much as she loved the firm, she quickly figured out that a big firm was simply not for her.  After about a year, she started interviewing around D.C. with boutique litigation firms, but before making a move, Laurel got a phone call from Professor Gary Kelder.  Professor Kelder had been asked by the managing partner of an environmental and litigation firm in Syracuse if he knew of any promising young lawyers who might be a good fit.  Professor Kelder had recommended Laurel.  She interviewed with Devorsetz, Stinziano, Gilberti, Heintz & Smith and was offered the job.  For the last time, Laurel packed her bags and moved back to Syracuse.  She was with the firm from 1991-2006, first as an associate, then as a partner.

While at the Devorsetz firm, Laurel worked on large-scale litigation matters and delivered many successes.  In the wake of 9/11, Laurel was co-project manager of the environmental review for a statewide wireless network for emergency first responders – the largest contract ever let by the State of New York at that time.  She was environmental counsel for the cellular telephone company that won the FCC license for the initial buildout of cellular service in the New York Metropolitan, New England, and Pennsylvania service areas.  She secured significant brownfields program credits for a major mixed-use development in Central New York.  She provided testimony before the State Public Service Commission on behalf of cellular service providers.  She represented heavy industrial entities (including quarries, waste management facilities, cogeneration plants and manufacturing concerns) to secure permits and rights to build and, where required, litigated her clients’ rights to approvals when they were improperly denied.  Laurel also devoted significant time to developing young lawyers’ skills, mentoring junior attorneys and recruiting new and lateral hire attorneys.

She left the firm in 2006 to set up her own practice – seeking to provide “big firm” quality legal work to smaller businesses and individuals.  One of her frustrations had been that smaller companies or individuals with valid claims simply could not afford to litigate because the legal fees made it uneconomical.  Laurel wanted to provide an alternative to a larger firm that could provide high quality legal representation at lower cost.  Laurel also provided contract legal services to her former firm and other firms as well.

One of those firms, it turns out, was Alario & Fischer, P.C.  In early 2014, Laurel got a phone call from Chris Fischer, a former colleague at the Devorsetz firm, to refer a case to her.  Shortly thereafter, Mr. Fischer asked her to work on several projects with his office.  A year later, Laurel took a job with the firm and continues to practice there today doing construction and land use litigation.

Laurel is also active in the local legal community.  She currently serves on the Board of Directors of the Central New York Women’s Bar Association and is its 2019-20 President-Elect.  She is also a member of the CNYWBA’s Judicial Review Committee.  She belongs to the Onondaga County and New York State Bar Associations.  Laurel has been an adjunct at the College of Law, first in collaboration with Professor Kelder teaching a seminar on environmental crimes and, more recently, teaching the introductory Environmental Law course to 2Ls and 3Ls.

Laurel says the decision to go to law school was the best decision she ever made.  And, somewhat ironically, the things Laurel loves best about the practice of law and the skills she is known best for among her colleagues, are research and writing.

Looking back, Laurel remembers her time at Syracuse Law fondly. She greatly admires Professor Kelder for his ability to look at the law from so many perspectives and communicate it to students in a way that makes sense – in fact, while she was in law school, she took every course that Professor Kelder taught.  Laurel has incredible respect for Professors William Wiecek (who was the Law Review advisor at the time), William Banks and Travis Lewin, among others.  Professor Christian Day, coach of the National Appellate Team and another influential figure, pushed and cajoled and inspired the team to excellence.  She loved the Libel Show where all the law school clubs, organizations, and faculty performed skits or musical numbers, including the Law Review’s very own rendition of the B-52s’ “Love Shack” (“Law Shack”) during her 3L year.  To this day, Laurel still keeps in touch with her Lewis Appellate Competition partner and members of her e-board on the Law Review as well as many other law school classmates.

If there is one piece of advice Laurel would give to students, it would be to really appreciate the opportunity law school offers.  She says, in practice, rarely do you have the luxury of totally immersing yourself in a particular subject, keeping abreast of all the most recent developments in the Supreme Court or following a line of cases simply because it’s interesting.  She hopes the current College of Law students will savor the moment and soak in everything they can.

This story was written by Alumni Editor Stefani Joslin and is the thirteenth installment of Syracuse Law Review’s new monthly feature, “Alum of the Month.” Stay tuned for next month’s feature on another noteworthy Syracuse Law Review alumnus.