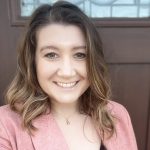 The Supreme Court heard oral arguments Monday, March 22, involving the Fifth Amendment “takings clause,” which prohibits the government from taking property without just compensation. The case, Cedar Point Nursery v. Hassid, has sparked a clash between advocates for property rights and advocates for union rights, respectively. The issue in the case is the 1975

Agricultural Labor Relations Act in California. The act created the Agricultural Labor Relations Board which enacted a regulation that requires employers to grant unions access to their property to communicate with workers who have historically been hard to contact. The access required amounts to three hours a day for 120 days of the year. The purpose of the regulation is to support the agricultural worker’s right to unionize. The original suit was filed in the federal district court in California in 2016 by two agricultural growers following an October 2015 incident in which union protesters entered Cedar Point’s land without notice. Both the district court and Ninth Circuit Court of Appeals have upheld the regulation.

The plaintiffs and the defendants disagree that the regulation constitutes a per se “taking.” If an action by the government falls into the category of a per se “taking,” that means there is no question as to whether the government will owe the individual compensation. Per se “takings” are a “permanent physical occupation” of someone’s property; for example, a regulation that requires certain equipment be installed on one’s property. The category also includes easements. An easement is when the owner of the property retains possession, but others are given the right to use the land for a distinct purpose; for example, the owner of beach front property who needs to allow the public on their land to access the beach.  If the action does not fall into these two categories, then it is a regulatory “taking.” Regulatory “takings” occur when the government enacts a regulation that effectively deprives the property of all economic value; for example, a piece of property that loses all value because of regulations that say you can no longer build on the land.

The plaintiffs and the defendants also disagree that the “right to exclude” others from one’s property is a fundamental right. This argument is important, because if the right to property is considered fundamental, it heightens the protection The Court must give the right.  This heightened protection is called strict scrutiny and requires that the government have a compelling reason for the law and that the law needs to be narrowly created to achieve the desired result. In other words, the government needs a good reason, and the law needs to be well constructed so that it does not place broad restrictions on the right. Laws that are subject to strict scrutiny have a higher chance of being struck down as unconstitutional by The Court. The 6-3 conservative majority Court has the opportunity to create a new fundamental right that would radically change property rights as we know them.

Implications of the Decision

Many fear that a decision ruling that this regulation is a per se “taking” and that there is a fundamental right to exclude could have far-reaching repercussions beyond the organizing of unions. In California’s brief, they discuss in great detail the regulations that could be in peril. These regulations include inspections for food, drug, and health. Also, social workers visits and child protection could be at jeopardy. Additionally, if the fundamental right to “exclude unwanted persons” is created, it could create a massive issue for anti-discrimination laws which protect, for example, LGBTQ persons and persons of color. Defendants of the regulation argue that this could pose severe threats to public health and safety if the government were required to provide compensation for these regulations.

The response to these arguments by plaintiffs and their supporters is that these concerns are simply a parade of horribles. Both the Plaintiffs and the United States Chamber of Commerce, in its brief, address the health and safety inspection issue as unfounded. They argue that the Fourth Amendment protects the ability to conduct reasonable inspections and that the decisions, in this case, would not affect them. Numerous Amicus Curiae briefs have been filed for this case on both sides, illustrating the public interest and possible implications involved.

The Plaintiffs, the agricultural growers, argue that the regulation constitutes a per se “taking.” which infringes on their fundamental “right to exclude unwanted persons” from their private property. They argue that the regulation at issue creates an easement by allowing the unions access and is thus a per se “taking.” Notably, the attorneys have chosen to forgo an argument that there is a “regulatory taking” here. Historically, The Court has held few regulatory “takings” cases as running afoul to the Fifth Amendment. Past easements considered by the court have been permanently in place for the life of the regulation in question and not limited to specific times. Plaintiffs state that the easement here,  is still a taking of property even if it is time-limited because the right to exclude is a fundamental property right. Plaintiffs advocate for a rule in which the scope of the easement would only apply in determining the compensation owed and not whether there was a “taking.” Additionally, the plaintiffs note that the Board created the regulation at a time when many agricultural workers lived on the farms where they worked and could not communicate with the outside world. The regulation, they argue, is not narrowly tailored as would be required under the heightened scrutiny of a fundamental right.They argue that the regulation places broad restrictions on the right because it requires all agricultural growers to allow this access regardless of whether the workers live on the land and despite other means of communication.

The defendant named in the case is Victoria Hassid in her official capacity as the chair of The California Agricultural Labor Relations Board, other members of the board are also included. Defendants argue that the regulation should not be subject to the per se taking analysis but to the regulatory takings analysis. Defendants cite the Nollan v. Cal. Coastal Comm’n and Loretto cases’ facts, both of which were decided based on a “permanent physical occupation” per se taking approach. Nollan involved a public easement for beach access and Loretto a permanent installment of cable equipment on one’s property. Defendants argue that the regulation, in this case, is not a permanent physical occupation in line with these cases because the easement does not offer continuous access to the property, unlike both Nollan and Loretto. Defendants also argue that because the regulation only allows union organizers to enter specific areas at specific times, it creates narrow obligations on the agricultural growers.

It is clear that the Cedar Point Nursery v. Hassid decision could create a profound new fundamental right to property with possibly far-reaching implications. What is unclear is how the Court will decide. While it is telling that a law that has ruled uninterrupted since 1975 is being challenged under the new 6-3 conservative majority Court, it is by no means determinative of the outcome. The Court might choose to extend a fundamental property right, but they also might choose to err on the side of caution given the potential scope of the decision’s impact.

Bethany Berger, Op-Ed: Will the Supreme Court stand up for the meager rights of farmworkers, The Los Angeles Times (Mar. 21, 2021).

Elura Nanos, SCOTUS to Decide Whether There Is a Fundamental Right to Kick People Off Your Property, Law and Crime (Mar. 19, 2021).

The Editorial Board, Property Rights at the Supreme Court: Can a state order owners to let the public use land without compensation?, WSJ (Mar. 19, 2021).