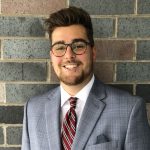 Sedona Prince scored 22 points and grabbed 5 rebounds to lead the Oregon Ducks to the Sweet 16 of the NCAA Women’s Basketball Championship.  Normally the term Sweet 16 is synonymous with “March Madness” – the college basketball tournament that rivals only the Super Bowl in terms of popularity with sports fans.  However, the NCAA has denied women’s basketball the right to use the March Madness logo that is plastered at center court for all men’s tournament games and on the 149 million brackets filled out this year.

Due to the COVID-19 pandemic, the men’s and women’s NCAA tournaments are taking place in isolated environments dubbed bubbles, similar to the way the NBA hosted its playoffs this past summer.  Teams are staying in hotels to reduce the risks associated with traveling.  The men’s bubble is located in downtown Indianapolis, while the women’s is in San Antonio.

Prince took to TikTok and Twitter to illustrate the disparity between the men’s and women’s practice facilities.  Prince’s video features the women’s weight room – a single dumbbell rack behind a curtain and a few yoga mats.  Meanwhile, the men’s weight room is described as looking like a “Planet Fitness.”  The post fueled criticism of the NCAA’s blatant failure to provide equal conditions for the men’s and women’s teams.  NBA stars Kyrie Irving and Stephen Curry publicly flamed the NCAA for the way the women’s tournament was set up.  NCAA VP of Basketball Dan Gavitt admitted the organization dropped the ball when it came to the women’s tournament.  So did VP of Women’s Basketball Lynn Holzman, who said that efforts “fell short,” and that this a “blemish.”

Well, the blemish is getting bigger.  Recently, it has been publicized that the NCAA also dropped the ball when it came to food, gear, publicity, and even COVID testing procedures.

The daily test that teams in the men’s tournament receive detects COVID via the “gold standard of virus testing,” a polymerase chain reaction test.  Meanwhile, the women are rapid tested with a cheaper antigen test.  Although the women’s test is quicker, there is a higher probability of players receiving false negatives.

The women’s tournament also had to make changes to the food being served in the bubble after posts from the players surfaced on Instagram.  The media outlet Overtime posted a side-by-side shot of the difference between the men’s and women’s dinners.  As one user commented, the soggy women’s food situation was giving off “fyre fest vibes.”

NCAA officials have apologized and blamed the situation on an “accountability issue.” UConn Women’s Basketball Coach Geno Auriemma, meanwhile, thinks gender inequality in college sports is a systemic issue, and the 2021 tournament is reflective of everyday life for women’s athletics.  USA Today columnist Christine Brennan believes that the inequities highlighted by the women’s tournament could be remedied tomorrow by university presidents.

The backlash surrounding the women’s tournament bubble prompted the NCAA to hire a New York law firm Kaplan Hecker & Fink to investigate the disparities.  The NCAA is having the firm perform an “independent gender-equity review” and hopes the lawyers can “provide recommendations” on what the NCAA can do to improve its policies.  Much of the conversation about the men’s and women’s tournaments has centered on the Title IX implications of the unequal facilities and benefits.

The problem? The NCAA doesn’t have to follow Title IX.  The Supreme Court case NCAA v. Smith established that since the NCAA is a non-profit organization that does not receive federal funding, NCAA athletes are exempt from Title IX protections afforded by the Education Amendments of 1972.  Although the NCAA is comprised of educational institutions covered by Title IX that pay dues to the NCAA as a governing organization, the Supreme Court ruled the entity itself must receive the federal funds.  Therefore, college athletes are not entitled to the equal benefits promised under Title IX.  Perhaps this is the reason Brennan flagged university presidents as those with the power to make the necessary changes to women’s athletics.

In light of this decision, the NCAA committed to voluntarily complying with Title IX requirements.  But this year, much of the blame for the failure to provide equal accommodations has been on money.  Those within the NCAA point to the fact that only five out of 90 NCAA athletics championships are profitable for the organization, and that the NCAA spends over $150 annually to fund these championships.  Moreover, the women’s basketball tournament operated at a $2.8 million loss in 2019, while the men’s tournament generated $865 million in 2019 and is locked into a $19.6 billion television contract with CBS and Turner Broadcasting until 2032.

Regardless of the numbers, the NCAA reports over $1 billion in annual revenue, and has gone to considerable lengths to promote the men’s March Madness brand.  This has prompted Congress to write a letter to the NCAA looking for answers when it comes to the disparity in facilities and publicity for the men’s and women’s tournaments.  The letter reads, “the gross disparities reported violate the spirit of Title IX and undermine the Act’s gender equity principles to ensure that women athletes competing at the highest level are treated without regard to discrimination.”

The NCAA has the power to promote women’s basketball with the March Madness brand and by not doing so, Congress says the NCAA is “intentionally withholding a valuable asset.”

Ross Dellenger, Behind the Scenes at the Men’s NCAA Tournament: Weird Bubble Requests and a City Showcasing What It Does Best, Sports Illustrated (Mar. 20, 2021).