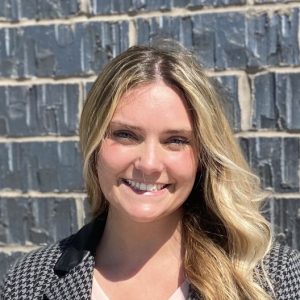 With April being sexual assault awareness month and a recent investigation finding that 97% of women aged 18–24 have been sexually harassed, numerous women have taken to social media platforms to tell their own stories under the hashtag #97percent. The #97percent campaign has been met with backlash by many individuals who have responded saying “not all men” are predators. This has caused many women’s rights groups to respond to these individuals that they are missing the mark on what the #97percent is actually about – bringing light to the lived experience of women, and not as a campaign against men.

Last week, women’s rights groups called out the Minnesota Supreme Court after their controversial holding. In a 6-0 holding, the Minnesota Supreme Court found that if a victim willingly gets intoxicated before a sexual assault occurs, the victim does not fit into the state’s definition of “mentally incapacitated”. Without the “mental incapacitation” of the victim, the perpetrator can only be found guilty of the misdemeanor charge of fifth-degree criminal sexual conduct, rather than the felony charge of third-degree criminal sexual conduct involving a mentally incapacitated individual.

Their holding was based on the following case, State v. Khalil. On the evening of May 13, 2017, a 20 year-old woman took five shots of vodka and a prescription narcotic before traveling to a Dinkytown bar. Upon her arrival, she was denied entry because of her intoxication level and was forced to remain outside. As she was standing outside of the bar, three men approached her and her friend and invited them to a party.

Shortly after their arrival at the party, the young woman fell asleep on a couch. She later woke up to her invitee, Francois Monulu Khalil, allegedly raping her. She asked Khalil to stop, but he did not. She then lost consciousness again and left the home the following morning with her friend.  After leaving the home, the woman went to the hospital to have a rape kit done.

On May 18, 2017, the woman contacted the Minneapolis police department to report her attack. After the police conducted their investigation, the State decided what to charge Khalil with. In this case, there were two relevant criminal statutes. These two statues provided that if the defendant was a first-time offender, i.e., if it would be their first conviction for sexual assault, that the defendant could be charged with a felony, while the other provided that the defendant could only be charged with a gross misdemeanor. The felony statute was a third-degree charge of criminal sexual conduct against a victim who was mentally incapacitated or physically helpless at the time.

The gross misdemeanor statute was a fifth-degree charge of nonconsensual sexual conduct. Since Khalil was a first-time offender, the State chose to charge Khalil with the felony statute, so that he could be charged with a felony, and thus, receive more jail time, if the State were to win at trial.

At Khalil’s trial, the District Court stated that “a person is mentally incapacitated if she lacks the judgment to give reasoned consent to sexual penetration due to the influence of alcohol, a narcotic, or any other substance administered without her agreement”. After the jury questioned exactly what that definition meant, the District Court stated that “you can be mentally incapacitated following consumption of alcohol that one administers to oneself or narcotics that one administers to oneself or separately something else that’s administered without someone’s agreement”. Basically, the court stated the jury that there are two ways in which you can be mentally incapacitated: 1. if you are given alcohol or drugs without your consent or 2. if you willingly consume enough alcohol or drugs to not be coherent. After this instruction, the jury found Khalil guilty. On appeal, Khalil challenged the jury instruction on mental incapacitation, but the divided Court of Appeals upheld the conviction. Khalil then appealed to the Supreme Court, who reversed his conviction on the basis that the jury instruction for mental incapacitation was incorrect.

In their holding, the Minnesota Supreme Court did not look to the commonsense meaning of “mental incapacitation”. Rather, they looked to the specific verbiage of “mental incapacitation” that the Minnesota State Legislature’s provides in §609.341. The statute states that “mentally incapacitated means that a person under the influence of alcohol, a narcotic, anesthetic, or any other substance, administered to that person without the person’s agreement, lacks the judgment to give a reasoned consent to sexual contact or sexual penetration.”

After looking explicitly at this language, the undivided Minnesota Supreme Court agreed that the plain language of the statute required that a person under the influence of alcohol is not mentally incapacitated unless the alcohol was administered to the person without that person’s agreement. Their holding did make clear, though, that Khalil could be convicted of the misdemeanor for nonconsensual sexual conduct, which does not require the element of mental incapacitation that the felony of criminal sexual conduct involving a mentally incapacitated or physically helpless individual requires.

Despite the outrage that this holding has caused on social media, with activists describing it as a legislation “loop-hole”, this statutory language is seemingly consistent across state lines. Currently, the U.S. has 40 states that do not explicitly criminalize sex with a voluntarily intoxicated victim, with 28 other jurisdictions having similar laws to Minnesota’s. Although, it appears like that consistency may go away, as numerous activists’ groups and past victims call on their state legislatures to ensure that their statutory code does not have the same language as Minnesota’s. From their activism, a bill in the Minnesota legislature has received bipartisan support to undo the Minnesota Supreme Court’s holding. However, until the state legislatures have rewritten their codes to remedy the perceived mental capacity legislation “loop-hole”, these perpetrators can still be found guilty of nonconsensual sexual conduct, which does not require mental incapacitation. So, despite national headlines this week saying that if you say “yes” to a drink you consent to whatever happens next, you can say “yes” to a drink and “no” to sex. However, if you are sexually assaulted after voluntarily becoming intoxicated the state will not be able to bring a felony charge against the perpetrator.

Nishat Choudhury, Research finds that 97% of women in the UK have been sexually harrassed, Open Access Government (Mar. 11, 2021).

Pretty Honore, The 97 Challenge that You’ve been Seeing All Over TikTok Has a Lot to Do With the Murder of Sarah Everard, Distractify (Mar. 19, 2021).

Photo courtesy of The Conversation.