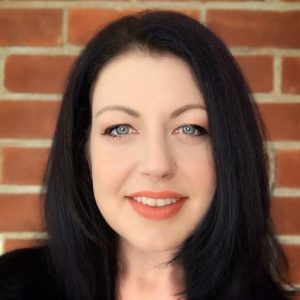 Eleven months after George Floyd died under the knee of former Minneapolis Police Officer Derek Chauvin, the twelve jurors in his criminal trial returned a unanimous guilty verdict for each of the three charges against him. The verdict confirms that Floyd’s death by asphyxiation during the nine minutes Chauvin kneeled on his neck was 2nd degree murder under Minnesota state law. Chauvin is currently awaiting sentencing following his conviction.

The murder of George Floyd last summer reignited conversations about racial discrimination and spurred demonstrations across the country, but race was also a salient issue as the jury that would decide Chauvin’s guilt was assembled. After a jury selection process that lasted nearly three weeks, a highly diverse jury was impaneled to evaluate the charges against Chauvin. While the identities of the jurors have not been publicly disclosed, the Court released demographic data about the twelve jurors who served. The group was made up of four Black people, two multiracial people, and six white people. There were five men and seven women among them. In fact, according to the New York Times, the jury was even more diverse than the city of Minneapolis.

Derek Chauvin, like all criminal defendants in the United States, was entitled to a trial by jury and all the protections that right guarantees under the Sixth Amendment. While it is likely that his defense team will work to appeal the conviction, the accuracy of Chauvin’s guilty verdict is supported by the diverse makeup of the jury that deliberated at his trial. Because of the different perspectives and experiences represented by the individuals that made up the jury, their deliberations were more likely to reflect full evaluation of the evidence presented than if the jury had been racially homogenous. As noted by legal scholar Richard Lempert, research shows that diversity within a jury strengthens the decision-making of the jury as a deliberating body and increases the accuracy in its judgments.

In one study by jury researcher Samuel Sommers, the behaviors of diverse mock juries were compared to those of racially homogenous mock juries to determine what, if any, differences could be observed between them. The diverse groups deliberated for longer and discussed a greater number of facts than the all-white groups. They stated fewer factual inaccuracies and corrected inaccurate assertions by other jurors more often than the all-white groups. The diverse mock juries raised more questions about evidence they perceived as missing from the trial, and they discussed the impact of race more often than the homogenous groups. It was also evident in the data that the differences in deliberations observed in diverse groups were attributable not only to the contributions made by Black members of the group, but to differences in the observable contributions of the White participants. Essentially, the diverse groups showed demonstrably superior results in the depth, breadth, and accuracy of information discussed, and this difference was attributable to all members of the group. When a deliberating body includes individuals of varied backgrounds and experiences, they make better decisions because they have more accurate and inclusive discussions.

The diversity of the jury in the Chauvin trial afforded the defendant the full decision-making power of a diverse group of people, constituting an effective exercise of his Sixth Amendment right to trial by jury. However, the diversity exhibited on the Chauvin jury is rare, and defendants often have their fates decided by juries with fewer perspectives represented. Discrimination in jury selection has been illegal since the inception of the Civil Rights Act of 1875, but it wasn’t until the Supreme Court’s decision in Batson v. Kentucky in 1986 that a defendant could challenge the elimination of jurors on the basis of race. However, the protections of the Batson decision are limited. If a defendant challenges the strike of a particular juror and alleges that the juror was eliminated on the basis of their race, a prosecutor need only offer a facially race-neutral reason for the strike of that juror in order to overcome the challenge. In a 2018 study, researchers found that despite the purported protections of Batson, racial discrimination in jury selection remains common. The study showed that prosecutors strike potential jurors who are Black at an extremely disproportionate rate as compared to potential jurors who are white. The frequency of these eliminations was even greater when the defendant is a person of color.

A stark example of the effect of this discrimination can be seen in the case of Flowers v. Mississippi. In 2019, the Supreme Court overturned the murder conviction of defendant Curtis Flowers on the basis of repeated racial discrimination by the prosecuting District Attorney, Doug Evans, during the jury selection process. Flowers stood trial a total of six times, four of which resulted in convictions ultimately overturned for prosecutorial misconduct during jury selection. The other two trials were each declared a mistrial when the jury was unable to agree on a verdict. The juries that did not convict were the only two where at least 25% of the jurors were Black. The population of the county in which the Flowers trials took place is 45% Black. While all charges against Flowers have now been dropped as a result of unreliable evidence and prosecutorial misconduct, his case serves as a reminder that discriminatory jury selection practices can serve to deprive defendants of their freedom and their constitutional rights.

The Court’s opinion in Flowers paved the way for justice for Curtis Flowers himself, but it did not address the ongoing systemic issues of racial discrimination in jury selection or make it more difficult for prosecutors to eliminate jurors on the basis of their race. Derek Chauvin’s right to trial by jury under the Sixth Amendment was unimpeded by racial discrimination, at least in part because the prosecution stood to benefit from ensuring that jurors selected understood the racial dynamics inherent in the case. However, additional jurisprudence from the Supreme Court is necessary to ensure that non-white defendants are afforded the full benefit of their Sixth Amendment rights to the same extent that Derek Chauvin experienced this week. All defendants facing imprisonment deserve the benefits afforded by diversity in the jury deliberation room.