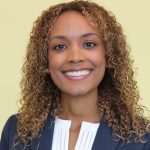 The world has seen drastic changes over the past few weeks. The global pandemic, Coronavirus, has taken the world by surprise and different countries have handled it in different ways. Italy, one the worst hit countries in Europe, has taken to a nationwide quarantine and ban on all public gatherings. Mayors of Italian cities are now scolding those who are found in public for leaving their homes both in person and through social media. The United Kingdom, which was initially very hesitant to ban large public gatherings and implement strict “social distancing” as of March 14, changed their plans just three short days later after intense national criticism. Following the British Prime Minister Boris Johnson testing positive for the virus, the government recommended self-isolation and other practices to slow the spread.

In the United States, there has been no national directive from the White House on a national quarantine, perhaps based on the President’s belief that the virus “is going to disappear.” It was not until March 16 that the White House advised Americans on a 15-day “social distancing” plan, which included avoiding large crowds and not going out to restaurants and bars. The same day the White House stated that it was “not considering a national lockdown” but “may for hot spots in the nation.” As a result, the individual states have created their own guidelines. Many states are now making all businesses close that are deemed nonessential. However, what is and is not essential has been a hot topic of debate and split down largely political lines.

In New Jersey and Pennsylvania, there have been lawsuits filed against the Democratic governors of both states claiming that citizens’ Second Amendment right to keep and bear firearms was violated when gun shops were listed as non-essential and thus required to close. The New Jersey lawsuit claimed that not listing gun shops as essential acted as a “perpetual ban on purchasing firearms and ammunition.” New Jersey police also stopped conducting background checks on would-be gun purchasers after the executive order was issued. Gun Owners of America, who refer to themselves as a “no comprise” gun lobby warned the FBI of “mounting problems” such as “Americans not having instant access to firearms” and denial of access to firearms if the state closed its background check offices.

After the lawsuit in Pennsylvania reached the state Supreme Court on an emergency legal challenge, Governor Tom Wolf allowed shops to reopen on a limited basis. While the Pennsylvania Supreme Court narrowly dismissed the case, two dissenting opinions wrote that these closures “mounted to an absolute and indefinite prohibition upon the acquisition of firearms by the citizens of this commonwealth — a result in clear tension with the Second Amendment and the state constitution.” The limitations now include limited hours and requirement that people maintain a certain distance away from each other and employees to ensure that there are safety precautions for those that must work.

While Texas Republican Attorney General Ken Paxton released a statement deeming gun shops essential, he did not do the same for abortion services in the state of Texas. Abortion services are included on a statewide mandatory cancellation of all “non-urgent surgical procedures.” This resulted in a lawsuit being launched by abortion rights activists who called this designation a “blatant effort to exploit a public health crisis to advance an extreme, anti-abortion agenda.” The president of the Center of Reproductive Rights, the organization which is representing the plaintiffs said, “abortion is essential, time-sensitive health care that must remain available during this pandemic – particularly because every pregnancy is unique and brings significant health risks.”

Texas is not alone in this designation and the legal challenges that come with it. Similar challenges have arisen in Ohio, Louisiana and Mississippi where the state has issued similar orders prohibiting the procedures and supporting care. Writing on this issue in an Op-ed for the New York Times, an activist stated:

In the end, it didn’t take the Supreme Court to end Roe. All it took was one public health crisis to show exactly what we already knew: as long as abortion as a legal right is centered on the clinic or medical person providing it — not the person seeking to end the pregnancy — it is a “right” that could easily be ripped away just by ending the ability to provide that care.

Both of these are Constitutional rights. Regardless of how one feels on either of these, both rights have been given to American citizens. The Second Amendment grants citizens the right to bear arms. The case Roe v. Wade found the right for a woman to choose an abortion located in the right to privacy, which find its support in a penumbra of rights granted through the First, Third, Fourth, Fifth, Ninth and Fourteenth Amendments. While both rights have been narrowed since their respective inceptions, they both still remain. In times of emergency, the rights of Americans have historically found themselves significantly altered. Both state and federal governments are able, in times of crisis, to substantially alter what are considered to be fundamental rights. From the internment of Japanese citizens during World War II to the post 9/11 Patriot Act, the argument to curtail individual rights in the name of national security is nothing new. Only time and the outcome of these pending lawsuits will tell if gun ownership and access to abortion procedures will follow.