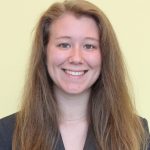 The interest in the private ownership of big cats has skyrocketed with the release of the Netflix documentary Tiger King: Murder, Mayhem and Madness (“Tiger King”) on March 20, 2020. The documentary covers “[a] zoo owner [who] spirals out of control amid a cast of eccentric characters in [a] true murder-for-hire story from the underworld of big cat breeding.” The documentary series follows the story of Joe Exotic, the owner of Greater Wynnewood Exotic Animal Park, a private zoo, and other individuals in the big cat industry, such as Carole Baskin. While every second of the documentary series has another twist and turn that leaves the audience shocked or confused, there is a central question of whether these individuals or individuals in general, should be allowed to own big cats.

The Tiger King documentary begins with a shocking statistic: “There are more captive tigers in the U.S. today then there are in the wild throughout the world.” There are around 5,000 tigers in captivity in the United States, but there are only about 3,500 tigers in the wild. Throughout the documentary, there are mentions of allegations of abuse and mistreatment of these big cats. However, the conversations about animal abuse mostly arise when the individuals in the big cat industry accuse each other of abuse and mistreatment. Further, as the documentary tells the stories of these individuals in the big cat industry, it is hard not to get wrapped up in the drama and craziness of their personal lives and forget about the animals behind the scenes, and what we should be doing to protect them.

In response to this issue, legislators introduced The Big Cat Public Safety Act (the Act) in the House of Representatives on February 26, 2019. The Act “revises requirements governing the trade of big cats . . . [s]pecifically, it revises restrictions on the possession and exhibition of big cats.” While the Act would prevent the private ownership of big cats for the general public, it would continue to allow some individuals and organizations to own big cats. These include entities that have an animal exhibition license (i.e. zoos, amusement parks, sanctuaries) and do not allow individuals to come into contact with the wildlife, state colleges and universities, and wildlife sanctuaries. Further, this Act grandfathers in individuals who already own big cats, contingent upon satisfying certain requirements. These requirements are that they do not “breed, acquire, or sell” big cats after the enactment of the Act, they do not allow the public to touch the big cats, and they register their animals with the United States Fish and Wildlife Service.

The Act would be a big step towards preventing the private ownership of big cats, however, it does not address all of the current problems surrounding the possession of these wild animals. This is because the Act allows all individuals who currently own big cats to be grandfathered in, meaning they can maintain ownership over the big cats they currently own. This means that Joe Exotic and Carol Baskin, along with many other individuals featured in Tiger King, would be allowed to continue to possess their big cats. However, the Act would have some effects on how the individuals in Tiger King operate their business. Also, while Joe Exotic was arrested for charges both related and unrelated to his possession of big cats, his animal park is still in operation meaning the Act would affect how the business is operated.