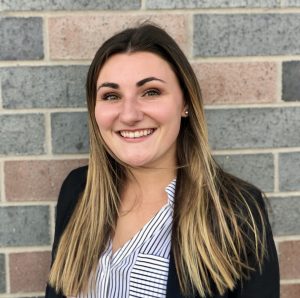 On Friday, May 28, the Biden Administration released its 114-page “Green Book” for the federal government’s 2022 fiscal year. This Greenbook solidified exactly what tax code changes the Biden administration hopes to pass through Congress by including their much-anticipated tax proposals.

President Biden ran on a campaign called “Build Back Better” that promised vast changes for the current tax code. His aim in many respects was to reduce expansive Tax Cuts and Jobs Act of 2017 (“TCJA”) by eliminating loopholes in the tax code and increasing the tax rates for those with the highest incomes, reforming the taxation of capital incomes and taking measures to increase the effectiveness of the IRS. Before the Greenbook was released, there was little guidance as to exactly how the Biden Administration’s proposals were going to work.

Although the Trump Administration did not publish a Greenbook, the Trump Administration did sign the TCJA into law in December of 2017 which made several notable changes to the individual income tax system. These changes affected many aspects of the tax code, from lowering marginal income tax rates across all brackets, to expanding the child tax credit. Many of these tax changes are set to expire on December 31, 2025. However, with a new President comes new changes to the Tax Code. President Biden has recently proposed many changes to the federal tax laws that may take effect before 2025. These proposed changes were introduced in the Treasury Greenbook.

One of the most notable changes is increasing the tax rate from 21% to 28%. The Greenbook states that this raise is a “simple way to raise revenue” to fund the administration’s proposals and other means for growth. In other words, this will help to offset the more than $4 trillion in spending proposals the Biden Administration has. This increase will start on December 31st of this year. Some senators, including Democratic senators, stated that this significant increase will not be supported causing President Biden to stated he was willing to negotiate down the tax rates.

In addition to corporate changes, individual taxpayers are also likely to be impacted by this new tax code. This proposal targets a key change that the TCJA enacted: a lower income tax rate for the highest-earning taxpayers. In fact, this change is higher than the pre-TCJA rate of 35%. The Greenbook suggests changing the income tax bracket for the top marginal taxpayers, the rich, from 37% to 39.6%. Any income over $509,300 for married individuals and any income over $452,700 for singles will be taxed at this higher rate. Compared to the TCJA which taxes at 37% for income over $628,300, married and $523,600 for unmarried, this tax rate change will include more individuals as the threshold income amount is lower. This means the proposal woll impact more taxpayers overall. Accordingly, taxpayers who were not being subjected to the higher tax at 37% should be checking to see if this change will push them into the highest income bracket.

The most significant change for individual taxpayers will be the treatment of capital gains. Again, the Biden Administration was trying to remove what they saw as disproportionate benefits to the higher-income individuals. The profits of the capital gains under the TCJA are currently taxed at 20%. However, now, these capital gains are proposed to be taxed at 39%, almost double. The purpose of this change is to increase government revenue. Yet, based on estimates by experts, there will likely be a decrease in governmental revenue as investors start to avoid selling their assets.

Another puzzling, quirk with this proposal is that this change would apply retroactively to any gains made after the announcement of the Greenbook –usually, the Code changes do not take effect until after Congress enacts the changes. Therefore, all capital gains made after May 28, 2021, will be subject to the higher income threshold.

These are just some of the pertinent changes that the Biden Administration has proposed–there are a plethora of others. While many of these changes are significantly different, Democrats control the control of both the White House and Congress. This makes it more likely, while not 100% certain, that many of Biden’s changes will make it through Congress.

However, President Biden publicly stated that he is “flexible about how the changes are designed.” This flexibility may be based on warnings that the tax plans could hurt the re-election of House Democrats, who likely will vote against the changes if they believe that they may be hurt by the proposals. Regardless of the reasoning, many of these changes will not keep their original form and will have many changes made throughout this next year by the legislature.

General Explanations of the Administration’s Fiscal Year 2022 Revenue Proposals, Dep’t of Treasury (May 2021).