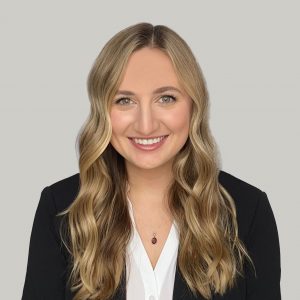 In the past few weeks, America’s longest war has come to an abrupt and chaotic end. On August 30, 2021, the U.S. military left Afghanistan after a 20-year occupation. Amidst the evacuation scramble, the Biden administration pledged to assist Afghans who worked for, and on behalf of, the U.S. government and its military. Despite this pledge, Afghans face various legal-status issues and a complex bureaucratic system.

In April 2021, President Biden announced that all American troops would leave the country by September 11, 2021. The United States planned to leave behind troops to secure the embassy in Kabul. However, the embassy was forced into a panicked shutdown when the Taliban took over Afghanistan, reaching Kabul on August 15 as President Ashraf Ghani fled the country and their government forces collapsed. While these events were unfolding, President Biden moved the evacuation date up to August 31. He explained in a speech on August 16, “This did unfold more quickly than we had anticipated.” The last evacuation flight left on August 30, leaving behind at least 100,000 Afghans who might have been eligible for Special Immigrant Visas (SIVs).

As the United States ended its evacuation mission, they increased their efforts to resettle Afghans who aided American forces during the war. The International Rescue Committee has estimated that over 300,000 Afghan civilians have been affiliated with the U.S. mission over the past 20 years. Thousands of Afghans have arrived in the United States since the hurried evacuation began, while thousands more are waiting in “transit hubs” in Europe and the Middle East. Although the U.S. government has declined to share the specific number of Afghans who have arrived in the United States, President Biden said the United States aimed to evacuate 50,000 to 65,000 Afghan allies before the deadline for U.S. withdrawal.

Established by Congress with broad bipartisan support, certain Afghans who helped the U.S. war effort are eligible for SIVs, which allow approved applicants to move to the United States permanently with their families. One program is designed to provide U.S. safe harbor to Afghans who served as translators or interpreters for the U.S. military. Another larger program allows Afghans who worked for the U.S. government, its contractors, or NATO to obtain the special visa if they meet certain requirements. On July 30, 2021, Congress enacted the Emergency Security Supplemental Appropriations Act authorizing 8,000 additional visas to the broader classification, bringing the total to 34,500 visas. Applicants must submit multiple documents proving U.S. affiliations and threats received because of their work. They must also file an application with U.S. Citizenship and Immigration Services. Then, applicants must be interviewed in person and undergo security screenings and medical checks before they are able to travel to the United States.

Overall, this is a 14-step process that has a history of significant delays, some cases taking years to resolve despite Congress’s nine-month processing timeline. In Afghan and Iraqi Allies v. Pompeo, the International Refugee Assistance Project (IRAP) filed a class action challenging the systemic delays in deciding SIV applications of Afghans and Iraqis whose lives were at risk because of their work supporting U.S. efforts in their home countries despite the congressionally mandated nine-month processing timeline. The government argued that the February 2019 statutory amendment to the Consolidated Appropriations Act relieved them of the nine-month processing timeline. However, the court rejected this argument reasoning that nothing in the amendment eliminated the nine-month timetable or in any way relieved the government of that obligation. In addition, the court argued that to the extent the amendment does lead to policy changes by the government, the Plaintiffs’ requested relief accommodates such changes. The Plaintiffs simply sought a plan for prompt adjudication rather than seeking a fixed outcome, bringing the government into compliance with their statutory duty. The U.S. District Court for the District of Columbia held that while the SIV process is complex and resource-intensive, the government has a nondiscretionary duty to fully adjudicate applications without unreasonable delay. This ruling led to a court-approved plan in which the government is committed to promptly process approximately 10,000 SIV applications and to report on its progress.

The Biden administration has said that SIV applicants further along in the application process have been allowed to enter the United States. Applicants in earlier stages are being sent to other countries, including Qatar, the United Arab Emirates, Bahrain, and Germany to undergo security checks. It is estimated that 65,000 SIV applicants and their family members remain in Afghanistan, not including those who may be eligible for a SIV but have not been able to apply because of the chaos. The IRAP said in an emergency petition to the State Department that thousands of applicants in Afghanistan are in imminent danger, urging the government to speed up the SIV process. Afghan allies have hurried to escape from their country only to be told by the U.S. government to wait to see whether their service towards the U.S. war effort was enough to make them eligible for SIVs. Some have yet to escape and still await their chance for safety and refuge. With the influx of applications, there will likely be increased litigation to hold the government accountable to the standard set forth in the Afghan and Iraqi Allies v. Pompeo decision.

Camilo Montoya-Galvez, Which Afghan refugees are being resettled in the U.S. and how are they being processed?,CBS News (Aug. 24, 2021).

Maria Sacchetti, Missy Ryan & Alex Horton, They made it out of Afghanistan. But their path ahead is uncertain, The Washington Post (Aug. 29, 2021).

Paul LeBlanc & Jennifer Hansler, Here’s how Afghan refugees coming to the US are being vetted, CNN (Aug. 23, 2021).

Ted Hesson, Explainer: Who are the Afghan refugees coming to the U.S. and what happens when they arrive?,Reuters (Aug. 26, 2021).