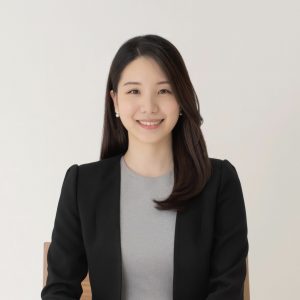 At midnight on September 1, a new law came into force in Texas. The law, also known as Senate Bill 8 (SB 8), prohibits an abortion if a physician detects or fails to perform a test to detect a fetal heartbeat. According to section 171.201 of Vernon’s Texas Health & Safety Codes Annotated (V. T. C. A.), fetal heartbeat is “the steady and repetitive rhythmic contraction of the fetal heart within the gestational sac,” which is the structure surrounding the embryo. A heartbeat may become detectable between five and a half weeks and six weeks into pregnancy. However, since most obstetricians count pregnancy from the first day of a woman’s last menstrual period, depending on an individual’s length of menstrual cycle, a baby is not conceived until the second or third week of a pregnancy. In short, the new law bans abortion by anyone who is around six weeks after her last menstrual period. This is the most restrictive abortion law in the United States.

SB 8 is unique in that “any person, other than an officer or an employee of a state or local governmental entity, may bring a civil action.” Instead of putting enforcement power in the hands of the state, such power is given to private citizens. Under section 171.208 of V.T.C.A., ordinary citizens can now sue anyone who performs or induces an abortion when there is fetal cardiac activity, knowingly donates to an abortion fund, helps a person who is well into the sixth week of pregnancy and goes to an abortion clinic to end pregnancy, or intends to engage in such conduct. If a person brings a lawsuit under section 171 and wins, then the court will award a minimum amount of $10,000.

The Result of the Unique Construction

SB 8 was not the first successful abortion law that gave enforcement power to private individuals. It had previously been tested by Jonathan F. Mitchell, a former Supreme Court clerk for Justice Scalia and former solicitor general of Texas. Jonathan F. Mitchell helped the drafting of SB 8.

In 2019, the mayor of Waskom, Texas sought to prevent any abortion clinic from coming into the town by passing an ordinance. However, since there was a risk of the town with only 2,000 people going bankrupt from suits brought against it, Jonathan F. Mitchell introduced his idea of rechanneling enforcement power from the government to ordinary citizens to protect the town. This was done by adding a provision to the ordinance that stripped government authority away from the town and placed enforcement power upon private citizens. In June 2019, the City Council passed the ordinance in a 5-to-0 vote. Similar ordinances were passed in 36 other cities in Texas. With one city having recanted its ordinance, 36 cities in Texas are now so-called sanctuary cities for the unborn. It is this success of the municipal-level effort that led the Texas State Legislature to consider Jonathan F. Mitchell’s idea. In an effort to withstand court challenges as much as possible, Governor Greg Abbott signed the bill in May 2021.

On August 30, 2021, just two days before the law went into force, a group of state health providers filed an emergency application for injunctive relief, or in the alternative, to vacate stays of the district court proceedings with the U.S. Supreme Court in an effort to prevent SB 8 from taking effect. The Court did not release its opinion until after the law went into effect. On September 1, 2021, the Court, divided by 5-4, denied the application, reasoning that the applicants have not met “the burden of making a ‘strong showing’ that it is ‘likely to succeed on the merits,’ that it will be ‘irreparably injured absent a stay,’ that the balance of the equities favors it, and that a stay is consistent with the public interest.” The majority further opined that it is not clear whether the defendants can or will utilize enforcement power from the law. This reading stems from the structure of the SB 8 as it bars officers or Texas’s state or local governmental entity employees from bringing a civil action.

Despite the majority’s statement that the order is by no means a conclusion about the constitutionality of the law and does not limit other challenges, four dissenting Justices focused on the consequences of approving such state action. Chief Justice Roberts stated that he would grant preliminary relief and preclude enforcement of SB 8 so that the District Court and the Court of Appeals could consider whether judicial action and preliminary relief are proper. Justice Breyer as well as Justice Sotomayor in their dissenting opinion emphasized the unconstitutionality of the Texas law because it regulates abortion during the first stage, because it prohibits women from exercising their constitutional rights, and because it conflicts with existing precedents.

The Texas’s abortion law is now in effect. However, on September 9, 2021, Justice Department filed a complaint against the State of Texas for declaratory and injunctive relief with the U.S. District Court for the Western District of Texas. The complaint alleges that SB 8 is invalid under the Supremacy Clause and the Fourteenth Amendment because it deprives women of the ability to obtain a pre-viability abortion in most cases. However, given the unique structure of SB 8, the United States would have to come up with a strategy that is unseen before in order to have a different outcome.

Photo Courtesy of The Lily