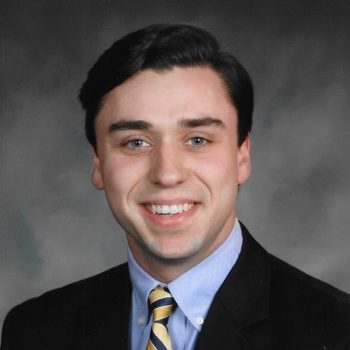 The trial of Elizabeth Holmes officially started on September 7, 2021. Holmes, the founder of the now-defunct blood testing start-up, Theranos, is accused of knowingly misleading doctors, patients, and investors by falsely claiming to have developed proprietary blood testing technology capable of using only a single drop of blood to perform a wide range of tests. She faces ten counts of wire fraud and two counts of conspiracy to commit wire fraud.

Holmes founded Theranos when she was a nineteen-year-old student at Stanford University. Shortly after, she dropped out, attracted an impressive board of directors, and went on to amass more than $700 million in investments, eventually leading to Theranos’ $9 billion valuation in 2009. Holmes claimed to have “reinvented the traditional laboratory infrastructure” by eliminating the need for drawing blood with needles. However, after a series of articles published by The Wall Street Journal questioned the legitimacy of Theranos’ technology, scrutiny from investors and regulators increased. Following civil fraud charges, an investigation from the Securities and Exchange Commission, and a lawsuit from investors and corporate partners, Theranos ultimately shut down. Now, as Holmes’ personal trial gets underway, she faces a prison sentence of up to twenty years.

The outcome of Holmes’ criminal trial, set in the U.S. District Court for the Northern District of California, could hinge on information contained in communications between Holmes and Boies Schiller Flexner LLP (Boies Schiller), Theranos’ outside counsel from 2011 to 2016. Attorney-client privilege generally protects certain communications between a client and their attorney from court-compelled disclosure. The purpose of this rule is to promote open and truthful communications between a client and their attorney, so that the attorney may represent the client in an informed and effective manner. By encouraging open communication, attorney-client privilege also promotes compliance with the law. If a client is unsure as to whether certain conduct is lawful, they are more likely to consult their attorney if they know their question is protected.

In instances concerning a corporation, however, the company is the client, rather than any single employee. This means that, to enjoy attorney-client privilege, an attorney’s legal advice must be for the benefit of the company. The privilege does not extend to advice concerning individual employees whose own interests may not align with those of the company. This difference between attorney-client privilege and corporate privilege could play a pivotal role in Holmes’ case.

In holding so, the District Court rejected the applicability of the “subject belief” test established by the First Circuit in FDIC v. Ogden Corp. That test qualifies an attorney-client relationship by evaluating whether the client reasonably believed that such a relationship had been formed. Instead, the court applied the five-part test set forth by the Ninth Circuit in United States v. Graf. Under the Graf test, Holmes would have established attorney-client privilege if:

The court held that Holmes failed to satisfy parts two, four, and five of the Graf test, and therefore, the communications may be admissible at her personal trial.

These communications could significantly influence Holmes’ chances of mounting a successful defense if they prove she had knowledge surrounding the problems with Theranos’s technology. Consider this recent development: a former Theranos employee, who had originally alerted The Wall Street Journal to the company’s testing problems, recently testified about her time working as a lab assistant. She spoke about her concerns regarding Theranos’s practice of deleting outliers in its data to ensure its blood testing devices passed the necessary quality control tests. If, for example, the government uses the communications between Holmes and Boies Schiller to prove that she had knowledge of this type of fraudulent business practice, it could deal a significant blow to her case.

As the trial of Elizabeth Holmes moves forward, we reflect on the importance of establishing a clear attorney-client relationship. A letter of engagement outlining the scope of Boise Schiller’s representation would have made clearer the now-blurred lines defining the parties’ relationship. It will be interesting to see just how impactful these unprivileged communications will be as Holmes’ trial develops.