Written by: Michael A. Annesi 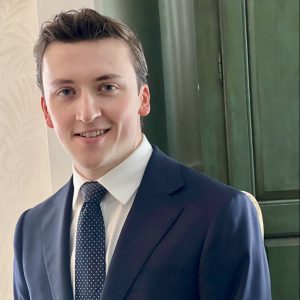 er entire life in uniform. Byrne entered the military in 1978 as a medical student, remained with the armed forces for nearly 30 years, and is board-certified in both family medicine and general surgery. Byrne’s time as a military surgeon put her on high-stakes missions in Afghanistan, Korea, Sudan, Iraq, and Ground Zero. Now a religious sister and missionary, Sister Deirdre Byrne traded her uniform for the habit and considers the stakes of her mission even higher. After her time in the military, Sr. Deirdre entered the convent in the hopes of utilizing her medical skills in service of the poor, and is now a retired colonel in the U.S. Army Medical Corps. Sr. Deirdre operates a health clinic which serves many of the impoverished and undocumented patients of Washington, D.C.

Sr. Deirdre alleged that the District of Columbia’s refusal to grant her a religious exemption from vaccination for COVID-19 violated the Religious Freedom Restoration Act of 1993 and the First Amendment of the United States Constitution. Sr. Deirdre claimed that receiving the vaccine, regardless of manufacturer, would interfere with her fundamental right of exercising her religion on account of the vaccine’s association with aborted fetal cell lines in either testing or production. Sr. Deirdre previously contracted and recovered from COVID-19, and her complaint cited the CDC website in support of her claim that her own natural immunity provides a durable, long-lasting immunological effect. The complaint also noted that several of the medical institutions with which Sr. Deirdre is associated in the District of Columbia allow her to operate without objection to her vaccination status. The complaint speculated that the District of Columbia, as a policy, refused all requests for religious exemptions.

The Religious Freedom Restoration Act of 1993, “RFRA,” generally prohibits the government from substantially burdening an individual’s exercise of religion. Alleged RFRA violations are judged under strict scrutiny, which requires the government to show that the burden furthers a compelling governmental interest and is the least restrictive means of doing so. Sr. Deirdre’s lawsuit was rendered moot scarcely one week after filing, as DC|Health reconsidered Sr. Deirdre’s request and ultimately granted the religious exemption just days after the lawsuit was filed.

Sr. Deirdre is not the only military member vying with vaccine mandates, however. A group of members of the elite Navy SEALs and other operations forces similarly challenged the Biden administration’s vaccine mandate under RFRA and the First Amendment, albeit with differing results. A federal district court judge ruled that the military members were entitled to a religious exemption under both RFRA and the First Amendment. The Supreme Court, however, put the district court’s decision on hold. Consequently, the Biden administration can allow the Navy to decline to deploy special operations forces personnel who object to mandatory vaccination for COVID-19 on religious grounds. While DC|Health’s decision settled the question as to Sr. Deirdre, the issue of how public and private entities alike will handle vaccination exemptions in the future is likely to remain an ongoing debate. One key difference between Sr. Deirdre and the other, active-duty military members who challenged the vaccine mandate is that Sr. Deirdre is retired, is not an agent of any governmental entity, and technically operates her own pro-bono clinic free of governmental influence.

Both Sr. Deirdre and her fellow military members fought a public entity and made their claims under RFRA. Private institutions, on the other hand, are not bound by RFRA, and are thus free to institute vaccination policies as they wish. Proponents of vaccine mandates point to the vaccine as the cause for a return to normalcy, while opponents like Sr. Deirdre point to religious beliefs as well as to naturally acquired immunity as a basis for refusing vaccination. As more and more sectors return to pre-COVID-19 normalcy, more vaccine mandate challenges based on religious objections are likely to be brought, especially in light of the waning virulence of COVID-19.