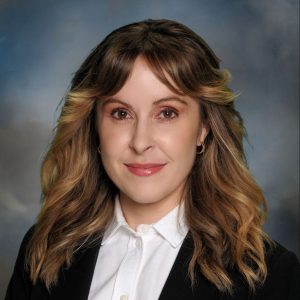 While the world watched on November 18, Oklahoma Governor J. Kevin Stitt commuted Julius Jones’ death sentence just four hours before he was scheduled to die by lethal injection. Mr. Jones has actively proclaimed his innocence since he was sentenced to death in 2002. More than 6.5 million people signed a petition to save him from execution. A diverse coalition of supporters—including Republican Oklahoma legislators, high school and college students, a European Union ambassador, various professional athletes, the Catholic Archbishop of Oklahoma City, and Kim Kardashian West—urged Governor Stitt to grant clemency. Spared execution, Mr. Jones now faces imprisonment for the rest of his life, without the possibility of parole.

Mr. Jones was convicted and sentenced to death for murdering Paul Howell, a white businessman who was shot in his driveway during a carjacking in a suburb of Oklahoma City. Mr. Jones maintains that he was home with his family when Mr. Howell was killed, eating dinner and playing board games. An eyewitness description of the shooter matched Mr. Jones’ codefendant more than Mr. Jones. Investigators found a gun and bandana in a room at Mr. Jones’ house. The night Mr. Howell was shot, the codefendant spent the night at Mr. Jones’ house and slept in the room where the gun was later found.

At trial, Jones’ lawyers did not cross-examine the codefendant and did not call Jones to testify. Nor did they present alibi witnesses. The codefendant made a deal with prosecutors and served a fifteen-year sentence. While incarcerated, the codefendant told three separate people that he “set Julius up.” Additionally, there were issues of racial bias at Mr. Jones’ trial. Eleven out of the twelve jurors were white. The District Attorney claimed that the murder was committed by Black men seeking money for drugs. One juror called the trial a waste of time, and said Mr. Jones was a N-word who should be shot behind the jail.

Howell’s sister testified that she saw Mr. Jones shoot her brother in front of Howell’s two young daughters. She called for Jones to be held accountable, saying that she is convinced of his guilt and that he is the same person today as he was twenty-two years ago. Mr. Howell’s sister and other family members expressed that the intense media attention has re-victimized the family.

Oklahoma prosecutors maintain that the evidence against Mr. Jones is overwhelming. They are disappointed that after twenty-two years and four appeals, the Governor undid the work of investigators, prosecutors, jurors, the trial judge, and thirteen appellate judges.

The Oklahoma Pardon and Parole Board twice recommended that Governor Stitt grant clemency and commute Mr. Jones’ death sentence to a sentence of life with the possibility of parole. Several members of the Board said they doubted the evidence leading to his conviction.

In the eleventh hour, Governor Stitt commuted the sentence to life without the possibility of parole (LWOP) pursuant to Oklahoma Const. article VI, Section 10.

Article VI., Section 10 of the Oklahoma Constitution prohibits the Board from recommending, and the Governor from granting, parole to a person with either a death or an LWOP sentence. Additionally, a Governor may issue any limitation or restriction to a commutation as he or she deems proper.

Governor Stitt ordered: “Julius Darius Jones shall not be eligible to apply for or be considered for a commutation, pardon, or parole for the remainder of his life.” This condition finds support in Title 515, Chapter 15, Subchapter 15 of the Oklahoma Administrative Code. After an inmate receives a favorable commutation of a sentence from the governor, that person is ineligible to apply for another commutation for the same sentence.

The Constitution grants the executive branch the power to commute a prisoner’s sentence. In Oklahoma, the Governor’s power to grant a prisoner clemency is a practically unrestricted matter of discretion. It is vested in the Governor, not only for the benefit of the prisoner, but also for the welfare of the people, who may properly insist upon the performance of a pardon, parole, or commutation. A pardon is not a private act of grace, but part of the constitutional scheme. When granted, it is a determination of ultimate authority that the public welfare would be better served by inflicting a lesser sentence upon a person. Courts recognize that it is in interest of the public welfare to spare an innocent person of a wrongful conviction and maintain the integrity of the criminal legal system.

What’s Next for Julius Jones?

Since commutation power rests within the executive office of the Governor, it is possible that a subsequent governor can offer parole, commute, or pardon Mr. Jones’ LWOP sentence. However this will likely prove difficult due to the prohibitory condition that Governor Stitt placed in his Order. It is unclear whether this condition is constitutionally valid for a future governor who carries his or her own commutation power pursuant to the executive office.

Mr. Jones can also pursue an exoneration if he can prove he was wrongly convicted. Exonerations are commonly sought when there is newly tested DNA evidence. They can also be sought in cases where a codefendant recants, or when a person’s alibi is proved. The Court has ruled that prisoners asserting defaulted claims of actual innocence must first establish that if new evidence were considered, no reasonable juror would find the defendant guilty beyond a reasonable doubt. Mr. Jones will need to overcome significant procedural and substantive hurdles since he has exhausted all of his traditional post-conviction appeals. Whatever comes next, the world is watching.

Cece Jones-Davis, Julius Jones is Innocent. Don’t Let him be Executed by the State of Oklahoma, Change.org (last visited Nov. 21, 2021).