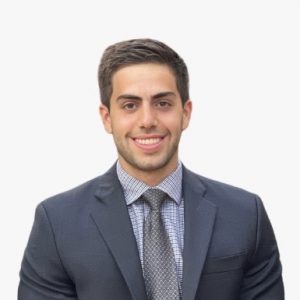 Over the past several weeks, politicians in Washington, D.C. have discussed enacting a “Billionaires Tax.”  This tax, proposed by the Biden administration and encouraged by many Democrats in both the United States House of Representatives and Senate, would be a tax on unrealized capital gains. Specifically, this unrealized capital gains tax would be imposed on each billionaire in the United States, which, according to the Bloomberg Billionaire Index, is roughly 800 individuals. However, the proposed tax has far greater implications beyond these 800 individuals.

How the Tax Works

The tax targets the capital assets of Billionaires in the U.S.  Various forms of property, such as stocks, are considered capital assets. Further, capital assets, including stocks, can result in a “capital gain.” For example, imagine that billionaire taxpayer (T) buys a stock at a certain price.  If the stock appreciates in value and there are no capital losses that zero out the amount the stock’s value increase, then there has been a capital gain. However, at this point in time, the capital gain has not been “realized” and therefore cannot be included in T’s gross income. In other words, T has an “unrealized” capital gain. To realize this gain, a realization event would need to occur, such as T selling the stock.

In Commissioner v. Glenshaw Glass Co., the United States Supreme Court held that gross income constitutes: (1) accessions to wealth that are (2) clearly realized and (3) which the taxpayer has complete dominion. One may argue that T is wealthier because of the stock’s appreciation, but even so, T’s capital gain likely does not fit into the definition of gross income because he has not realized any accession to wealth nor does he have any dominion over the apparent accession. So, at this point, when T has not sold the stock, T’s capital gain cannot be taxed. However, the proposed “Billionaires Tax” would tax T’s capital gain even though it is not yet realized and is not income.

Implications of the Proposed Tax

There are various implications of the proposed tax on unrealized capital gains. The first, as demonstrated above, is that there is likely no legal basis for establishing such tax based on the current U.S. Federal Tax Code and case law. Additionally, there could be various constitutional challenges under the 16th Amendment (which allows for a tax to be imposed on income) because an unrealized capital gain is not income. With this in mind, establishing a likely illegal tax could result in a steady stream of lawsuits from the affected group being taxed.

A third implication of a tax on unrealized capital gains is how to determine, as well as the difficulty of determining, the value of capital assets. Although the value of some capital assets, like a publicly-traded stock, may be fairly easy to value, there are other types of capital assets whose value may not be so easy to calculate. For example, people may have differing valuations for a piece of art, an antique, or a non-publicly traded stock. Determining the value of these pieces of property is crucial to determine the tax and could be difficult to do.

It already appears that President Biden, his administration, and members of Congress have halted the push for a tax on unrealized capital gains. This has probably been for a variety of reasons including pushback politically from both sides of the political aisle, the likely legal invalidity of such tax rooted in tax law, and the possibility that such tax is unconstitutional. Given all of these factors, particularly the lack of a legal basis for a tax on unrealized capital gains, it is unlikely that this type of tax will gain any more traction than it already has.

Laura Saunders, Why the Billionaires’ Tax Matters to You, Too, The Wall Street Journal, Nov. 5, 2021.

Steve Wamhoff, The Billionaires’ Income Tax Is the Latest Proposal to Reform How We Tax Capital Gains, Institute of Tax and Economic Policy, Sept. 28, 2021.