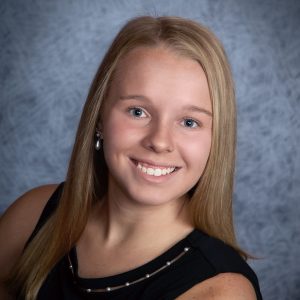 Gun rights have been a hot topic throughout the United States for many years, likely since the passage of the Second Amendment to the U.S. Constitution. The Second Amendment of the U.S. Constitution states that “a well regulated Militia, being necessary to the security of a free State, the right of the people to keep and bear Arms, shall not be infringed.” Fast forwarding to today, it’s been thirteen years since District of Columbia v. Heller, where the Court’s conservative majority declared an individual right to gun ownership and eleven years since the Court applied that ruling to the states in McDonald v. City of Chicago. Since then, the Court has not reviewed any major Second Amendment cases, regardless of the over 1,400 that have been filed to challenge existing gun regulations.

On November 3, 2021, the U.S. Supreme Court heard oral arguments from two New York (NY) gun owners and the NY affiliate of the National Rifle Association, who are seeking an unrestricted right to carry concealed handguns in public. They appealed from a lower court ruling that threw out their challenge to the 108 year old NY law. The law requires “proper cause” to carry a concealed handgun, which is a heightened standard above the general desire for self-defense. Upon applying for their concealed carry permits, one appellant received a permit to carry a gun to and from work, while both acquired licenses to carry weapons for hunting. Both individuals, however, were “denied the right to carry guns outside the home as a general matter of self-defense” in situations outside of the explicitly approved ones. The appellants claim that the current NY law governing concealed carry violates the U.S. Constitution’s Second Amendment right by giving government officials too much discretion in choosing and approving who has “proper cause” for a permit.

What are the current concealed carry permit regulations?

The current law in NY requires a specific stated reason from applicants that need a gun for self-defense. NY does not issue concealed carry permits out of the general desire for self-defense. Instead, applicants must show that they have “proper cause” to carry a concealed handgun. A state firearms licensing officer must be convinced of an actual, non-speculative, need for self-defense. This law is analogous to restrictions that run from Medieval England through the founding of the United States and up to today.

Although oral arguments were heard on November 3rd, the Supreme Court has until June of 2022 to issue a ruling. After oral argument, it seems that the decision is weighing heavily in favor of overturning the New York law. The Supreme Court currently has a six to three conservative majority that is considered sympathetic to expanding Second Amendment rights. In addition, when Heller and McDonald were decided, the rulings were 5-4 in declaring an individual right to gun ownership. Changes in the Supreme Court have led to a more conservative court than in 2008 and 2010 when those cases were decided, which suggests that the court will again expand Second Amendment rights.

The appellants argue that history is on their side, as the American colonies and the early states never barred (and even sometimes required) residents from carrying guns. They conclude that no matter what test the Court applies (strict scrutiny, intermediate scrutiny, or rational basis), NY’s denial of their concealed-carry applications violates the Constitution. If the law is overturned, new questions will arise involving local government regulation of firearms in venues such as government buildings, public transit, sports stadiums, and schools, among others. This was a specific concern of the justices during oral argument. In addition, gun restriction advocates fear a domino effect that could lead to other state and local gun measures being deemed dangerous by courts. The liberal justices on the Court believe that striking down the law will lead to more guns on the streets of both New York City and Los Angeles, since California has a law that is similar to NY’s.

New York, on the other hand, argues that the right to carry a gun outside the home for self-defense is not absolute. The restriction that is currently in place is consistent with practice in England and the United States for the past 700 years. The state also argues that even if history did not show that the law is constitutional, the scheme would still pass muster under intermediate scrutiny and be declared constitutional. The New York law can satisfy this test because the state “has strong interests in lowering rates of violent crime and gun violence, and it attempts to do so in a targeted way, by allowing people to carry handguns only when they have an actual need to do so.” If the law is upheld, nothing will change and the current requirements will remain in place.

Gun control groups claim that overturning the law will result in more violence, but gun rights groups say that such risk of confrontation is exactly why “they have a right to be armed for self-defense.” Overall, all eyes are on the U.S. Supreme Court as New York and other states with similar laws await this decision. No matter the outcome, gun laws in most states will not be affected.