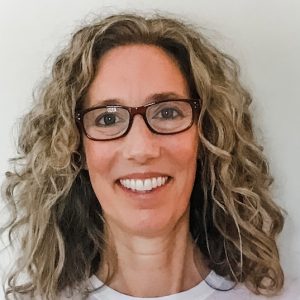 On August 25, 2020, Kyle Rittenhouse drove from his home in Illinois to Kenosha Wisconsin, carrying a loaded AR-15 style rifle. There were violent protests and unrest occurring in Kenosha following the shooting of an unarmed Black man by a white police officer. On the third night of the protests, Rittenhouse, 17 at the time, used his semi-automatic rifle to shoot and kill two men who were in the midst of the chaotic scene:  Joseph Rosenbaum, and Anthony Huber, and injure a third, Gaige Grosskreutz.

Rittenhouse claims he was acting in self-defense and therefore not guilty.

The Elements of Self-Defense in Wisconsin under Section 939.48.

they would be killed or seriously hurt. This defense requires an unlawful actual use of or threat of deadly force. Once a defendant makes “some showing” of self-defense, the burden of proof shifts to prosecutors to show the belief that deadly force was the only appropriate response was unreasonable.

Wisconsin law does not require someone who feels his life is in danger to flee before shooting, however whether they choose to flee if they have the chance is one factor for jurors to consider when deciding reasonableness.

If a defendant is successful in convincing a jury they have satisfied the elements of self-defense, they are found not guilty.

The Case for Self-Defense

Rittenhouse’s lawyers say it’s clearly self-defense. They say he went to Kenosha to help protect businesses from the looting he had been seeing on tv, not to hurt anyone. While there trying to protect law-abiding citizens from rioters, he was chased by Rosenbaum and claims Rosenbaum tried to take his weapon. Rittenhouse’s attorneys claim he feared for his life, there was a threat of deadly force, and therefore he had no choice but to shoot. Though there is no imperative that one who feels his life is in danger flee, they argue he did flee but was chased by Rosenbaum.

His attorneys then argue Huber also tried to take Rittenhouse’s weapon. Additionally, video confirms Rittenhouse falling to the ground and being hit on the head with what appeared to be a skateboard, “to separate his head from his body.” Feeling vulnerable in that position and fearful for his life, Rittenhouse’s attorneys say he again acted only to protect himself. Here too, they argue all elements are satisfied: he subjectively reasonably believed there was actual use of deadly force, and he had no choice but to shoot.

Similarly, with Grosskreutz coming at him with a gun, his attorneys argue he felt he had no choice but to fire. He says he reasonably believed he was in danger with a threat of deadly force in Grosskreutz brandishing a weapon and approaching him, and he responded proportionally.

If the jury believes Rittenhouse reasonably feared for his life, even just “some showing” of this fear in each of these cases, prosecutors will have to prove his belief was entirely unreasonable. This could prove difficult in the chaos of the protests that night and video showing Rosenbaum chasing Rittenhouse, Huber hitting him over the head with a skateboard, and Grosskreutz coming toward him with a gun it might be even more difficult.

The Case for Prosecution

Prosecutors will argue Rittenhouse was not there to try to protect businesses, but rather to join in with other armed counter protestors. Of the hundreds of people protesting in Kenosha and all the looting and chaos, the only person to kill another that night was Rittenhouse, who killed not one, but two people in separate incidents and then went on to shoot a third.  The prosecutors argue it was Rittenhouse who started the confrontation with Rosenbaum. Rosenbaum had been “getting in people’s faces” but only Rittenhouse responded, and led to Rittenhouse chasing Rosenbaum. Not only did Rittenhouse shoot Rosenbaum, but he shot him in the back of his legs, and then in the back, which prosecutors argue show he was not a threat at that time. After shooting him, Rittenhouse did not attempt to render aid, and left him to die. Only moments later, he shot and killed Huber, and then Grosskreutz. The only two people killed that night, killed by an out-of-control 17-year old vigilante illegally carrying a semi-automatic weapon.

Prosecutors have been blocked from showing a video from about two weeks before the Kenosha shootings wherein Rittenhouse commented he wished he had his rifle to shoot men coming out of a pharmacy, who he incorrectly thought had shoplifted. The video would be helpful in establishing his propensity toward vigilantism, and the judge did suggest he might reassess whether the video is admissible. With or without the video, prosecutors are attempting to paint Rittenhouse as a vigilante and police wannabe. Rittenhouse and his victims were all white, but many feel race is an underlying issue in Rittenhouse’s actions as protestors were out in response to white police shooting and paralyzing an unarmed Black man.

The jury decides whether they believe Rittenhouse’s argument that he reasonably felt he would be killed or seriously hurt by Rosenbaum, Huber, and Grosskreutz, that he had been threatened with use of deadly force, and that there was a necessity of response. How juries come out on “reasonableness” and whether they believe Rittenhouse was scared for his life is not easily predictable. That said, we know Rosenbaum chased Rittenhouse just before being shot, Huber violently hit him over the head with a skateboard, and Grosskreutz approached him with a handgun. Whether or not one feels Rittenhouse should be convicted, there does appear to be “some showing” of self-defense. Prosecution will need an extremely strong rebuttal to convince the jury they have proven he did not fear for his life.  This could be hard for the prosecution to win – but not impossible.