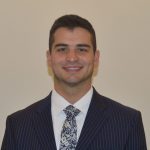 The Proposed FTC Rule:
On January 5th the Federal Trade Commission released a notice proposing a new rule banning the use of covenants not to compete, colloquially referred to as “noncompete clauses,” in employment contracts nationwide. Noncompetes are enforced in some form in almost every state and the change has the potential to impact millions of employees across the country. Noncompete clauses are contractual terms between employer and employee that prevent the employee from seeking employment at, or starting a business that, competes with their employer in “a certain geographic area and period of time after their employment ends.” The rule classifies such clauses as an unfair method of competition, effectively prohibiting them. Rather than grandfather the changes in, the proposed rule burdens employers with recission and notice requirements discussed below. Many have questioned the legal authority of the FTC to make such a broad rule as well as the wisdom of such a sweeping change.

Potential Effectiveness and Alternatives:
A blanket ban on noncompetes may not be effective, and various academic literature, before the proposal was passed by a 3-1 vote at the FTC, indicated a blanket ban may not be prudent absent comprehensive data. The FTC argues the rule will raise wages for workers. However, substantial compliance costs are also recognized, and the commission admits it “does not have detailed or complete enough quantifiable and monetizable estimates to determine whether net costs are positive or negative.”

Some studies suggest that enforcement of noncompete clauses, when studied across a broad spectrum of enforcement regimes in all 50 states, did not change the level of employer use of such clauses, making the “practical significance” of reform questionable. Enforcement is spotty and unpredictable due to the oft used and vague requirement that such clauses simply be “reasonable.” Some argue employee lack of knowledge of whether the clauses are enforceable “chills” employees from negotiating and is to blame for persistent use of noncompetes even in no enforcement regimes.

The reasonableness test’s unpredictability might be reformed with tests more focused on one of employers’ major justifications for the clauses; the costs associated with training and then losing workers with intimate knowledge of business practices. If enforcement hinged on whether a certain worker will actually walk away with intimate business knowledge, as opposed to reasonableness, maybe the equities could be balanced between employer and employee. Other attempts at reform include a 2018 Massachusetts law requiring “garden leave” clauses “providing pro-rata payment during the restricted period” wherever noncompetes are used. Many options for reform exist, perhaps a blanket nationwide ban is an extreme move to make and could result in lower incentive to invest in research and development when the investment might walk out the door.

Indeed, some evidence suggests the market handles noncompetes, suggesting competition can buy a worker out of a noncompete if the employee is of such high value, such as Nortel for $11.5 million in 2005 for Motorola’s former COO. Further still a ban may not work, as companies and their counsel may find creative ways to defer compensation and ownership options or make installment severance payments. While the labor bar no doubt will come up with creative legal workarounds, cabals of employers in non-enforcing California’s Silicon Valley have already paid large settlements for illegally entering mutual “no-hire” or “antipoaching” agreements. However, economic theory indicates it is hard to deny that noncompetes create friction in the labor market. Perhaps slow legal inertia is a good thing. Letting the states be “laboratories of democracy” for a while longer may be prudent.

First, the FTC Act may not grant the FTC the power to make such a substantive rule based only on its generally accepted and limited authority to make procedural rules and classify corporations. Furthermore, the “major questions doctrine” from West Virginia. V. EPA presents a serious challenge to the rule’s validity. The 2018 decision made regulations with sweeping economic and political consequences presumptively invalid absent specific authorization from congress. This rule could be challenge under the doctrine. Additionally, the non-delegation doctrine may require the policy be legislated by Congress, not enacted by unelected agency officials. Indeed, a more limited bill was introduced in the Senate 2015.

While the rule likely pre-empts state law, an overwhelming majority of states, as many as 47, uphold noncompetes in some form and using such a blunt instrument with broad impact based on such limited data could have unintended consequences.

Compliance costs are also non-trivial, by the FTC’s own estimates, legal, administrative, and other costs for businesses could total 1.77 billion nationwide. Compliance requires companies no longer use noncompetes, rescind existing ones within 180 days of the rule being implemented, and provide individual notice of recission to each worker within 45 days of recission. The rule broadly defines worker to illustratively include volunteers, independent contracts, externs, and more, expanding its impact and notice costs.