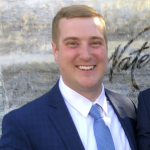 Sport’s bettors in New York received some potential good news as Governor Andrew Cuomo unveiled a plan that would legalize online and mobile sports betting statewide. Governor Cuomo’s proposal came on January 6th in response to New York’s growing budget deficit resulting from the Covid-19 pandemic. The Governor’s proposal marks a stark departure from his prior position regarding online and mobile sports betting.

Since the Supreme Court’s groundbreaking 2018 decision in Murphy v. NCAA, which struck down the federal law that effectively prohibited gambling on sports in most states, New York, the District of Colombia, and 18 other states have legalized sports betting. Although sports betting is already legal in New York, it is confined to in-person betting at a handful of sportsbooks owned by Native American tribes or the four commercial casinos in the state. Under the current law, a sportsbook is the physical location inside one of the brick-and-mortar casinos where bettors go to place wagers. Should New York adopt online and mobile sports betting, bettors would be able to continue to place bets at the brick-and-mortar locations, or through online sportsbooks that would consist of a website or mobile app. The legalization of mobile and online betting would place New York in the company of 14 other states, such as neighboring New Jersey and Pennsylvania, that have already taken the step to legalize mobile and online betting.

Under the proposed legislation, private operators will only be able to obtain a license from the New York State Gaming Commission if they have a partnership with one of the existing Native American or commercial casinos. The New York State Gaming Commission will “solicit bids for a small number of mobile sports wagering operators” in order to decide who will obtain a license.

Governor Cuomo stated that the state’s proposed model would allow the state to maximize revenue compared to the system’s in place in the other states that have already legalized mobile and online betting. In New Jersey, for example, there is no competitive bidding process to issue licenses, rather the online sportsbooks are tied directly to the brick-and-mortar casinos, rather than through an independent operator. According to Robert Mujica, the New York state budget director, the competitive bidding approach of the proposed model could be the difference between the state collecting $50 million and $500 million in tax revenue.

Skepticism Over the Governor’s Proposal

Governor Cuomo’s plan has been met with skepticism from both legal and gaming experts.

Legal experts are concerned that the proposal will violate the strict anti-gambling language of the New York State Constitution. The language of the State Constitution limits sports betting to the Native American and commercial casinos. In an effort to circumvent this requirement, the state is requiring operators to partner with and house the servers for online and mobile sports betting inside of the previously mentioned casinos. It is still unclear whether these requirements will satisfy the constitutional requirements.

Gaming experts have also expressed concern that New York’s proposed model would hinder the state’s ability to maximize tax revenue. Under the proposed model, Governor Cuomo said that the Gaming Commission will limit the number of licenses, known as “skins,” in the betting world, to a “small number” of operators. There is speculation that the number of skins available will be limited to one for each of the existing casinos. New York Assemblyman Gary Petrow favors a system allowing for more than one skin, arguing that just because the Gaming Commission is authorized to issue more skins, it doesn’t mean that they have to issue all of them.

One argument posed by Chris Grove, a partner at a gaming analysis firm, is that limiting the number of operators “reduces product diversity and marketing, which would lead to fewer legal wagers.” Grove favors a model with closer to 10 skins.

Matt King, the CEO of FanDuel Group, which is already authorized to operate their daily fantasy games in New York, but not their sportsbook, believes that “a model with competition among experienced operators is critical to maximizing state tax receipts.”

Although the current model calls for a “small” number of skins, State Senator Joe Addabbo has mirrored the sentiment of Petrow, Grove, and King, and believes that it is in the state’s best interest to institute a more expansive system. Addabbo has said that he will work across the chambers with Petrow to try and get the proposal passed, even if that means adding more skins.

Although there is dispute as to the best way for New York to implement online and mobile sports betting, there is a consensus among all parties that it will help generate much needed tax income for the state. Not only will legalization generate revenue for the state, it will provide bettors with a piece of mind that their money is safe in licensed casino, as opposed to with a bookie or illegal online site. Ultimately, the legalization of online and mobile sports betting would be a win-win for all involved.

Photo courtesy of The Wallstreet Journal