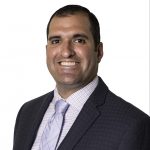 Dating back to the American Revolution, the United States was founded upon the fear of military forces being used domestically. There was even a strong sentiment from our founders during the Constitutional Convention to forego a standing army because of the historical tendency foreign governments had of using military force against its own citizens. Conversely, our founders also realized that military forces may be required to assure security in the states. Today, the legal debate on the role of our military has reappeared amongst the public as we are seeing new and creative uses for our military in our communities during times of civil unrest and in response to the COVID-19 pandemic.

During this past year, the National Guard, which is a reserve component of the United States Army and Air Force, has activated more than 86,400 service members in support of domestic operations in all 50 states, three territories, and Washington, D.C. The National Guard has displayed the unique ability to accomplish missions when the resources of local emergency services run short. Missions varied as the National Guard responded proactively to protect the shoreline from the potential flooding of Lake Ontario, and retroactively to the creek fire in the Sierra Nevada mountains to aid the search and rescue of 396 people and 27 animals. With the outbreak of COVID-19, an estimated 47,500 service members in the National Guard answered their call to service which resulted in more than 9.3 million people being tested or screened for COVID-19, more than 387 million masks, gloves, gowns and other protective equipment being distributed, and over 584 million meals packaged, served, or delivered by National Guard members.

This begs the question, what laws govern this type of use of our military?

First and foremost, our founders implemented constitutional protections that subject the military to civilian decision making and tight control over its use. As a bedrock principle, the Constitution’s “Guarantee Clause” requires the federal government to provide a “Republican form of government” in each state. To do so, the President, as Commander-in-Chief, has a Constitutional obligation to protect the states from invasion. However, it takes an act by Congress to call forth the Militia (National Guard) “to execute the Laws of the Union, suppress Insurrections and repel Invasions.”

These principles were formalized in the Posse Comitatus Act (PCA) of 1878 which prohibits the use of federal forces from actively executing the laws on U.S. soil. Under the PCA, federal forces are defined as “Title 10” Army and Air Force personnel who serve at the discretion of the President. While the PCA does not implicitly subject its application to service members in the Navy or Marine Corp, they are included in the U.S. Code and the Department of Defense (DoD) applies the PCA’s law enforcement restrictions to them through departmental instruction. The Coast Guard is excluded under the PCA because it serves as a law enforcement agency under the Department of Homeland Security, except when operating as a service to the Navy upon a declaration of war by Congress or under Presidential directive. Lastly, the PCA does not apply to National Guard service members operating under the command of the state Governor in a “State Active Duty” or “Title 32” status. This grants the state Governors with the discretion to use National Guard service members in a Title 32 status to do a whole host of missions that Title 10 (federal) forces cannot do under Presidential authority. As you can see, this power sharing agreement for control over our military service members is not only between branches of federal government, but also separated vertically under the principle of federalism.

The mobilization of 25,000 National Guard service members for Presidential Inauguration 59 was authorized in large part at the consent of the respective state Governors in support of a “National Special Security Event.” Service members from various states were placed under operational control (OPCON) of the D.C. National Guard by their respective state Governors in a Title 32 status to serve in a law enforcement capacity. Service members were trained and appointed as special police at the discretion of the mayor of Washington, D.C., and used as “sensors” to aid local law enforcement with the identification of potential threats. Since state Governors consent to the use of their state National Guard for this purpose, they can also revoke their consent for their use and bring them back to their home state at any time as was seen by the Governors of New Hampshire, Florida, Texas, and Montana after photos surfaced of National Guard members sleeping outdoors and in parking lots surrounding the Capitol.

Lastly, a series of Emergency Acts, namely the Public Health Service Act (PHSA), the National Emergencies Act (NEA), and the Stafford Act authorize various funding sources and allow military personnel to be used to respond expeditiously to a pandemic. Under the PHSA, the federal government is granted broad discretion in assigning personnel to a crisis which opens the door to the use of the military. The NEA authorizes Secretaries of each military to order members from the Select Reserve or Individual Ready Reserve to active duty. Lastly, the Stafford Act allows state and local authorities to use federal Disaster Relief Funds to pay for the use of National Guard forces.

There is no sign of our current reliance on National Guard service members slowing down in the coming year. On January 21, 2021, President Biden authorized federal funding for National Guard service members to assist with COVID-19 vaccination distribution in the states through September 30, 2021. In addition, 5,000-7,000 National Guard service members will remain in D.C. through mid-March to provide assistance with security, communications, medical evacuation, logistics, and safety to local, state, and federal agencies. While National Guard forces cannot respond to emergency situations as quickly as our first responders, they are essential in sustaining our emergency response efforts, and maybe its time we start seeing our citizen-soldiers as our nation’s “second responders.” Perhaps, contrary to our founders worrying about the use of the military against the people, maybe we are witnessing what our military is capable of when used for the people?

Office of the President, Memorandum to Extend Federal Support to Governors’ Use of the national Guard to Respond to COVID-19 and to Increase Reimbursement and Other Assistance Provided to States, January 21, 2021.

See Alex Horton, National Guard members allowed back at Capitol after they were banished to a parking garage, The Washington Post, (Jan. 22, 2021).