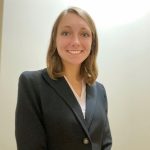 On January 8, 2021, Twitter permanently suspended President Donald Trump from using his Twitter account or tweeting off of another Twitter account. Two tweets caused Twitter to suspend his account, “The 75,000,000 great American Patriots who voted for me, AMERICA FIRST, and MAKE AMERICA GREAT AGAIN, will have a GIANT VOICE long into the future. They will not be disrespected or treated unfairly in any way, shape or form!!!”, and “To all of those who have asked, I will not be going to the Inauguration on January 20th.”

Twitter stated that these tweets violated its Glorification of Violence policy, which aims to stop its users from glorifying violence when it has the possibility of inspiring other users to commit violent acts. Through analyzing these tweets in the broad context of the high tensions surrounding President Trump, President-Elect Biden, and the storming of the Capitol Building on January 6, 2020, Twitter found it highly likely that these tweets would inspire future violence. Thus, Twitter permanently banned President Trump from the platform.

In response to President Trump getting banned, his supporters have argued that this is a violation of the First Amendment. His son, Donald Trump Jr., tweeted, as a response to his father’s ban, “Free-speech no longer exists in America.”

What does the First Amendment really say?

The First Amendment is one of the most fundamental liberties the Constitution provides. However, the liberty is not as broad as many people think.

The First Amendment to the United States Constitution states, in relevant part, “Congress shall make no law . . .  abridging the freedom of speech.” The key word here is the first word of the amendment itself, ‘Congress.’ Congress, thus, is the entity responsible for upholding one’s First Amendment rights. In addition to Congress, according to what is known as the ‘Incorporation Doctrine’ of the Fourteenth Amendment, the states have this responsibility as well. This doctrine states that the first ten amendments, which includes the First Amendment, also applies to the states.

This means that the only entities that are responsible for upholding the protections the First Amendment affords are Congress and the states, and entities with an interrelationship with Congress or the states, such as a state-run university. Private entities cannot be held responsible for denying someone their constitutional right to free speech.

This is where a common misconception about the First Amendment lies. People do not realize that private companies, social media entities, friends, or coworkers cannot be held in violation of abridging one’s right to free speech. Rather, it is something only Congress and the states can violate.

Twitter is a private company; it is not congressionally or state-run. This means that Twitter has no obligation to uphold President Trump’s First Amendment rights to free speech, or to be a host for his opinions and viewpoints. Thus, free speech in the context of the First Amendment is completely irrelevant here. Rather than violating the Constitution, Twitter is actually exercising its rights as a private company to monitor and filter the information on its platform.

This right stems from part of the Communications Decency Act of 1996, the part which is colloquially known as ‘Section 230.’ This section allows private social media companies, including Twitter, to remove its users for violating their guidelines. Thus, by removing President Trump from the platform, Twitter is just exercising its own rights and not taking away any of President Trump’s.

Since this is not a constitutional issue, it comes down to Twitter’s Terms of Service. By using Twitter, each user agrees to the rules and regulations the platform requires. Twitter’s Terms of Service specifically state that it reserves “the right to remove Content that violates the User Agreement.” One of these types of content is that which glorifies violence, which in turn can inspire others to commit similar violence. This is the guideline President Trump violated. In its Terms of Service, Twitter clearly states that tweeting this type of content can lead to permanent suspension.

Thus, Twitter had the right to create rules that would result in the removal of users, and created a rule that did just that. This means that the permanent ban on President Trump’s Twitter account is legal and a valid exercise of Twitter’s rights as a social media platform.

President Trump also knew about this, whether that be actual or constructive. The first section of Twitter’s Terms of Service states that by accepting the terms and using Twitter, the user agrees to abide by the terms and form a binding contract with Twitter. Thus, just by virtue of having a Twitter account, President Trump had actual or constructive knowledge of the repercussions that can stem from his speech.

Due to this not being a constitutional issue, and rather a valid Twitter policy, there is no avenue for President Donald Trump to win a free speech claim as the laws are written today. The issue moving forward is whether we should allow private social media companies to take these actions and remove accounts based on the content and impacts of their speech. The debates will likely center around the need to balance America’s core value in the ability to freely speak with the need to prevent violence, disinformation, and extremism. For now, however, President Donald Trump will remain suspended from Twitter.