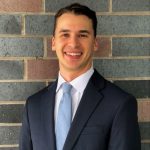 On January 6, 2021, an angry mob of supporters of Donald Trump stormed the United States Capitol. The mob was called to Washington D.C. on that day by the President to support his efforts to overturn the 2020 presidential election results and maintain his presidency. At a demonstration titled the “Save America Rally,” President Trump repeatedly called the election results a “disgrace” and encouraged his supporters to “fight like hell” to “take back our country” before directing the crowd to march on the US Capitol.

The mob broke through metal barriers, lines of Capitol Police, and ultimately the doors and windows of the Capitol. Senators and Congressional Representatives, who were at the Capitol for the procedural task of counting the electoral votes formalizing Joe Biden’s victory, were evacuated. For several hours, the mob occupied and vandalized the Capitol. In the end five people died in connection to the clash, including Capitol Police Officer Brian Sicknick.

Two days later, the Department of Justice announced that approximately 53 people have been charged for crimes committed at the Capitol. FBI Director Christopher Wray stated that the charges are “just the beginning of the FBI’s ongoing efforts to hold those responsible for the criminal acts of violence and destruction that unfolded during the U.S. Capitol building breach on January 6th.” The charged crimes are primarily related to trespassing offenses, but also include firearms-related charges, violent entry, and disorderly conduct.

Considering the goals of the mob, the violence employed by the mob, the actual and symbolic desecration of the United States Capitol, and the killing of Capitol Police Officer Brian Sicknick, commentators have called the incident an act of sedition. The acting top federal prosecutor for Washington D.C. said on Thursday that seditious conspiracy charges are on the table.

The last notable conviction of seditious conspiracy occurred in 1995, when Omar Abdel-Rahman, a Muslim cleric known as “The Blind Sheihk,” and others were prosecuted under §2384 in relation to the 1993 World Trade Center Bombing. Before then, seditious conspiracy was primarily charged against members of the Puerto Rican nationalist group FALN responsible for bombings in the United States.

More recently, member of the militant Christian group Hutaree, based in Michigan, were charged with seditious conspiracy for allegedly planning to kill a police officer and then bomb the funeral but were not convicted of the crime.

In an interview with the radio program Here & Now, Harvard University professor of law Noah Feldman said in an interview with WBUR that the definition of seditious conspiracy could apply to the events that took place at the Capitol on January 6th. Section 4 of the Electoral Count Act, now codified at 3 U.S.C. § 15, requires the Vice President to count the electoral votes in the presence of the Senate and House of Representatives. Certainly, members of the mob on Capitol Hill used force to successfully disrupt the execution of that law.

What may be more difficult is establishing the existence of a conspiracy. A conspiracy exists when members “agree among themselves.” Whether the members of the mob that ransacked the Capitol had an agreement about the actions they performed may be difficult to show, but the rhetoric of President Trump and his allies to “fight like hell” and to “stop the steal” moments before the Capitol was breached may be considered by prosecutors.

Ultimately, however, Feldman asserts that no one will likely be charged with the “rarely implemented” crime. That assertion is reflected in the current charges against the initial wave of arrested rioters. Although the acting U.S. attorney for Washington D.C. said that his office was looking into possible seditious conspiracy charges, it remains to be seen whether those charges will be actually filed. January 6, 2021 will be remembered as a day of insurrection and sedition, but the criminal indictments and convictions to come may tell a different story.

Julia Jacobo, This is what Trump told supporters before many stormed Capitol Hill, ABC News (Jan. 7, 2021).

The United States Department of Justice, Nine Members of a Militia Group Charged with Seditious Conspiracy and Related Charges (Mar. 29, 2010).