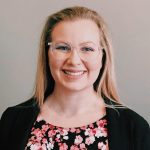 On December 28th, 2020, the Department of Justice (DOJ) appealed a ruling which stopped the scheduled execution of Lisa Montgomery. The DOJ wishes to proceed with her rescheduled execution on January 12th, 2021, despite a judge’s ruling stating that the execution is illegal.

On December 16th, 2004 in Skidmore, Missouri 23-year-old Bobbie Jo Stinnett was strangled to death in her home and her 8-month-old baby was removed from her uterus. Stinnett regained consciousness after the attack and attempted to fight back, only to be strangled to death. An hour later, Stinnett’s body was found by her mother and a search for her baby began.

Online communications through an online chatroom for Rat Terrier breeders, called “Ratter Chatter”, detectives discovered that Bobbie Jo was chatting with Lisa Montgomery. Under the name Darlene Fischer, Montgomery had scheduled a visit to Stinnett’s home to see a puppy. During their communications, both women mentioned their pregnancies, although at the time Montgomery was not pregnant and had undergone sterilization after having her fourth child.

After Bobbie Jo’s murder, members of the town stated that they saw Montgomery with an infant daughter who she had named Abigail. DNA tests confirmed that the infant was Bobbie Jo’s daughter. Montgomery was arrested in her hometown of Melvern, Kansas and the child was safely returned to her father.

Montgomery was charged with “kidnapping resulting in death”, a federal crime that is punishable by death or life imprisonment. During trial her defense team, led by Frederick Duchardt, claimed that she had pseudocyesis, a false belief that she was pregnant that is associated with symptoms and signs of pregnancy. However, this defense strategy was implemented a week before the trial began. The defense was forced to abandon their previous strategy which argued that Tommy Montgomery, Lisa’s brother, had murdered Stinnett. Tommy had an alibi: during the time of the murder he was with his probation officer. Due to this attempted defense strategy, Montgomery’s family refused to testify during her trial about her background and mental health.

Testimony was presented at trial that Montgomery had pseudocyesis, depression, borderline personality disorder, and PTSD. Experts testified that Lisa experienced delusional episodes and was unable to appreciate the nature and quality of her actions. Despite this, jurors found Montgomery guilty and rejected the argument that she was in any way delusional. The death sentence was recommended and on April 4th, 2008 a judge upheld the jury’s recommendation and she was formally sentenced to death.

Montgomery’s appeals team discovered that her mental illness and trauma was not fully revealed to the jury and argued that her lawyer provided an incompetent legal defense. In 2012, the Supreme Court announced that it would not hear Montgomery’s case. Her execution was scheduled for December 8th, 2020.

While traveling to visit Montgomery at Federal Medical Center in Fort Worth, Texas her lawyers contracted severe cases of COVID-19. She was granted a stay of execution which postponed her execution until December 31st, 2020 so that her lawyers had an opportunity to recover and file a clemency petition on her behalf. However, a few days after Judge Randolph Moss granted the stay, the Federal Bureau of Prisons (BOP) rescheduled her execution to January 12th, 2021.

Montgomery’s lawyers filed a motion with the US District Court for the District of Columbia to prevent the government from carrying out the execution. They argued that the stay of execution had suspended the BOP’s authority to make any decisions regarding Montgomery’s execution while the stay was still in effect. Similarly, they argued that their actions clearly violated the plain language of federal execution regulations which states that a new date of execution is to be decided by the Director of the BOP “when the stay is lifted.” Lastly, the Federal Death Penalty Act requires that the BOP follow the execution procedures of the state in which the murder occurred. Missouri requires that inmates are informed of their new date 90-days in advance and that no more than one execution could be scheduled in a month. The BOP not only failed to give Montgomery adequate notice of her new date, they also scheduled two other executions the same week as hers.

A judge for the US District Court for the District of Columbia agreed with Montgomery’s legal team and  ruled that the BOP unlawfully rescheduled Montgomery’s execution due to the stay that was in place, “when an execution is postponed in light of a stay, the governing regulation . . . prevents the Director [of the BOP] from setting a new execution date until after the stay is lifted.” The ruling also stated that the execution could not be rescheduled until after December 31, 2020 when the stay of execution is lifted.

However, the government has appealed the District Court’s ruling and wants to proceed with the execution on January 12, 2021. If the U.S. Court of Appeals for the District of Columbia Circuit denies the BOP’s request to continue with the execution, it will likely not be rescheduled until after President Trump leaves office as inmates on death row are required to have a minimum of 20 days notice of their execution.

President-Elect Joe Biden has stated that he is in favor of abolishing the death penalty although he has not specified whether he would take immediate action once he takes office. Over 40 lawmakers have signed a letter to the President-Elect encouraging him to halt all federal executions on his first day of office.

Currently Lisa Montgomery is the only woman on federal death row and if executed will be the first women executed by the federal government since 1953. Montgomery’s current litigation has also brought to light concerns of carrying out executions during the current pandemic. Executions are often referred to as “super spreader” events as members of execution teams rarely wear masks while in the execution chamber. There is also a concern regarding the effects of pentobarbital (a drug used during executions) in conjunction with COVID-19. The use of this drug on the damaged lungs of a COVID-19 patient could lead to extreme suffering that is described as “chemical waterboarding”. Montgomery’s legal team is currently advocating for her to be tested for COVID-19 due to her exposure.