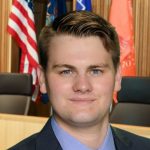 First Ever Jury Trial for the Biometric Information Privacy Act.

Biometric data includes a person’s unique biological traits, which BIPA defines as a scan of the hand, retina, or iris scan, fingerprint, voiceprint, or face geometry. Illinois recognizes that a person’s biological trait is the most sensitive information that an individual possesses. A person’s biological makeup is unique and cannot get altered. As opposed to social security numbers that can change when compromised, biometric information cannot change. In a world of developing biometric technology, people can attach their biometric data to their finances and other sensitive information. If their biometric information gets compromised, their valuable information is at significant risk.

Illinois is among a few states that possess biometric privacy laws. Other states, such as Washington and Texas, also have biometric privacy laws. However, these states do not contain provisions for private causes of action. Only the state’s attorney general can enforce these laws. Illinois is unique in that BIPA allows for a private cause of action. This provision gives the act significant weight in targeting organizations that potentially violated BIPA. BIPA bases its authority on the idea that individuals have a right to their biometric identities. When an organization fails to follow Illinois’ privacy laws, it invades an individual’s statutory rights.

Illinois passed BIPA in 2008, however, its relevance has sprung up recently. The Illinois legislature created this law in response to the bankruptcy of Pay By Touch. Pay By Touch operated an extensive fingerprint scan system in places such as grocery stores, gas stations, and school cafeterias. When this company went bankrupt, many wondered what had happened to their fingerprints. After the creation of BIPA and Pay By Touch’s bankruptcy, the popularity of biometric information faded in Illinois.

Today, as technology advances, many corporations use biometric identifiers for customer convenience or to track employee hours. Illinois has been a hotspot for litigation regarding BIPA. Parties used BIPA to go after big tech giants such as Facebook, Google, and other companies within a wide array of industries.

An Organization’s Violation of BIPA is Enough to Warrant a Lawsuit.

Individuals are subject to monetary compensation if there is a violation of BIPA. Opponents of this provision argue that individuals affected by BIPA need to show some type of injury, such as monetary damages, to bring an action against an organization that violates BIPA. However, the Illinois supreme court, in Rosenbach v. Six Flags, determined that waiting until physical harm, such as monetary loss defies the purpose of BIPA, which is to prevent and deter violations of people’s biometric data. Those who argue for the presence of some type of actual damage claim that the statute’s no-harm provision significantly detriments the state’s economy by hurting companies that must pay large sums of money for violating BIPA.

Where do We go From Here?

As our technology advances further, biometric identification systems will continue to grow. We will face two competing ideals regarding biometric identification systems within Illinois and the broader United States. The first ideal includes an individual’s right to control their biometric information. The second ideal involves the notion that the economic prosperity of companies aids the greater economy, and we cannot have legislative roadblocks that hinder these companies’ abilities to operate. In the future, legislatures and our society will have to wrestle with these two competing ideals when creating legislation on biometric information.