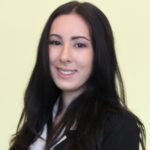 Harvard maintains that while academic excellence is always necessary, the sheer number of undeniably qualified candidates precludes its ability to admit on this criterion alone. A university representative testified that admitting every objectively perfect applicant would require the university to expand its incoming class size by nearly 400%. This is where the institution’s complex rating system for admissions comes into focus.

Upon submission of test scores, transcripts, and other materials, applicants will typically be selected to interview with a Harvard alumnus in their geographic area. Alumni interviewers are provided with a handbook outlining some key topics, but otherwise yield broad discretion in conducting the interview. Applicants are numerically rated in academic, personal, and overall categories. These ratings, along with the interviewer’s notes, are filed with the Admissions Office.

Race in the Admissions Process

The Admissions Office consistently tracks the racial composition of both the applicant pool and the admitted students to evaluate its diversity efforts. Although there are no quotas, if at some point it appears one group appears underrepresented relative to the prior year, the Admissions Office may give additional attention to applicants from that group.

Alumni interviewers are explicitly told to “[b]e aware of their own biases” when subjectively ranking applicants. Although race may act as a “plus” factor, the University contends it is only ever used as a positive attribute.

Both SFFA and Harvard relied heavily on complex statistics and regression models to support their arguments. SFFA contended Asian American applicants received disproportionately low scores, both in alumni interviews and personal rankings by the Admissions Office, and alleged that “unconscious biases” and “improper stereotyping” resulted in discrimination on an individual basis.

Alumni interview notes for some Asian American applicants who received low interview scores in the personal category notably appeared consistent with the “model minority” stereotype. Phrases such as “Applicant seems reserved, hard-working, and of course wants to be a doctor,” or key-words “bland,” “understated,” and “quiet pre-med” appeared in conjunction with one another.

Racial classifications challenged under the Equal Protection Clause receive the highest level of judicial scrutiny—known as “strict scrutiny.” Strict scrutiny requires that classifications used by Harvard in its admissions program be narrowly tailored to further a compelling interest.

A university must clearly demonstrate that its relied upon interest is both constitutionally permissible and substantial. Further, once a university gives a reasoned, principled explanation for its decision to pursue the educational benefits that flow from a diverse student body, deference must be afforded to the university’s conclusion based on its experience and expertise. A university bears the burden of proving a non-racial alternative would not promote its interest as well and at a tolerable expense.

Strict scrutiny jurisprudence has enabled Harvard to consider race in its admissions process for the purposes of achieving diversity only if it demonstrates there is no workable race-neutral alternative that would ensure a sufficiently diverse class. Any such alternative could be rendered “workable” only if it would allow Harvard to achieve the same benefits it currently derives from its diverse entering class, while also being practicable, affordable, and not requiring a material decline in academic quality.

Harvard presented expert testimony concluding that no workable race-neutral alternative would permit Harvard to achieve the level of racial diversity it currently boasts and has credibly found necessary for its educational mission.

Here, the Court ultimately found Harvard met its burden of sufficiently demonstrating that its admissions process complies with the controlling principles articulated by the Supreme Court. Judge Borroughs reasoned that abolishing the racial classifications would result in such a precipitous decline in diversity that the University would be unable to offer its students the same educational benefits.

Judge Burroughs drew heavily on Judge Powell’s opinion in Regents University of California v. Bakke in which he found the educational benefits of a diverse student body does in fact constitute one of the few sufficiently compelling interests capable of surviving strict scrutiny. The Supreme Court’s decision in Grutter v. Bollinger further clarified that a school’s interest in obtaining the educational benefits of a diverse student body is indeed compelling. Harvard relied on these undisputed precedents in this case, asserted the same interest, and was successful in doing so.

The state of the law as it relates to affirmative action jurisprudence explicitly recognizes an institution’s interest in achieving a diverse student body as sufficiently compelling given the certain educational benefits that flow naturally from it. This has been found to include racial understanding, breaking down stereotypes, advancing learning outcomes, encouraging robust multi-cultural dialogue, and preparing students for a diverse workforce and society.

A notable distinction between Students for Fair Admissions and Fisher v. University of Texas at Austin, wherein the Supreme Court upheld the University’s race conscious admissions plan, is that the Asian America plaintiffs in this case boasted indisputably more impressive academic credentials than the plaintiff in Fisher. This factor was a significant point of contention at the district level and is likely to receive similar attention on appeal.

The Supreme Court articulated in Bakke that a university must make a showing that its plan is “narrowly tailored” to the purposes of achieving a diverse student body. Narrowly tailored plans cannot impose strict quotas, but rather, must be flexible enough to ensure each applicant is evaluated on an individual basis and not in a way that would make his or hers race or ethnicity the defining feature of the application. The Court found Harvard’s use of race as a “plus factor” here closely paralleled the admission plan upheld by the Supreme Court in Grutter.

The Supreme Court illustrated what it deems insufficiently narrowly tailored in Gratz v. Bollinger, wherein it struck down the University of Michigan’s undergraduate admissions process was unconstitutional. The plan allowed for underrepresented minority applicants to receive an additional 20 points in a “miscellaneous” category which provided a significant bump towards the threshold amount of points necessary for admission, often compensating for lower levels of academic achievement.

Affording substantial reference to Judge Powell’s opinion in Bakke, the Gratz plan failed to provide the necessary “individualized consideration” and instead, had the practical effect of making an applicant’s race the “decisive factor” for virtually every minimally qualified minority applicant. The Harvard plan at issue here appears to bear less resemblance to Gratz and more to Grutter, on the basis that race being used a plus factor in admissions comes only after the objective academic determination, among the many other considerations. By the time an applicant’s race comes into play for their Harvard application, there appears to be little to no risk that it would constitute a “decisive factor” for a minimally qualified applicant, as in Gratz.

The Court noted that it could not definitively explain the variations that existed in the academic, extracurricular, and personal ratings of the general Asian Americans applicant pool, but acknowledges the disparity existed, nonetheless. The conclusion was, however, that the disparity is small and not reflective of intentional discrimination or an insufficiently tailored admissions process. SFFA has appealed the judgment to the Court of Appeals for the First Circuit.