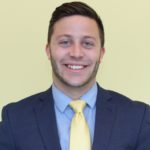 Towards the end of 2002 Lee Boyd Malvo and John Allen Muhammad committed several shootings in Maryland, Virginia, and the District of Columbia, killing ten people and injuring several others. Muhammad was forty-one at the time of the killings and was sentenced to death and executed in 2009. Malvo on the other hand was only seventeen when he committed the shootings and was sentenced to life in prison in 2004, without the possibility of parole. At the time, there was no legal controversy regarding the sentence that Malvo received. However, in 2012 and 2016, two Supreme Court decisions were decided which provided Malvo with an opportunity to challenge the constitutionality of his sentence. Malvo did so and received a favorable outcome on appeal from the Fourth Circuit, where the panel of three judges returned a unanimous decision stating that Malvo was entitled to a new sentencing hearing. The Supreme Court granted Virginia’s petition for review and heard oral arguments last week.

In Miller v. Alabama, the Supreme Court ruled that mandatory life-without-parole sentences for juveniles are unconstitutional under the Eighth Amendment’s ban on cruel and unusual punishment. Alone, this case does very little for Malvo and explains why he waited until 2017 to seek appellate review of his life-without-parole sentence. However, in 2016, the Supreme Court provided Malvo with the necessary legal grounds to appeal his sentence when it decided Montgomery v. Louisiana. In this case, the Court was forced to decide whether Miller represented a new substantive rule and was thus required to apply retroactively. The Court reached the conclusion that the rule in Miller prohibits juveniles from receiving a mandatory life-without-parole sentence because of their youth, which constitutes a new substantive rule. The Court in Montgomery therefore concluded that Miller must be applied retroactively, opening the door to juveniles who previously received mandatory life-without-parole sentences. The Court in Montgomery also noted that Miller “did more than require a sentence to consider a juvenile offender’s youth before imposing life without parole;” it required the courts to separate acts of “transient immaturity” from those crimes which reflect “irreparable corruption.”

At oral arguments, Justices Kagan and Kavanaugh were the most active in questioning the parties and trying to test the limits of their arguments and interpretations of Miller and Montgomery. During oral arguments, the major question that the justices wanted an answer to was what exactly meets the consideration of youth requirement provided by Miller and Montgomery. In an effort to find a satisfactory answer to that question, the justices launched hypothetical after hypothetical at the attorneys arguing for each side. The government suggested that the judge at the original trial possessed the ability to consider youth and adjust Malvo’s sentence at that time and that Malvo is therefore ineligible for retroactive relief.

On the other hand, Malvo’s attorney, Danielle Spinelli, argued that consideration of youth is a requirement under Miller and Montgomery and that the mere theoretical ability of a judge to do something is not sufficient. Spinelli furthers this argument by stating that this is especially the case when it is unclear whether the judge even knew that she could consider such a factor or alter the sentence at the time of the trial. Spinelli ultimately posits that Miller and Montgomery require that Malvo be afforded a hearing in which he can argue that he falls into the category of one who is “merely immature” as opposed to one who is “permanently incorrigible.”

Additionally, the Court was also confronted with a question regarding the general applicability of Miller and Montgomery to mandatory versus discretionary life-without-parole sentences. The government argues that Miller and Montgomery apply only to mandatory life-without-parole sentences of juveniles and that they therefore do not apply to Malvo’s case. However, Justice Ginsburg challenges this argument by pointing out that the only two choices for sentences at Malvo’s trial were death or life-without-parole. Spinelli further argues that this was essentially a mandatory life-without-parole sentence because of Roper v. Simmons. In Roper, the Court concluded that a death sentence of a minor constitutes cruel and unusual punishment under the Eighth Amendment and is therefore unconstitutional. The government again counters this argument by stating that the judge could have imposed a lighter sentence. Ultimately, the oral arguments ended with no clear indication of which way this legal issue will be decided and left the Supreme Court justices with the tall task of defining the scope and interplay of two pivotal Supreme Court decisions.

Despite the general importance of this case, it carries little personal significance to Malvo. However, there are thirteen other individuals in Virginia who could be directly impacted by the decision that the Supreme Court renders in Malvo’s case. As Spinelli points out, there are sixty juveniles serving life sentences in six states who are also likely standing by for the decision in Malvo’s case, hoping that the Court concludes that youth matters enough.