Written by Emily Kosciewicz It is rare for Justice Department leaders to reverse decisions of its own prosecutors on a sentencing recommendation. Normally, U.S. attorneys have wide latitude to recommend sentences… Read more »

Written by Carly Cazer Over 20 years ago, Ben Schreiber committed murder in Iowa. In 1997, he was sentenced to life in prison. While serving his sentence, Schreiber developed kidney… Read more » 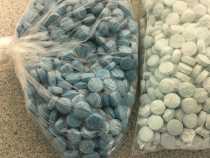 Written by Kylie Mason On Thursday, November 7, 2019 an intermediate court in the People’s Republic of China sentenced nine individuals who were suspected of advertising, selling and then illegally… Read more »

The appeal addressed two issues: (1) the constitutional right of a criminal defendant to have conflict-free representation at trial, and (2) the use of a defendant’s state of mind months… Read more »

In November 2008, a Wendy’s employee in Rochester, New York, was preparing food for the day when he heard knocking on the back door. Through the security camera, the employee… Read more »

Defendant was convicted of two counts of murder in the second degree following a jury trial in 1991. In an earlier direct appeal, Defendant’s convictions were affirmed. However, in 2012,… Read more »

The Court in this case considered whether a police officer must have reasonable suspicion to ask the occupants of a lawfully-stopped vehicle whether they possess any weapons.  The Court extended… Read more »

In September 2010, the United States Court of Appeals for the Ninth Circuit reversed the federal criminal conviction of humanitarian Daniel Millis for placing water for migrants crossing the United… Read more »