I have Died and I am Born Again: How does the Law Define “Death” for Inmates Serving Life Sentences? 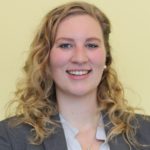 Over 20 years ago, Ben Schreiber committed murder in Iowa. In 1997, he was sentenced to life in prison. While serving his sentence, Schreiber developed kidney stones. Untreated, they caused him to develop sepsis and in March 2015, he was admitted to the hospital. Despite having a “Do Not Resuscitate” (“DNR”) on file, the hospital ignored the DNR directive and resuscitated him. In fact, they allegedly resuscitated him five times with adrenaline administered through an IV. Schreiber, currently alive, now argues that he “died” that day, and he should be released from prison because his life sentence was served when his life allegedly ended.

The District Court for Wapello County in Iowa was unimpressed by Mr. Schreiber’s argument. When dismissing the case, Judge Cronk noted: “[Mr. Schreiber’s] filing of these proceedings in itself confirms the petitioner’s current status as living.” The Court of Appeals of Iowa sided with the lower court. That court noted that not only did Mr. Schreiber not use any law to support his argument, Section 902.1 of the Iowa Code mandates that defendants convicted of a Class “A” felony, which Schreiber was convicted of, shall be committed to “the custody of the director of the Iowa Department of Corrections for the rest of the defendant’s life.” Though sometimes courts are called upon to interpret the meaning of statutes where there is some ambiguity, the Court of Appeals could find no ambiguity in this section. Relying on a “plain reading of the statute,” the court said it did “not believe the legislature intended this provision . . . to set criminal defendants free whenever medical procedures during their incarceration lead to their resuscitation by medical professionals.”

Although this conclusion may be completely unsurprising to many of us, this is not the first time this argument has been made. Jerry Rosenberg, an inmate from Upstate New York, made this same argument in 1986. Rosenberg, who had gained notoriety in his own right as an accomplished inmate advocate while in prison and for his role in the Attica Prison riots, had bypass surgery in 1986 and suffered cardiac arrest during the operation. After being resuscitated and recovering from surgery, in 1988, Rosenberg argued his life ended and therefore so should his life sentence. The crux of his argument revolved around a question with an answer that consistently changes and often eludes the law: when does life end?

As our medical understanding has advanced, two main categories of “death” have emerged. First, there is cardiac death. This is generally understood as the permanent stoppage of all heart and lung function. Then, there is brain death. With brain death, the rest of the body often still functions—breathing and heart rate is usually supported by machines—so the body continues to “live.” However, consciousness can never be regained because brain function has stopped. Yet both these definitions contain within them permanence. This may explain why the Iowa courts were as unimpressed with Mr. Schreiber’s argument as were the courts in 1988 with Mr. Rosenberg’s. Death is final and irreversible—or at least it used to be. As we come up with better ways to bring people back from the brink, better treatments for terminal diseases, and more sophisticated life support systems, we may well be faced with the problem of identifying when death truly becomes final. And if the finality of death becomes questionable, why should a momentary flat line not be considered “death” in a legal sense?

The answer: it will get really complicated. If you can be declared dead after flatlining, a host of legal consequences could follow—and not just a release from a criminal conviction. Once you have died—even for a moment—you could then collect on your life insurance, obtain a divorce, and inheritances may become due to your heirs. Even if courts wanted to open up the “can of boa constrictors,” as Mr. Rosenberg called it, for criminal cases, the precedent would be set for a host of other legal issues which are triggered upon someone’s death. Courts are safer taking the obvious course they have historically followed in these rare instances: legal death should be permanent. If the appellant is before the court, they are alive. And if they are dead, releasing them from prison is a non-issue. And it is unlikely that courts, after sentencing people to life in prison for heinous crimes, will then soften simply because they were “dead” for a moment. Therefore, unfortunately for Mr. Schreiber, he will have to wait until his final death to be released from prison.

Photo courtesy of Marta Monteiro via The New York Times.