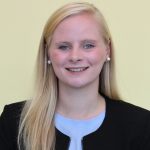 It is rare for Justice Department leaders to reverse decisions of its own prosecutors on a sentencing recommendation. Normally, U.S. attorneys have wide latitude to recommend sentences on cases they prosecute. This norm was challenged earlier this week in the sentencing of Roger Stone.

What is a Sentencing Recommendation?

A few months after the defendant is found guilty in a criminal trial, he returns to court to be sentenced.

The judge will typically receive guidance and assistance from several sources in order to sentence a defendant. One of the things considered is The United States Sentencing Commission’s sentencing guidelines that recommend certain punishments for certain crimes while also considering various factors.

What Sentence was Recommended for Roger Stone?

Roger Stone was found guilty in November 2019 of obstructing the House Intelligence Committee’s investigation into Russia’s meddling in the 2016 presidential election. It is alleged he tried to set up back-channel communications with WikiLeaks to push for the release of emails stolen from the campaign of Democratic presidential candidate, Hillary Clinton. Stone reportedly also lied to the House Intelligence Committee about his efforts, by denying that he had talked to the Trump campaign about them.

At Stone’s sentencing hearing, the prosecutors initially recommended seven to nine years of prison time. In Stone’s case, prosecutors considered several aggravating factors: threatening to harm someone, interfering with the administration of justice, engaging in a crime that spans years, and obstructing the prosecution in making their sentencing recommendation. According to prosecutors, this recommendation was consistent with the Justice Department’s usual sentencing policy.

Both the Department of Justice and the President have stated the decision to reverse the sentencing recommendation was made independent of the President’s tweets. The prosecutors who resigned have yet to speak publicly about their decision.

No, sentence recommendations are rarely changed after they are delivered to the court. Many times, especially in high profile cases such as this, prosecutors receive approval from multiple levels before making their decision. This is why the reversal is so rare. Many have speculated the reversal of the sentencing recommendation was a shock because senior officials may have initially approved of the 7–9 year recommendation.

So, Who Decides the Outcome?

Ultimately, the judge, not the Department of Justice, will determine Stone’s sentence. The judge can take any recommendation to heart, and ultimately has the choice to give a sentence the judge deems appropriate. Stone is scheduled to be sentenced on Feb. 20 by D.C. District Judge Amy Berman Jackson. Only then can the public be sure what sentence Stone will serve.

Department Charging and Sentencing Policy, Office of the Attorney General (May 10, 2017).

Emma Andersson, Why Low-Level Offenders Can Get Longer Sentences Than Airplane Hijackers, ACLU 100 Years (May 24, 2018).