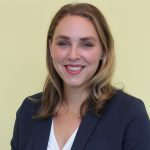 A recent unsealed indictment is the latest step by the Trump Administration to counter Chinese influence at home and abroad. On February 12, 2020, the Department of Justice accused Huawei, one of the world’s largest telecommunications manufacturers, of federal racketeering and conspiracy to steal trade secrets. The company allegedly worked to steal sensitive information, including source codes as well as manuals for wireless technology, from six U.S. technology firms. The indictment comes on the heels of growing apprehension between the U.S. government and Huawei, which could add fuel to the fire of the growing trade rift with China.

The latest charges also come alongside the Pentagon removing opposition to the Department of Commerce’s proposed rule, which would further restrict U.S. technology companies from selling computer chips and other materials to Huawei. Last year, the company was added to the Department’s entity list, which mandates a license before U.S. firms sell to blacklisted companies. However, in the wake of many U.S. firms finding a loophole around the export ban, the proposed regulation seeks to amend two export trade rules, de minimis and direct product, to further restrict sales to the Chinese competitor.

What is the De Minimis requirement?

After the export ban was initiated on Huawei, many U.S. firms found a loophole. Instead of selling materials directly from the U.S., companies would rely on foreign manufacturers to continue making a profit. By staying below a certain threshold of U.S.-originated materials, none of the domestic firms were directly violating the export ban. This threshold is known as the de minimis requirement, which sets the limit of the amount of U.S.-originated material that may be incorporated in an item made in a foreign country. If the commodity exceeds the requirement, it is subject to the Export Administration Regulation, (EAR), and requires a license to export. Otherwise, foreign-made items below the de minimis level can lawfully be sent by a foreign manufacturer to a blacklisted company. Currently, the de minimis amount is set at 25 percent. The proposed rule seeks to limit the amount to 10 percent or even zero.

What is the Direct Product Rule?

Even if a good sat below the de minimis requirement, some firms were still barred from selling to Huawei depending on the nature of the goods sold. Therefore, if a foreign-made item is based off of certain U.S. technology, it may be classified as a “direct product” and subject to the EAR. Items listed as a direct product are controlled by the EAR because of the potential national security implications behind the underlying U.S.-based technology. In order for a company to export the sensitive product, a written assurance and documentation is needed before a license can be granted. The proposed regulations from the Commerce Department seek to expand the direct product rule to include any U.S. technology, not just ones classified as national security risks.

The proposed regulation was initially drafted as an “interim final” rule by the Commerce Department to the Office of Management and Budget, which circulated the rule to various agencies for comment. It required State, Commerce, Defense and Energy departments to sign on before the rule could become effective. The Pentagon was originally opposed to the rule because of the negative harm it poised to U.S. companies, who rely on Chinese profits to reinvest in domestic technology research.

The Pentagon removing its opposition could indicate growing mistrust of Huawei is now substantial enough to influence on policy. Meanwhile, other departments are still holding out. The Department of Treasury objected to the rule and set a meeting between cabinet-level officials to discuss the regulation and other issues with China. Therefore, it’s uncertain exactly if the regulation in its exact form will become effective but given the Trump Administration’s tough stance on China and Huawei in general, it is likely further action will be taken to make Huawei’s designation on the blacklist more effective.

The effort to reform the two EAR provisions seems to stem from the ongoing technology war with China and the previously frustrated efforts to limit exports to Huawei. Because many companies devised a way to keep exporting to Huawei, there has been growing frustration that the blacklisting of Huawei has not done enough. By restricting trade even further, the proposed regulation could effectively curb technology exports to China. Concerns about the level of interaction between Huawei and the Chinese government have influenced the view that less and less technological cooperation should exist with U.S. firms. Additionally, the race to be the world’s leading supplier of 5G has contributed to the strained tensions between China and the U.S. Therefore, the recent indictment coupled with growing support to limit trade with Huawei means it is less a matter of if some version of this rule will be passed and more a matter of when.

Reid Whitten and Lisa C. Mays, Chasing Huawei: BIS May Change The Rules Of The Game To Target One Player, JDSupra, (Dec. 19, 2019).