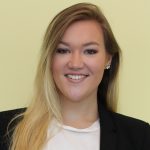 I did not think it was possible for someone to love chocolate more than I do, but Doug Behrens might have me beat. Hershey Company, however, would probably argue that the former President of its “healthy snack division,” Amplify Snack Brands Inc., is more interested in the money than the chocolate.  On January 27, 2020, Hershey filed suit against Mr. Behrens alleging breach of contract and seeking repayment of his signing bonus, repayment of almost 2,400 shares of Hershey stock, and attorneys’ fees.  The complaint further alleged that Mr. Behrens stole hundreds of documents containing Hershey’s trade secrets.

Mr. Behrens began working for Hershey in May 2018.  He turned in his resignation in August 2019.  Mr. Behrens agreed in his employment contract to repay his $250,000 signing bonus if he left the company within 24 months of his start date.  He further agreed to repay the nearly 2,400 shares of Hershey stock that he received if he “violated a confidentiality agreement that barred him from disclosing corporate secrets.”  Hershey Company contends that, when he decided to leave the company to become the Chief Customer Officer of Kind, L.L.C., he began emailing confidential Hershey documents to his personal email.  This action, it argues, requires him to repay all of his Hershey stock.  As of the date the company filed suit, however, Mr. Behrens still had not done so.

What is a Trade Secret?

Suits under trade secret law have recently grown in popularity and frequency.  This is likely due to the passage of the 2016 Defend Trade Secrets Act.  This act grants trade secret owners the ability to file suit for an injunction and damages against an individual who misappropriated their trade secret in interstate or foreign commerce.

The Court in Kewanee Oil Co. v. Bicron Corp., defined a trade secret as “any formula, pattern, device, or compilation of information which is used in one’s business, and which gives him an opportunity to obtain an advantage over competitors who do not know or use it.”  Misappropriation is further defined as “acquisition of a trade secret of another by a person who knows or has reason to know that the trade secret was acquired by improper means.”

Hershey Company alleges that Mr. Behrens “orchestrated a secret plan to steal some of Hershey’s most sensitive trade secret and confidential business information and hide his tracks after doing so.” The information that Behrens allegedly took included the “company’s financial condition, market and business strategies, product and pricing ideas, and customer details and plans.”  This information could be interpreted as a trade secret in that it is (1) information and (2) is valuable to the company when kept a secret.

The third element, whether the company took reasonable efforts to maintain its secrecy, would depend on factors including: whether employees had to sign non-disclosure agreements regarding this information, whether there was password protection of the information, whether the company had a destruction or return policy (and actually enforced it) if employees used information outside of the office, and other considerations. Here, the fact that Hershey did not have software in place to block employees from sending information to their personal emails, which is how Mr. Behrens supposedly stole this information, could be interpreted negatively against the Hershey Company.

Another hurdle that Hershey will have to cross is the standard set forth in AMP, Inc. v. Fleischhacker.  There, an employee left AMP and was hired by their competitor, Molex.  AMP alleged that Molex creating a new position and hiring Mr. Fleishhacker was “part of a larger pattern of conduct by Molex involving the misappropriation and threatened misappropriation of AMP’s trade secrets.”  The court held that “general skills and knowledge acquired in the course of employment are free for an employee to take and use, any other rule would require the employee to give themselves a pre-frontal lobotomy.”  However, there the court also acknowledged that Mr. Fleischhacker testified “that after he tendered his resignation he hurriedly packed his personal papers and belongings under the surveillance of an AMP employee and did not deliberately take with him anything of a confidential nature.”

Hershey’s suit states that “Hershey does not seek to prevent Behrens from working for Kind, but simply to enforce its contractual rights to the money that Behrens owes it.”  Hopefully both parties are able to conclude the suit with what they deserve, but I’ll be happy just as long as there is still chocolate to eat.