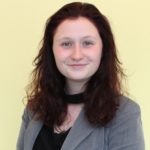 On Thursday, November 7, 2019 an intermediate court in the People’s Republic of China sentenced nine individuals who were suspected of advertising, selling and then illegally transporting drugs into the United States. Among the drugs transported into the U.S. was the synthetic, and highly addictive opioid known as Fentanyl. The sentences for those involved ranged anywhere from six months to life in prison. One of the defendants, Liu Yong, the supposed leader of both the operation and the other eight individuals involved, was sentenced to death due to his involvement in the scheme.

Fentanyl is a synthetic opioid which is typically anywhere from 50 to 100 times more potent than morphine at eliminating pain. Although Fentanyl began as pharmaceutical pain medication, it has become one of the fastest growing and most dangerous recreational drugs across the world. As a synthetic substance, the drug fentanyl can be replicated and imitated using a variety of chemicals. These chemicals, which can include benzylfentanyl, norfentanyl and 4-anilinopiperidine, are easily accessible.

The prescription name for Fentanyl ranges from Actiq®, Duragesic®, to Sublimaze®. Some of the “street names” for fentanyl include: China Girl, China White, 8, and Tango & Cash. In the United States, Fentanyl has added to the ongoing fight to end the crisis of opioid addiction. In 2017, Fentanyl was the leading cause of 59% of all opioid overdoses.

Much like its illusive counterpart heroine, fentanyl has identical effects on the brain as many other opioids. These effects include: extreme happiness, sedation, lack of pain, drowsiness and confusion. These possible side-effects which create the addictive properties of the drug, coupled with the ease at which fentanyl can be produced using a limited number of chemicals makes fentanyl and other synthetic opioids increasingly dangerous.

How Were the Drugs Smuggled?

The operation used to sell these drugs is a common method used when transporting drugs internationally. The group producing the fentanyl advertised the availability of the drug on various website, with a promise for “reliable shipping” to other countries, including the United States. The syndicate responsible for these shipments was so confident in their ability to produce the synthetic products, they offered a money back guarantee to dissatisfied customers.

The “pipelines” between China and the United States resulted in small packages, specifically marked with international shipping. However, Chinese manufacturers have sent mass quantities to drug cartel in Mexico, which then transport the drugs to the United States.

How Was the Operation Discovered?

Through a cooperating defendant in a New Orleans police investigation, law enforcement learned of a dealer in China who was arranging various shipments of illegal drugs into the United States. Through coordination between the U.S. Department of Homeland Security and officials in Beijing, a false call was placed, soliciting fentanyl to the U.S. Through a fake wire-transfer, the Chinese government was able to trace the drugs and make several arrests relating to the manufacturing and international shipment of illegal drugs.

What About the Controlled Substances Act?

Title 21 of the U.S. Code holds the Controlled Substances Act. This piece of legislation gives the United States Attorney General the authority to classify controlled substances and control the transport or manufacturing within the United States. The U.S. Department of Justice Drug Enforcement Administration placed fentanyl as a narcotic and Type II CSA Schedule. This indicates that fentanyl is a narcotic and the limitations placed on the manufacturing and distribution of fentanyl will remain in place until authorized to change by the U.S. Attorney General.

The purpose of this act is to standardize and clarify the usage of these potentially dangerous drugs within the United States. However, the CSA is amended frequently, but the volume of synthetic drugs entering the United States is difficult to maintain. Fentanyl is among many synthetic drugs the CSA is attempting to understand, define, label appropriately and control. However, due to the varying ways to produce fentanyl, the DEA is still attempting to update its records.