Is there an Expiration Date for Equal Rights? 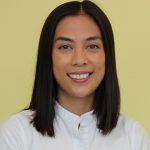 By a historic vote, Virginia became the 38th state to ratify the Equal Rights Amendment (ERA) on January 15, 2020. The ERA is a proposed amendment to the U.S. Constitution, first drafted in 1923 by leaders in the women’s suffrage movement, Alice Paul and Crystal Eastman, that states:

“Equality of rights under the law shall not be denied or abridged by the United States or by any state on account of sex. The Congress shall have the power to enforce, by appropriate legislation, the provisions of this article.”

However, the ERA didn’t gain momentum until 1970, when a new wave of women lawmakers in Congress pushed the ERA as a top legislative priority. The ERA passed both chambers of Congress in March, 1972 with more than two-thirds of the majorities, which is required before the amendment moves to the states to be ratified. Thirty states ratified the ERA within the following year. Congress, however, set a seven-year deadline for at least 38 states to ratify the Amendment, the requisite number of states needed to ratify before the Amendment is presented to the Archivist of the United States for certification into the U.S. Constitution. The deadline was subsequently extended by three years, but the initial spur by the states to ratify slowed down significantly, due mostly to strong opposition from Conservative activists such as Phyllis Schlafly, who spearheaded the STOP ERA campaign. Five states even voted to rescind their ratifications.

However, interest in the ERA was resurrected by recent revived public attentiveness to women’s rights. More than 30 years after the deadline expired, Nevada and Illinois cast its vote to ratify the ERA in 2017 and 2018, respectively. Representative Steven Andersson, a Republican from Illinois, spoke publicly about his support for the ERA saying “this is our generation’s chance to correct a long standing wrong.” With campaigns such as the #MeToo movement and the #TimesUp movement, women’s rights and gender equality is at the forefront of societal concern like never before. The #MeToo movement incited public awareness to sex-based violence, particularly targeted towards women. Additionally, the #TimesUp movement highlighted gender inequality in the workplace.

In a publicly available opinion, President Donald Trump’s administration reaffirmed that Congress had the authority, in 1972, to establish a deadline for states to ratify the ERA. The opinion further stated that even if additional states chose to ratify the ERA, the Archivist would not certify it into the Constitution. The administration cited Dillon v. Gloss, which held that a seven-year deadline imposed by Congress to ratify the 18th Amendment was constitutional, to support the authority of Congress to impose deadlines on ratification and suggests that Congress would need to propose the ERA again. The ratification process would then start anew. Though the administration’s opinion is not binding in regard to the certification of the ERA, some legal professionals have suggested that the Archivist is likely to follow it regardless.

So, what’s the hold up on certifying the ERA since Virginia became the long-awaited 38th state to ratify the Amendment? First, there is the issue of the deadline. In contrast to the opinion given by the Trump administration, which suggests that the deadline is binding, some argue that since Congress was able to impose the deadline, they also are authorized to waive the deadline. Both arguments have their merits. However, the fate of the ERA is ultimately left to Congress to act.

The second issue is whether the five states that have tried to rescind their ratifications are authorized to do so. In Coleman v. Miller, the Supreme Court submitted that the validity of rescissions to ratify is a question for Congress to determine on a case-by-case basis. So, even if Congress decides to waive the deadline, if these states are able to rescind their ratification votes, the threshold amount of states needed to certify the ERA will once again not be met. The ERA will then have to wait for five other states to ratify.

Finally, you may be thinking that the Equal Protection Clause of the 14th Amendment already ensures equal rights under the law on account of sex, and to a certain extent, it does. The Equal Protection Clause forbids states from denying “any person within its jurisdiction equal protection of the laws,” meaning that the Constitution doesn’t expressly prohibit the federal government from denying equal protection of the laws. Additionally, the Court only applies intermediate scrutiny to state actions that discriminate on the basis of sex, as opposed to those that discriminate on the basis of race, national origin, or alienage. When states discriminate on the basis of those three classes, also known as suspect classes, strict scrutiny is triggered.

What do the levels of scrutiny mean? The Court either applies strict, intermediate, or traditional scrutiny to state laws or actions that appear to discriminate or refuse equal protection of the law to a particular class of people. The application of strict scrutiny means that the Court will highly probe the state law and be less deferential to the state’s reasoning for apparent discrimination. The Court will require that the state action have a necessary relationship to compelling government interest.

This high standard is reduced when it comes to intermediate scrutiny, which only requires that the state law have a substantial relationship to an important government interest. To put this into context, Michael M. v. Superior Ct. held that a state’s interest in preventing teenage pregnancies was an important government interest and that setting different ages for females, under the age of 18 years old, and males, under the age of 17 years old, as applied to what constitutes sexual relations as statutory rape had a necessary relationship to satisfying that interest.

So, although the Equal Protection Clause does provide protections against sex-based discrimination, the ERA will ultimately provide a more stringent safeguard, in this context, against states as well as the federal government.

As the United States awaits Congressional action on the ERA, increased popular interest in its ratification is apparent. Some supporters of the amendment hope that the ERA will result in heightened protections against pregnancy discrimination and anti-abortion statutes. In an effort to prevent another bout of inaction, jeopardizing the preservation of women’s rights, the People must voice their support for the ERA in hopes that their Congressional representatives will listen.