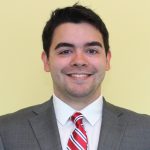 Colorado is a unique State. Home to both avid gun advocates and horrific mass shootings, Colorado is fertile ground for political controversy. A new law in Colorado is generating that controversy in and out of the courtroom. Eighteen days ago, Colorado’s “red flag law” went into effect.

The law, HB19-177, enables someone from a family, household or law enforcement agency to petition a court for the removal of a citizen’s firearms. A petitioner must show to the court that the person “poses a significant risk to [themselves] or others by having a firearm in his or her custody or control or by possessing, purchasing, or receiving a firearm.” To do so, a petitioner must submit a document to the court under penalty of perjury in support of the petition. Following the petition, the court will appoint an attorney to represent the firearm holder. After a hearing, the court may decide to issue a protective order that prevents the firearm holder “from possessing, controlling, purchasing, or receiving a firearm for 364 days.”

The law was sponsored by Representative Tom Sullivan, whose son was killed in the 2012 Aurora theater shooting. Representative Sullivan says the law “is a much needed win,” and was needed after six years of no action on gun laws in Colorado. The law, according to supporters, is needed in the wake of violence left by mass shooters, some of whom are mentally disturbed.

Other lawmakers and members of the public are quick to criticize the new law. Some, for example, claim that the law deprives gun owners of due process. Others believe the law is problematic by not allowing for the cross examination of petitioners. Ultimately, the law is new and sure to face some legal challenges.

Colorado’s red flag law raises numerous constitutional law issues. Two possible challenges involve the Fourth Amendment, for example. First, whether a firearm bearer’s due process rights are violated when a hearing concludes in a seizure of their firearms. Second, whether the government may seize the property without violating Fourth Amendment protections against unreasonable searches and seizures. A preliminary review of the case law on this issue, however, does not aid in a legal inquiry. The only case on point appears to be from the Court of Appeals in Indiana.

The Court considered what it termed an “issue of first impression,” which means a legal issue without guiding precedent, when it reviewed a petition under Indiana’s own “Red flag law.” At issue in the Indiana case was whether a trial court properly denied a gun owner who reapplied to have his guns issued after having them taken away under the red flag law. Three years after his firearms were initially revoked, the petitioner presented testimony from a psychiatrist at a new hearing for reapplication of his firearms. The State did not present any additional evidence. The Court took judicial notice of the prior hearings, in which the Court had found evidence warranting removal of the petitioner’s firearms. Despite no new evidence on behalf of the State, the Court refused to return petitioner’s firearms. The Court of Appeals reversed on the issue.

In a separate case, the Indiana Court of Appeals ruled the red flag law did not violate a petitioner’s Fifth Amendment right in the Takings Clause. The Court held that because the statute was a valid exercise of the State’s police power, the state could seize property like petitioner’s gun. The Court stated in part: “Indeed, as noted above by the State, the Indiana Supreme Court has specifically held that where the state is acting pursuant to a valid exercise of its police power for the public welfare, it may ‘destroy private property without rendering compensation.’” Petitioner did not raise any other arguments according to the United State’s Constitution. Colorado has a different court system than Indiana, but there is reason to believe that the red flag law is a valid exercise in discretion by the Colorado legislature.

Ultimately, any determination on whether the law is constitutional depends on a highly factual investigation that will occur on a case by case basis. For now, both supporters and critics of Colorado’s red flag law have plenty of arguments to draw from in future legal battles.