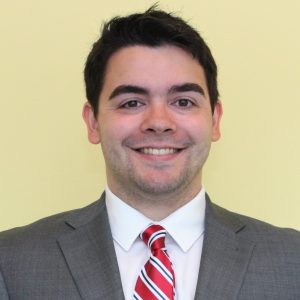 Professor True-Frost called each of the following cities home during her childhood: “San Antonio, TX (three times); Washington, DC; Augsburg, Germany; Heidelberg, Germany; and Nuremberg, Germany.” But at the age of sixteen, she had to leave her family in Germany to begin college in the United States without the comfort of the internet to maintain constant communication with her family. With that send off, Professor True-Frost was launched on a path that she has found both professionally and personally rewarding.

Post-college life led to her job with Teach for America. That job was, to her, the most rewarding pre-law school job possible. Professor True-Frost had this to say about her Teach for America position at Booker T. Washington Middle School in Baltimore: “[it] was absolutely my hardest job, and absolutely my most rewarding one.  Working in one of our country’s deepest pockets of deprivation seared into my Weltanschauung (worldview) the pervasive inequality in our society.”

True-Frost also worked with jailed women in Texas. This experience also had a profound impact on her outlook. There, according to Professor True-Frost, she “came to understand firsthand many of the serious gaps and injustices in our criminal justice system.” On the rampant inequality, Professor True-Frost had this to say:

“I’m lucky that [my] first professional job as a teacher in inner-city America taught me that I could make positive changes in people’s lives.  It also put the trials of law school, with which most of your readers will have firsthand knowledge, in perspective. These insights in turn inspired me to go to graduate school to gain the skills to change the system that perpetuates so many inexcusable inequalities in our country.”

While working with an underprivileged population, Professor True-Frost applied to graduate programs. According to her, the application process was unorthodox as far as law school was concerned. “I focused on policy schools.  But when I visited the Maxwell school, I learned about the dual degree.  I spoke with the then-Dean of Financial Aid at the law school, and she encouraged me to apply to the law school.  SUCOL very generously funded me as a Fellow. The rest is history!” That dual degree continues to inform Professor True-Frost’s passions and scholarship.

At Law School, she was in for some disappointment. Professor True-Frost wanted to practice education reform law, but she was surprised to learn in law school that there was no federal right to education, per San Antonio Independent School District v. Rodriguez. Nevertheless, she pursued her passion with the Syracuse Law Review by researching a New York state education reform case. Regarding her time on Law Review, Professor True-Frost remarks that, “I bonded with many of my fellow Law Review members, and have enjoyed keeping up with them and following their careers and lives. I enjoyed our conversations in the office during form and accuracy work.” Professor True-Frost had the following to say about the impact of Law Review on her career:

“The culture of Law Review, which I would define as: learning to use my free time to work and to learn with other people who are doing the same; set the tone for my future. Joining the Law Review initiated me into the community of publishing scholars. To illustrate let me share one example: when I was a Safra fellow at Harvard, roughly seven years after I graduated law school, I crossed paths with another legal academic. His name sounded incredibly familiar to me but I couldn’t place it. He, however, immediately recognized my name.  He profusely thanked me for publishing his article when I was Lead Articles Editor of Syracuse Law Review—he said it really made a difference to him and his career.  It was really cool to see that what we were doing on Law Review made a difference to real people’s lives.  The arguments he made in that published paper were still important and engaging—we talked about his paper—eight years after it had been published!”

During her time on Law Review, she continued to research education finance reform efforts in her second and third year. Unfortunately, this research continued to add to her cynicism over the education system in the United States. She says: “[w]hen I learned how entrenched in democratic policies education finance inequities are in this country—funded as they are by local property tax—I was discouraged and shifted focus to international law.  I had the opportunity to work with the Lockerbie Trial at SUCOL with Professor Donna Arzt which helped bring my international upbringing and legal training together.” After law school, Professor True-Frost practiced corporate litigation. She graduated in May of 2001, just before the September 11 attacks.

On the difference in the legal and international community before and after she graduated, she had this to say:

“Before 9/11, there was tremendous momentum within the global community.  Post-Cold War, international coordination opened so much promise for progress for the world’s population, including, for example, the Millennium Development Goals (MDGs).  To frame the MDGs, world leaders met and reached agreement to address extreme poverty, and it seemed positive, global-level change could finally be made, and the value of development could be shared with all human beings more equitably.  The MDG goals haven’t disappeared, they have shaped and facilitated progress, and they’re now in the form of Sustainable Development Goals.  The attacks of 9/11, and the US administration’s response of launching a “war against terror,” however, took up a tremendous amount of international organizations’ and domestic governments’ bandwidth.  Both the attacks and the response exhausted much of the goodwill that was present in the international community and, unfortunately, pivoted the focus away from the most insecure folks in the world, those living in extreme poverty.  It’s a tragedy being played out daily that we Americans are so preoccupied with our own safety now.   Not only have many liberties and rights fallen along the way (e.g. what is left of privacy in America?), but so, too, have too many goals and aspirations to collaborate as a global community to solve problems.”

To further her profession in international law, after working in East Timor, at UN Headquarters, and in Sierra Leone, Professor True-Frost attained an LL.M. from Harvard Law School. When asked why she wanted to further her education, True-Frost explained “I wanted to read international law theory, and to unpack my very stimulating experiences working in access to justice in East Timor, and with the NGO Working Group on Women, Peace and Security at the UN Security Council at the United Nations, and in Sierra Leone. I knew that an LL.M. would be a helpful qualification for either continued international legal work or for the legal academy.”

Today, True-Frost is both a mother and a professor. When asked how she has found raising a family and maintaining a career, she first says she loves both. For teaching students: “I love teaching students fascinating—and sometimes frustrating areas of the law—[it] is sharing at its best.  I also love learning about new developments in law and politics and researching and writing about issues that engage me.  It is rewarding to learn that [the] research I do also influences policy and legal issues that are presently being debated, and that my former students are working on some of the most important legal problems of our time. As I teach, I also love learning from the experiences and insights my students share with me. I am privileged to direct the Journal of Global Rights and Organizations and Impunity Watch News, and to facilitate engaged, passionate students who are just beginning their scholarly and practical legal careers.”

On raising her family: “I am fortunate that my family also challenges me—my kids constantly challenge my ability to articulate what really matters in life.  Raising them helps me gain insight into what it means to live the one life we’re each given, which I like to think also makes me a better professor.  My husband’s performance work is fascinating and engaging for the many ways that it is so very different from my own work with the law.” Professor True-Frost takes pains to note, however, that like many other successful women, including for example, Michelle Obama, she would not have had as much success if not for the love and support of her mother.

For her children and the future of the country, Professor True-Frost said: “I hope that my daughter and son come of age in an America in which a woman with feminist policies has (finally) been elected president.  For too many women who want to work and raise children, the vicissitudes of money and biology govern what can be accomplished—we need policies that acknowledge the biological inequity present in our workforce so that all women can pursue their dreams and raise their children without incurring a very significant gestation tax.”

This story was written by Editorial Member Christopher G. Doak and edited by Alumni Editor Gaity Hashimi, and is the twenty fourth installment of Syracuse Law Review’s monthly feature, “Alum of the Month.” Stay tuned for next month’s feature on another noteworthy Syracuse Law Review alumnus.