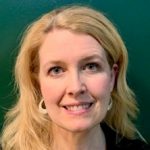 A twenty-one-year encouragement phase has expired. In 2001, New York Commissioner of Education, Richard Mills, urged schools to “end the use of Native American mascots as soon as practical.” In November of 2022, the New York State Education Department (“NYSED”) announced that all schools are mandated to begin removal, or receive approval, of Native American logos, mascots, and team names by the end of the 2022-23 school year.

School districts statewide received a letter from NYSED’s Senior Deputy Commissioner for Education Policy, James Baldwin. The letter commended school districts that had already elected to change their mascots. Then Baldwin issued the directive. To comply, schools must eliminate indigenous representations unless they receive approval from a recognized tribe.

In the letter, Baldwin referenced studies that support the removal of Native American mascots as they perpetuate stereotyping and prejudice. He also found authority in the Dignity for All Students Act (“Dignity Act”), Education Law § 306, and a recent Albany County Supreme Court of New York case.

The Dignity Act prohibits discrimination and harassment that interfere with the education of all students. Baldwin states, “Should a district fail to affirmatively commit to replacing its Native American team name, logo, and/or imagery by the end of the 2022-23 school year, it may be in willful violation of the Dignity Act.” A violation of the act triggers Education Law § 306, which provides for the withholding of state aid and the removal of school officers.

In the Albany County Supreme Court case, the Cambridge Central School District (“District”) vacillated between removing and retaining the “Indians” name and imagery. After a comprehensive eight-month study, the District Board of Education (“BOE”) voted to remove the name and imagery. However, the next month, the BOE rescinded. In reaction to the reversal, community members who opposed retaining “Indians” petitioned the Commissioner of Education, Betty Rosa, under Education Law § 310.

Rosa determined that the District did not provide a sufficient explanation as to why it later disregarded its own eight-month review. Rosa disapproved of the reversal and directed the District to adhere to the initial vote to remove the name and imagery. In response, the District challenged NYSED and the Commissioner in the Albany County Supreme Court.

The court affirmed the Commissioner’s decision. The lack of evidence to support the reversal, the abandonment of the District’s own diversity policy, and the resistance to complying with NYSED’s urge to eliminate the controversial names and imagery were the justifications for the court. The District’s website indicates that it will appeal the Commissioner’s and the trial court’s opinion.

An estimated fifty to sixty school districts in New York are affected by the directive. NYSED is developing the regulations to provide a framework for school districts. Some districts have since begun the process of changing Native American mascots and imagery. Other districts await further guidance.

The controversial issue created a rift in the community in Cambridge, New York as it has in communities and organizations nationwide. For now, it appears that the debate is over, and schools have six months to comply with the NYSED mandate.