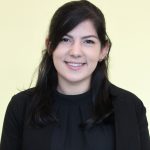 As the Black Lives Matters movement gains overdue momentum, the actions of those that have seemingly gone unchecked are being brought to the forefront. Corporations and institutions alike are making their position on the issues that have plagued our country for generations known, despite criticism regarding their years of silence. The Southern Methodist University’s Dedman School of Law (“SMU”) in Dallas, Texas is one of the many Universities that have made their stance on equality and their efforts to achieve it known as a result of George Floyds’ death and the civil unrest that followed. Students at Southern Methodist University have shared their negative experiences with racism at the school through the hashtag #BlackatSMU. The hashtag has been in use since 2015, when students began advocating for change at the University. Protests in 2015 were reminiscent of those that occurred in the 1960s, with students planning sit-ins and creating a list of demands to be met by the University.

The University responded, issuing statements then and now about their pledge to change what it meant to be black at SMU. The University has a plan to change racial inequities on campus and in the surrounding community which it has begun implementing. Recently, a prospective law students’ admission to The Southern Methodist University’s Dedman School of Law was revoked due to “racially offensive behavior recorded on social media that contradicts the University’s core values – specifically, its commitment to diversity and inclusion.” Due to the Family Educational Rights and Privacy Act, SMU did not release any personal details regarding the student’s name nor what the statement that got their acceptance revoked was. SMU College of Law’s actions were just but the question remains as to whether they infringe on the prospective student’s constitutionally protected freedom of speech.

The topic of whether Universities should rescind admissions based on a prospective student’s racist social media posts have been a topic of debate after a string of Universities, including SMU, did just that. The issue is apparently so controversial that Missouri State University’s President, Clifford Smart, issued a statement on why Universities should do the opposite if they are to stay true to the meaning of the 1st Amendment. After a similar situation as that which occurred at SMU, the President said,

“After seeing these social media posts and viewing the video, I, too, was horrified. My first impulse was to rescind the offer of admission to these students. But then I was reminded of a couple of things. Missouri State University is a public university with a public affairs mission. As a public university we are legally required to uphold the principles of free speech embodied in the First Amendment to the Constitution. The video – as hurtful, insensitive and offensive as it is – is protected by the First Amendment, as was the language in the social media posts.”

Other 1st Amendment scholars, such as Professor Clay Calvert of the University of Florida disagree. Professor Calvert emphasizes that

The 1st Amendment of the United States Constitution provides that “Congress shall make no law respecting an establishment of religion, or prohibiting the free exercise thereof; or abridging the freedom of speech, or of the press; or the right of the people peaceably to assemble, and to petition the Government for a redress of grievances.” The 1st Amendment is implicated where there is a government action that infringes on a student’s protected rights, including the freedom of speech. Public universities are bound by the 1st Amendment due to their direct relationship with the government, and it is settled law that a student does not shed their rights at the schoolhouse gate. However, the issue becomes murkier when a private University is regulating speech, especially when the student has yet to matriculate since Universities generally reserve the right to rescind a student’s admission for a number of reasons, including offensive behavior. As Universities continue to rescind admissions based on racist social media posts or keep these prospective students, the courts will ultimately decide on whether it infringes on the freedom of speech. Until then, it is merely a guessing game.