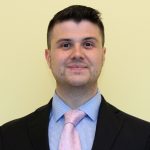 In the wake of George Floyd’s death in Minneapolis, MN, thousands have taken to the streets across the United States in protest against systemic racial injustice in the American Criminal Justice system. While the majority of protests are peaceful, a small percentage of the demonstrators are looting. In response, President Trump threatened to deploy the United States military against the protestors and looters to defend the life and property of the residents of cities or states who refuse to “take the actions that are necessary.” The President’s statement, delivered from the White House Rose Garden on June 1, left many asking whether the President possessed the requisite legal authority to deploy active duty soldiers against U.S. citizens. If so, where does he derive his authority? What are the limits of those powers, if any? The answer to these questions lies in the Insurrection Act of 1807.

Can the President use the military to police protestors?

First, the President’s Constitutional authority as Commander in Chief grants him the power to send American troops anywhere in the United States. The President’s authority to use the military to enforce domestic law, however, is limited. The ability of the military to search, seize assets, and arrest protestors and looters is hindered by the law of posse comitatus. This bars any authority from willfully using the military to enforce domestic law, except “in cases and under circumstances expressly authorized by the Constitution or Act of Congress.” In short, the President may not act without express statutory authority.

What circumstances are authorized by Congress?

The Insurrection Act legally authorizes the President to use active duty soldiers to enforce the laws of the United States in a few circumstances. First, if there is “insurrection” in any state, at the request of the state’s governor or legislature, the President may use the armed forces, “as he considers necessary to suppress the insurrection.” Without the consent of the state, the President cannot invoke this provision. Second, where the President believes “unlawful obstructions, combinations, or assemblages, or rebellion against the authority of the United States” make the enforcement of law unfeasible, he may deploy the military to enforce the law. The statute makes clear that the authority of the soldiers is restricted, for example to the enforcement of federal law. Another authorized use is for the protection of federal property. It is important to note: the provisions hinge on the President’s subjective evaluation of the prevailing circumstances. The language of the Act provides broad room for interpretation.

Is the Insurrection Act ever utilized?

The Act was used in 1992 at the request of then California Governor, Pete Wilson. During the Los Angeles protests following the acquittals of officers charged with the beating of Rodney King, the Governor sought assistance from then President George H.W. Bush who assumed control of the California National Guard and sent active duty army and marine soldiers. In the 1950s, President Dwight Eisenhower invoked the Insurrection Act without consent of the states to send troops to Arkansas to enforce federal civil rights legislation. In the 1960s, President John F. Kennedy invoked the Insurrection Act for similar purposes of protecting civil rights, and he deployed troops to Oxford, Mississippi. President Kennedy’s order afforded military protection to James Meredith, a black student attempting to enroll at the University of Mississippi. In the two latter cases, both Presidents used the military for the enforcement of federal law.

What would it take to invoke the Insurrection Act now?

Legal experts say that the President likely could invoke the law under the current circumstances. Opponents of the action could challenge in court whether the current conditions rose to the level of necessity to deploy the military. If President Trump did desire to use the military against the protestors, he would first have to issue a proclamation to disperse, under 10 U.S.C. §254. Which states: “whenever the President considers it necessary to use the militia or the armed forces under this chapter, he shall, by proclamation, immediately order the insurgents to disperse and retire peaceably to their abodes within a limited time.” This proclamation prevents the President from secretly deploying the military, thus, preventing those involved in civil unrest an opportunity to retreat. Of course, even if the Act is invoked, it does not provide the military the ability to go in and start shooting. The rules for the use of force restricts force as a last resort, however, it does not limit the right of self-defense.

Criminal defendants can challenge the legality of military involvement in their arrests, and, moreover, can seek suppression of evidence obtained by unlawful military actors. Violations of posse comitatus may raise Fourth Amendment questions, according to the Eighth Circuit in Bissonette v. Haig. There, the court suggested that soldiers who were unlawfully enforcing domestic law may have the reasonableness of their searches and seizures questioned. These questions could complicate the prosecution of anyone arrested as a result of involvement in the current civil unrest, should the military get involved.

Former Presidents have used the Insurrection Act sparingly, and typically in unprecedented situations of social unrest. More recently, the Act was not invoked after unrest in Ferguson, MO, or Baltimore, MD, in the last few years. At the moment, President Trump does possess the authority to use the United States Armed Services to quell protests and looters, but it is uncertain whether he will invoke the law, given the potential political consequences and litigation risks of doing so. He may, instead, decide to rely on the National Guard, controlled by the governors, which several states already chose to utilize—explaining the apparent military-style presence at some protests. His opponents may endeavor to amend existing legislation to further restrict this particular Presidential power. Democratic leaders in Congress have already warned President Trump not to send the military to the protests. Additionally, New York State Governor Andrew Cuomo said “thank you, but no thank you” in response to the President’s comments on deploying the military. If the President chooses to act, Governors could and may argue the President has misapplied the law or overstepped the restrictions. It would then be in the hands of the courts to make the determination on a very important separation of powers question.

Matt Zapotosky, Trump threatens military action to quell protests, and the law would let him do it, The Washington Post(June 1, 2020, 10:31 PM).

Scott R. Anderson & Michel Paradis, Can Trump Use the Insurrection Act to Deploy Troops to American Streets, Lawfare(June 3, 2020, 8:47 AM).