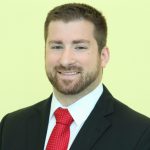 The murder of George Floyd in Minneapolis, MN, by a white police officer captured on cellphone video, which has led to protests nationwide, is the latest casualty of the near zero-accountability policy for law enforcement known as the doctrine of Qualified Immunity.

In the viral video, disgraced Minneapolis Police Officer Derek Chauvin, a white police officer, can be seen pressing his knee against the neck of George Floyd, a handcuffed, unresisting black man who pleads with Officer Chauvin and other MPD officers at the scene to get off him. Before Floyd was killed, he can be heard pleading with the officers saying, “my face is going, . . .  please man, I can’t breathe, please let me stand”. Moments later, Floyd loses consciousness and dies. How are police able to take the lives of unarmed people largely without repercussions or consequences? What allows for this near-zero accountability policy? Qualified Immunity.

Qualified Immunity is a judicially invented doctrine created by the Supreme Court (“SCOTUS”) in the 1967 case of Pierson v. Ray. The doctrine provides Immunity, on a case-by-case basis, to government officials from harms caused by their actions, in circumstances that happen while they perform their official duties. It aims to protect government officials from Civil Rights lawsuits alleging the official violated an individual’s rights and permits suits only where officials violated a statutory or constitutional right that is clearly established. The phrase “clearly established” has evolved into an unforgiving and government-friendly standard, as plaintiffs are typically required to find cases with facts that match their exact circumstances, or their cases are dismissed. As such, the doctrine tends to protect law enforcement officers too often, even where courts determine that the officer violated an individual’s civil rights.

In 1982, SCOTUS held, in Harlow v. Fitzgerald, that federal government officials are entitled to Qualified Immunity. The Immunity this doctrine provides is “immunity from suit rather than a mere defense to liability.” Essentially, government officials became incapable of being sued instead of merely having an additional defense theory to raise in civil actions pursued against them. Mitchell v. Forsyth, 472 U.S. 511, 526 (1985). Qualified Immunity is commonly and successfully used as a significant defense to § 1983 (civil rights) actions brought against law enforcement officers on a regular basis.

Has SCOTUS attempted to limit the application of QI in the past?

No. In fact, time and time again, SCOTUS has gutted the promises of §1983 of the Civil Rights Act “to give a remedy to parties deprived of constitutional rights, privileges, and immunities by an official’s abuse of his position.” Instead of strengthening or expanding the reach of §1983, SCOTUS has “created whole cloth the legal defense of Qualified Immunity, and then vastly expand[ed] it,” allowing law enforcement to escape liability from §1983 civil actions. These actions are brought pursuant to 24 U.S.C. § 1983 which provides that “Every person” who acts “under color of” law and causes “the deprivation of any rights . . . secured by the Constitution and laws, shall be liable to the party injured in an action at law, suit in equity, or other proper proceeding for redress” (emphasis added).

Not only are law enforcement officers routinely shielded from civil liability, but their misconduct records are often shielded from public scrutiny as well. In states such as New York, police disciplinary records are confidential and not subject to inspection or review without express written consent by the officer, by the authority of Civil Rights Law §50-a. As such, they are shielded from public scrutiny. Recently, New York State leaders have argued for the repeal of §50-a for the past several years, claiming it has become a “means to shield officers from public accountability and it imped[es] racial justice.”

Further, proponents of the repeal of §50-a, contend that doing so would allow New York to catch up to other states that “prioritize accountability and public trust over secrecy.” Opponents of repealing §50-a, contend its repeal would “put New York dead last among all 50 states in protecting police officers’ confidential personnel information”. Fortunately, Governor Cuomo recently announced his endorsement of a bill to repeal that law. However, he claims the law does not prevent the release of those police disciplinary files, but rather it has been merely misapplied during its 44-year existence.

Have there been any recent opportunities for SCOTUS to abolish or overturn QI?

Yes, however, SCOTUS continues to uphold the doctrine, citing no case is directly on point with the case before it, or refuses to grant certiorari, a formal request for a case to be heard/reviewed by SCOTUS, altogether. On May 18th, SCOTUS refused to grant certiorari on three separate appeals on the doctrine on three unrelated cases from Nebraska, California, and Louisiana. Sadly, this provides further certainty that SCOTUS is not planning to limit the doctrine or move on from it completely anytime soon.

In the 8th Circuit Nebraska case, an officer was given Immunity despite allegedly body-slamming a small woman who was walking away from him during an interview. The officer argued in his brief that he put the woman in a “bear hug” and “brought her to the grass” after she “physically obstructed police operations, proceeded to move toward a person involved in a heated altercation with one of her family members, and ignored” the officer’s commands. In the California case, officers were accused of stealing $225,000 in cash and rare coins while executing a search warrant. On Monday, June 1, 2020, SCOTUS was set to release orders from their May 28th conference in which eight petitions were pending grant or denial of certiorari. However, SCOTUS declined to either grant or deny those petitions. Today provides another opportunity for SCOTUS to list these petitions for its conference and render a decision on them as soon as next Monday, June 8th.

How Does This Impact Any Future Lawsuit Brought on Behalf of George Floyd’s Family?

On Tuesday, June 2nd, the State of Minnesota filed a civil rights complaint against the Minneapolis Police Department in the death of George Floyd. This complaint will lead to the investigation into practices, policies, and procedures of the Minneapolis Police Department over the past ten years. Should Floyd’s family file suit as well, against the officers involved, state and the Minneapolis Police Department, the case is likely to be unsuccessful if the court determines Qualified Immunity applies to most or all of the claims pursued, and Floyd’s family is unable to point to a binding case with facts that match. However, Floyd’s family can increase their chances of surviving dismissal or summary judgment on Qualified Immunity grounds if they creatively plead around that defense.

How the Supreme Court Lets Cops Get Away with Murder: The courts protected police abuses for years before George Floyd’s death. It’s time to rethink “qualified immunity.” NY Times (May 29, 2020).

The Supreme Court Has a Chance to End Qualified Immunity and Prevent Cases Like George Floyd’s ( May 29, 2020).