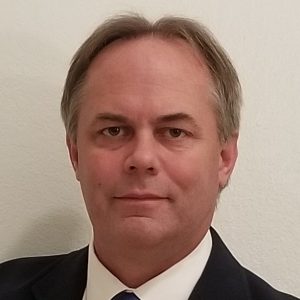 On November 14, 2021, the Associated Press reported employees of the Federal Bureau of Prisons committing a litany of crimes inside the federal prison system, with limited or no consequences. On November 16, 2021, the Boston Globe published an article describing the abusive acts of Sergeant Mark O’Reilly, a thirty-year veteran guard with the Massachusetts Department of Corrections. On November 19, 2021, the Associated Press reported on openly white supremacist prison guards in Florida committing numerous acts of assault, intimidation, and other misconduct against minority prisoners. These incidents represent only a few of the most recent documented instances of abuses. Any search engine produces dozens more cases of corrections officers’ misconduct, demonstrating a serious and ongoing problem.

The proliferation of video cameras across the country has brought increased oversight through public awareness of police brutality incidents, but security measures inside prisons and jails mean similar incidents inside those facilities regularly go undocumented and unnoticed by the public at large. In part due to recent high-profile incidents such as the George Floyd murder in Minneapolis, a number of states have passed legislation regarding police body-worn cameras, law enforcement’s duty to report excessive force, and law enforcement’s duty to intervene in excessive force incidents.

Body Camera, Duty to Report, and Duty to Intervene Law

For example, in 2020, just three weeks after George Floyd was murdered, Colorado passed the Enhance Law Enforcement Integrity Act. This act made body-worn cameras mandatory for all peace officers interacting with the public (after an implementation period), and imposed strict penalties for failure to use a body camera when required. The same act created a statutory duty to intervene in cases of excessive force. Colorado has had a statutory duty to report cases of excessive force since 1991. However, these laws expressly apply to peace officers, and Colorado Department of Corrections Officers and county jail deputies are not required to be certified by the Colorado Peace Officers Standards and Training Board as peace officers in order to perform their roles. As a result, in Colorado, corrections officers are not statutorily required to wear body cameras, or intervene in or even report excessive force. A prisoner may have difficulty obtaining evidence of a corrections officer’s misconduct, and corrections officers witnessing misconduct are under no obligation to do anything about it.

Issues With the Law

Building public trust by increasing transparency in law enforcement and reducing misconduct are admirable goals of body camera, duty to report, and duty to intervene statutes. Such statutes can be effective tools, because they provide both deterrent and enforcement tools for eliminating bad behavior. They support due process for both officers and criminals. But these laws are only as effective as the breadth of their implementation. With only a few states implementing body-camera, duty to report, and duty to intervene statutes, our nation is left with wide gaps resulting in a failure of public trust in many places. Couple this with loopholes exempting corrections officers from these requirements, and we are missing a significant opportunity to improve the fairness and trustworthiness of our system of criminal law.

Duty to report and duty to intervene issues are relatively easy loopholes to close, but there is a problem with increased body camera deployment: the cost. Camera systems cost between $500.00 and $1000.00 per year, per officer, to implement. The United States Bureau of Labor Statistics estimates there are approximately 437,100 corrections officers across the country. That translates to a cost of $218,550,000 to $437,100,000 per year.  This figure only accounts for the cost of acquiring and maintaining cameras, and storing the data they generate. Additional significant costs of implementing a body camera system include personnel to manage the data generated. For example, the Arapahoe County Sheriff’s Department, covering the suburbs south of Denver, Colorado, reported receiving $283,065 to purchase body cameras, but an additional need for one million dollars in the next year to hire additional staff to implement and maintain the system. Extrapolating those costs across the nation suggests billions of dollars of additional funding are needed.

Our prisons and jails are just as much a part of the criminal justice system as the courts and the police. The same standards those entrusted with arresting criminals are held to should apply to those entrusted with keeping watch over them. But the costs of implementing and maintaining those standards are significant, and will continue to present a challenge in the coming years as the use of body-worn cameras inevitably grows from the streets into our jails and prisons.