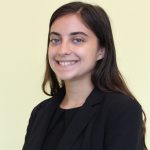 The coronavirus has transformed the daily life of populations across the world with more than two million people infected globally and more than 600,000 of those cases within the United States alone. Countries are looking for the most effective ways to halt the spread of the virus. In this search, many countries are increasingly turning to the use of location and health data tracking surveillance technologies to attempt to ensure public safety during the pandemic. Authorities in Italy, Israel, and South Korea use location data from citizens’ mobile phones in an attempt to determine how well populations are social distancing and to track movements of coronavirus patients. Singapore posts personal information about those infected with the virus, and China requires citizens to “use software on phones that automatically classifies each person with a color code — red, yellow or green — indicating contagion risk.” While these measures are seen as having a chance for great success in slowing the spread of the virus, they also come with concerns over how they will affect citizens’ privacy.

As the United States continues to experience an increase in cases of the virus and resulting deaths, federal and state governments increasingly look to use similar technologies. The White House reportedly is speaking with technology companies such as Google and Facebook about “potentially using aggregated location data captured from Americans’ mobile phones for public health surveillance of the virus.” In addition, three local governments are set to become the first to use a location tracking app developed by the Massachusetts Institute of Technology to attempt to prevent new outbreaks. Local governments would suggest for citizens to download the app, Private Kit, voluntarily. From there, another 17 state and municipal governments across the country are also considering using the app as well.

Whether these technologies are legal under federal and state law will likely turn on whether the data containing individuals’ personal information is truly “anonymized” and if not, what the data is used for. There likely will not be any issues if data is collected in ways that forgo the use of individual data and instead examine numbers in aggregate. This is the case in countries such as Italy and Israel, where technology is used to determine how well populations as a whole are social distancing. Though researchers have noted there is a question regarding whether data used in such a fashion is truly anonymous, many companies dealing with individuals’ private data fail to clearly lay out how such information is anonymized and how it is protected.

Problems may also arise in any attempt by the government to use data that is not anonymous, such as if the technologies are used for contact tracing of individuals. It has been suggested, for example, that the use of an individual’s personal data during a pandemic to track who they come into contact with violates the Fourth Amendment ban on unreasonable searches and seizures.  Various state privacy laws similarly “limit the circumstances in which private companies can turn over location data to the government, with particular attention given to ‘personally identifiable’ data.” If federal and state governments wish to implement contact tracing tools that use individual data, they will face an uphill battle of justifying them against current privacy laws and assuring anonymity of information.

While the MIT app, Private Kit, and similar technologies may be beneficial, their use has sparked concern and calls for the interest in public safety to be balanced against individual’s privacy. Many companies must comply with various state privacy laws. For example, Zoom Video Communications, Inc., a video conferencing platform whose use has skyrocketed during the pandemic, now faces class action suits under the California Consumer Protection Act regarding misuse of users’ personal data and other violations, such as automatically sending data to companies like Facebook. Despite the presence of state law, some have noted the absence of any comprehensive federal law that protects consumers from misuse of such data. Such an absence has led to a push from representatives on the Senate Commerce, Science, and Transportation Committee to push for a national consumer privacy law. The combination of the gap left with no comprehensive consumer privacy legislation and the push to use such personal data in such an unregulated space may have the effect of hurting government efforts to track and contain the virus. If the public loses trust in the government and data collecting technologies, they may be less inclined to use such technologies. Researchers have suggested that “[addressing] the gaps in existing legal protections for highly sensitive data” and providing companies with clear guidelines for data use will assuage public concern and ensure the proper and effective use of data collecting technologies to combat the virus.

What technologies federal and state governments may employ and whether they can be justified under current privacy laws remain to be seen. Though, whatever response the United States has to this crisis may have lasting impacts on American civil liberties. The course of action taken in this pandemic may turn out much like the eroding of privacy rights that occurred in response to the terrorist attacks of September 11, 2001 that are still present today. As Albert Fox Cahn, executive director of the Surveillance Technology Oversight Project, stated, “We could so easily end up in a situation where we empower local, state or federal government to take measures in response to this pandemic that fundamentally change the scope of American civil rights.”