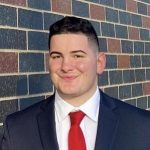 Who is Voyager and Why Did It Enter Chapter 11?
Voyager Digital Assets, Inc. (the “Company”) is a cryptocurrency brokerage and lending firm. It offers typical brokerage services, matching accountholders with counterparties who are willing to engage in certain cryptocurrency transactions. The Company also provides custodial and lending services. At bottom, these services make Voyager function like an unregulated bank. Depositors store their cryptocurrency with the Company, and, in turn, Voyager loans it out to borrowers. The Company then pays the interest they make on the loans to the depositors.

Voyager filed its Chapter 11 petition on July 5, 2022, in the Southern District of New York. In its First Day Declaration, the Company cited a “run on the bank” as the primary reason for its bankruptcy. To understand the “run on the bank” effect, it is crucial to consider how traditional and cryptocurrency markets have fared throughout 2022.

This year has been an unsuccessful one for investors. As of July 2022, the S&P 500 index has declined by approximately 665 points since January. Cryptocurrency is no stranger to the market downturn either, as it has lost $3 trillion of market value. Factors such as the effects of the COVID-19 pandemic, high inflation, the War in Ukraine, and the crash of the Terra Luna coin have all contributed to a mass crypto selloff in 2022.

In Voyager’s case, market volatility and the default of a major loan caused its fall into Chapter 11. Due to the market collapse, many depositors tried to withdraw their funds from the Company to save what they could. Voyager, however, did not have enough liquidity to pay out. Additionally, one of Voyager’s main borrowers, a Singaporean hedge fund called Three Arrows Capital (“3AC”), defaulted on its $650,000,000 loan. With no money coming in from a major borrower, coupled with a large number of depositors withdrawing their funds, Voyager restricted all customer trading and filed for Chapter 11 bankruptcy. 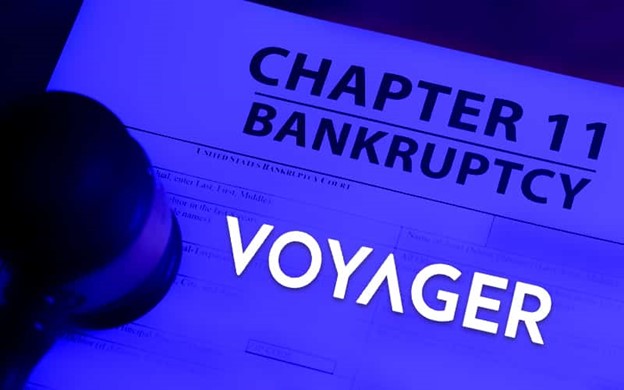 Photo curtesy of The Crypto Times

Voyager’s Path Forward
Voyager submitted its Chapter 11 plan with its First Day Declaration. The proposed plan would give accountholders (1) whatever crypto coins remain in Voyager’s possession, roughly $1.3 billion (2) new equity in a reorganized Voyager (3) any amount of the recovered loan from 3AC, and (4) VGX coins, a digital currency created by Voyager. Under this plan, accountholders will probably not recover 100% of their money. Voyager did indicate, however, that it would be open to a possible transaction with a third-party investor.

Crypto billionaire, Sam Bankman-Fried has expressed interest in buying Voyager out of bankruptcy and taking their customers along with him to his trading platform, FTX. His proposal to Voyager promised accountholders an advance payment on their bankruptcy claims, essentially enticing them with quick money as the bankruptcy process plays out. Voyager’s lawyers responded to the deal, calling it a “low ball bid dressed up as a white knight rescue that only benefits FTX.” For Bankman-Fried, the deal would be beneficial because he would get new customers on his FTX platform at no cost. Conversely, he takes the risk of acquiring a failing company due to market volatility.

From Voyager’s perspective, it makes sense to hold off on Bankman-Fried’s offer. Before the crypto market tanked, the Company did have a successful business plan, and court filings indicate that over eighty parties have engaged the Company regarding a potential transaction. As follows, a better deal for Voyager may arise as the bankruptcy process moves forward. Bankman-Fried’s deal probably sounded attractive to accountholders though because it would provide liquidity to accountholders who do not have access to any of their funds.

In sum, the million-dollar question in this case is: how much money will Voyager depositors actually recover? Given the proposed restructuring plan, it will almost certainly not be 100% of their original deposit. As the Company moves through Chapter 11, we may see a deal close, or the Company may stick with its initial plan. Whatever the outcome, this restructuring will set an important precedent for other crypto bankruptcies that happen in the future.

Sam Reynolds, Failed Lender Voyager: ‘No Customer Will Be Made Whole’ Under FTX Proposal, Coindesk (July 25, 2022).