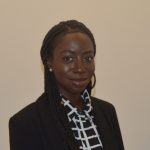 What do Darth Vader, Steven Spielberg, Jimi Hendrix, and Syracuse have in common? All were referred to during oral arguments heard by the Supreme Court on October 12th for Andy Warhol Foundation v. Goldsmith. The oral arguments were highly anticipated as it is thought the decision will provide further clarification surrounding the transformative use analysis when determining fair use.

The Dispute
In 1981, Lynn Goldsmith, a portrait photographer, took photos of the musician Prince that were intended to be used in Newsweek magazine but ultimately were not published. Artist Andy Warhol was asked to create an illustration to be featured in a Vanity Fair article surrounding the release of Prince’s “Purple Rain.” After the magazine acquired a license for Goldsmith’s photo for four hundred dollars, Warhol was requested to utilize it as a reference for the illustration.

The agreement between Vanity Fair and Goldsmith noted that the image would only be used once. Vanity Fair used a print created by Warhol in the article. However, Warhol produced and copyrighted multiple print variations based on the Goldsmith photo known collectively as the “Prince Series.” After Prince died in 2016, Condé Nast issued a special commemorative edition magazine paying tribute to the artist. One of the Warhol prints, “Orange Prince,” was licensed from the Warhol Foundation and used as the cover of the issue without offering additional payment to Goldsmith or attributing the image to her.

The Warhol Foundation rebutted the claim noting that the two works were different due to the artistic changes made. The foundation further argued that the changes were significant and therefore “transformed” the work and therefore was legal under fair use.

What is Fair Use?
Fair use is an affirmative defense that allows for the use of copyrighted works without a license in a limited number of circumstances and often asserted against infringement claims. Section 17 of the U.S. Copyright Act notes that works made for purposes like “criticism, comment, news reporting, teaching, scholarship, or research” is not considered copyright infringement.

Under factor one, a work will also be analyzed to see how “transformative” the use is. A work is considered transformative if it adds new meaning, expression, or message to the original creative. While this may seem simple, transformative use can be ambiguous in application.

The Litigation Trail
In 2021, The United States District Court for Southern District of New York held that the work qualified as fair use. The work was transformative as it offered a “larger than life” perspective of Prince that was different from Goldsmith’s portrayal of Prince.

However, the United States Court of Appeals for the Second Circuit reversed judgement and found that the factors weighed against fair use. The Court disagreed with the district court’s analysis under factor one, “purpose and character of the use.”

The Court stated in the opinion that judge’s “should not assume the role of [an] art critic” and try to decide what the art was attempting to convey. Instead, they should look to see whether the secondary work is “fundamentally different and new” and able to stand alone from the work it was based on.

The Warhol Foundation appealed asking the U.S. Supreme Court to rule on whether a work is considered “transformative” by conveying new meaning or message or, if as the Second Circuit held a court is not able to consider meaning when it “recognizably derives” from a source. The Second Circuit’s decision is at odds with the Supreme Court’s decision to affirm the Ninth Circuit’s ruling in Google v. Oracle (2021) based on the “conveying new meaning or message” standard.

The Supreme Court Oral Arguments
The oral arguments held on October 12th lasted a little over two hours. Most of the focus surrounded the transformative use analysis under factor one. However, discussion also surrounded pointed questions regarding the effect on the potential market analysis, fair use factor (4) and whether both Prince images compete in the same market. The topic of book to movie adaptations also arose as concern was expressed regarding the ability of second works to be created in a manner that would adversely affect the market for the original work.

Decision Implications
If the high Court were to decide that the true inquiry when deciding transformative use is to see if the work stands-alone, it has the potential to influence the development of new artists and styles to be distant from existing works. Additionally, the Court may have to go against the precedent established in Google, Campbell and prior cases addressing transformative use.

However, if the Supreme Court were to rule in the alternative in line with precedent, it will be questioned whether transformative use as a doctrine is being expanded. While it is unclear how the Supreme Court will rule, it is certain that the stakes are high as the decision has the potential to re-define boundaries in the art-world and beyond.